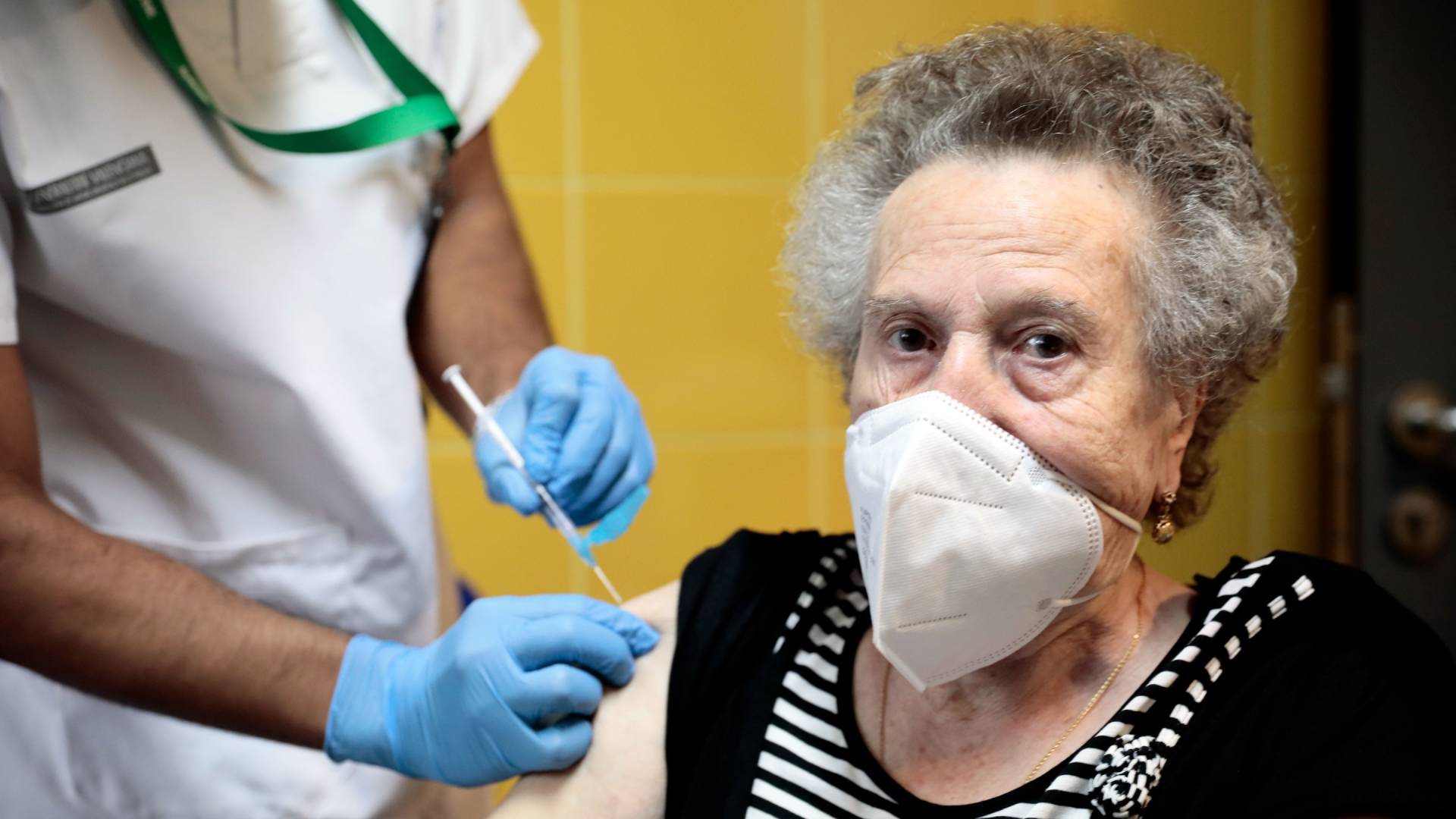 The risk of contracting COVID-19 in Spain for people who are not vaccinated is almost triple that for those who have the complete vaccination schedule, while that of die from the diseaseAlthough it hardly differs among those under 60 years of age, it skyrockets in the case of older people: it is 25 times higher in the age group between 60 and 79 and almost nine times for the elderly aged 80 and over.

This is clear from the data that the Ministry of Health has included in its latest daily report on the situation of the coronavirus epidemic in Spain, which estimate the different impact of the SARS-CoV-2 virus on vaccinated and unvaccinated people. The results indicate that the possibility of contagion is significantly higher for those who are not immunized in all age groups and that the consequences of infection also have more likely to be more severe among those who are not vaccinated, especially as they get older.

The most marked differences, both in the risk of infection and in the severity of the disease, are detected in the population from 60 to 79 years: its average weekly rate of infections in the period studied is 23.5 cases per 100,000 inhabitants for the vaccinated, compared to more than 180 cases for the unvaccinated, which represents a 7.7 times higher chance of contagion.

The smallest difference is seen in the range between 30 and 39 years, although the unvaccinated are almost twice as likely to be infected, according to Health estimates. In the population as a whole, the risk of contagion of the unvaccinated multiplies by 2.7 that of the vaccinated, that is, it is close to triple.

As for the consequences of these infections, the figures provided by the Government from the autonomous communities are also unfavorable for the unvaccinated. Among those under 60 years of age, without even needing to calculate a relative rate, it can be seen that there were many more hospitalizations of unimmunized people: 173 people between 12 and 30 years old and 830 between 30 and 49 years old, compared to 56 vaccinated people who required admission under 30 years of age and 538 above that threshold.

When calculating incidence rates, it is observed that the risk of being hospitalized is 14 times higher if one is not vaccinated from 12 to 30 years, almost ten times between 30 and 59 years and about 18 times for those aged between 60 and 80 years. In those over 80, it is almost nine times higher among the unvaccinated.

The possibility of ending up in a intensive care unit (ICU) or death, on the other hand, there are no major differences between vaccinated and unvaccinated patients under 60 years of age, Yes OK it shoots up from that age. The average weekly rate of infected and unvaccinated people between the ages of 60 and 79 who are admitted to the ICU is 6.9 per 100,000, while among those vaccinated it is 0.3, that is, 23 times lower. For those over 80, that ratio is even slightly higher, 24 times.

Those who remain unvaccinated and are between 60 and 79 years old are also the worst unemployed when evaluating the deaths: its rate is 2.5 per 100,000 cases, compared to 0.1 of those vaccinated, 25 times less. And among those over 80 years of age, the difference is almost nine times greater: 11.6 per 100,000 cases, compared to 1.3 when the vaccine has immunized the patient.

In almost a year of the vaccination campaign, Spain has managed to 38.2 million people are vaccinated with the full schedule, which represents 90.8% of the target population – those over 12 years of age – and 79.1% of the total population. Although it is a very high proportion -it is the fifth country in the world with the most fully vaccinated population, according to Our World in Data-, the rise in the incidence of COVID-19 in recent weeks worries the authorities, so the Government has decided to publish this data for raise awareness about the importance of vaccination.

Health estimates have been made from the contagions reported for eight weeks, from September 20 to November 14, and only include the 92,279 cases in which information on the vaccination status of the infected person is available, which means slightly more than three out of four infections in that period.

From there, it compares the infections of people vaccinated with the complete schedule – those who have not completed the schedule are excluded from the calculations – with the average number of people vaccinated each week according to the Vaccination Registry of the National Epidemiological Surveillance Network (RENAVE ), to estimate an average weekly incidence rate. For those not vaccinated, infections are compared with the weekly average number of unvaccinated people, which is calculated by subtracting those vaccinated from those over 12 years of age in the INE census of January 2020 or in the target population that appears in the Registry Vaccination, if it is higher.

Despite the complexity of the calculation since it does not include the entire universe of infected, Health highlighted this Tuesday in the report that “the incidence in fully vaccinated people is much lower than that observed in unvaccinated” and he pointed out that, “although the differences are smaller, the incidence in people who have received an incomplete vaccination schedule is also lower than in those who have not been vaccinated.”