Skip to content
Home News The University Coexistence Law, which sanctions plagiarism and hazing, has been approved | Society 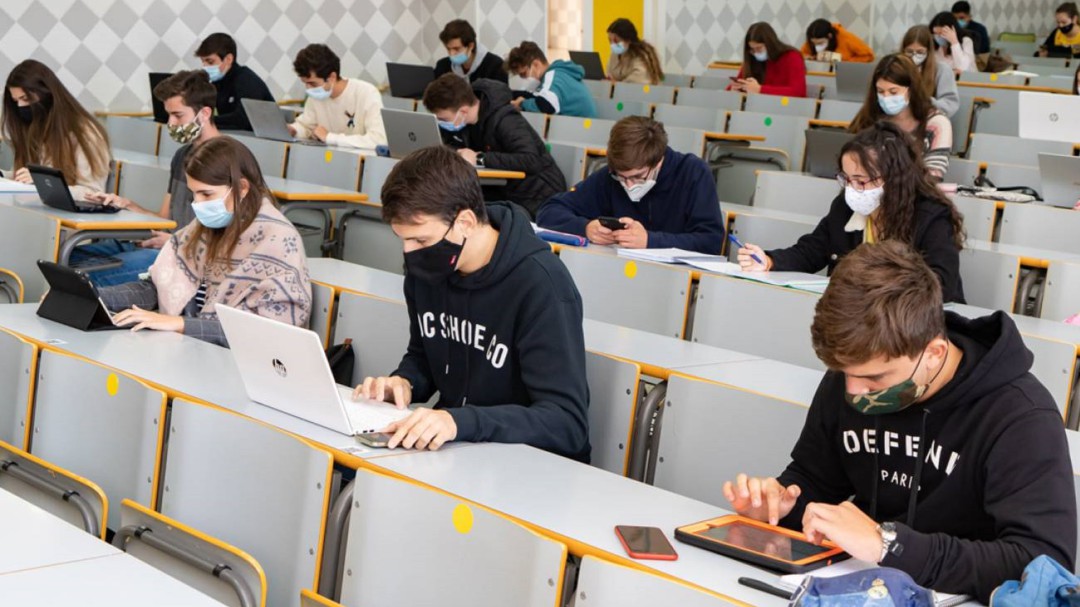 The University Commission of the Congress of Deputies has approved this Wednesday to send the University Coexistence Law to the Senate, which replaces the current one, which dates from 1954 and was approved by Francisco Franco. With 20 votes in favor of the PSOE, Podemos ERC and PNV, and 15 against PP, Vox and Ciudadanos, the rule continues its parliamentary processing, a measure that has led to the rejection of rectors and students considering that it dilutes the mediation mechanisms collected in the original text of the Government that came out in September of this year.

With this new law, all universities are obliged to have rules of coexistence, which incorporate mediation mechanisms as the preferred way to resolve conflicts, as well as prevention and response measures against violence, discrimination or harassment. In addition, the universities must create a coexistence commission, which will have to be joint and will be made up of representatives of the student body, the teaching and research staff, and the administration and services staff.

However, the initial text of the rule revolved around mediation, but after negotiations with Esquerra, the text leaves the management of coexistence in the hands of the centers, protected by university autonomy, which could be resorted to medication, or not, and this has drawn criticism from the university community.

Similarly, this rule considers hazing, plagiarism of End-of-Degree, Master’s or Doctoral Thesis, or harassment and sexual harassment as a very serious offense, punishing offenders with expulsion from the university for between two months and three years or the loss of partial enrollment rights during a course or semester.

A “democratic advance” thanks to a “solid majority”

The president of the Science, Innovation and Universities Commission, Gerardo Pisarello (En Comú Podem), explained in a press conference after the session was held that this law represents a “democratic advance”, since it repeals a Francoist rule of 1954, and has the approval of ERC, PNV, Teruel Existe, Unidas Podemos and PSOE, a “solid majority”.

In this way, he added, the dictatorship’s disciplinary regulations will be replaced by a coexistence law that “will change the punitive spirit.” “It is not a law designed to sanction, but to mediate so that the rights of the student body are guaranteed,” he said.

In addition to the amendments negotiated in its day by UP, PSOE and ERC, the Commission has endorsed half a dozen amendments proposed by the PNV to guarantee regional powers and introduce the “mandatory” nature of mediation, as included in the initial text sent by the Government to the Cortes.

Rectors and students, dissatisfied with the norm

The president of CRUE-Student Affairs and rector of the University of Murcia, José Luján, has considered positive that one of the PNV amendments recovers “the obligation to maintain the mediation mechanism, previously optional, and puts the law in the scheme in which we worked before with the Ministry of Universities and the student body “.

However, “there are two negative points, such as the disappearance of the reference to article 141.1 of the Constitution, which says that it is the responsibility of the State to regulate the basic conditions that guarantee the equality of Spaniards in rights and obligations”, thus there will be no “common minimum” for the university system.

“It is worrying that it is eliminated because there must be equal conditions on the campuses (coexistence and disciplinary regime),” added Luján, who has also censured that in other of the amendments approved today “the autonomous communities have appeared as an instance to intervene “. Consequently, “where before there was only university autonomy, now the communities can enter to regulate, subtracting autonomy”.

As a final result, a project that had a great consensus of the rectors, students and Minister Manuel Castells around the idea of ​​moving “the disciplinary to the promotion of coexistence and the peaceful solution of conflicts on campus, based on mediation “becomes” in the hands “of each center.

On the other hand, the Permanent Commission of the State University Student Council has affirmed that betting on coexistence “is not to reform its entire structure, leaving each university the power to regulate it and eliminating any common framework that guarantees equality.”

For its part, the ministry has indicated that this law “establishes a new framework for university coexistence, in line with democratic principles, and the full exercise of fundamental rights and basic freedoms, including that of demonstration, assembly, association and strike, of the group of estates of the university community ”.