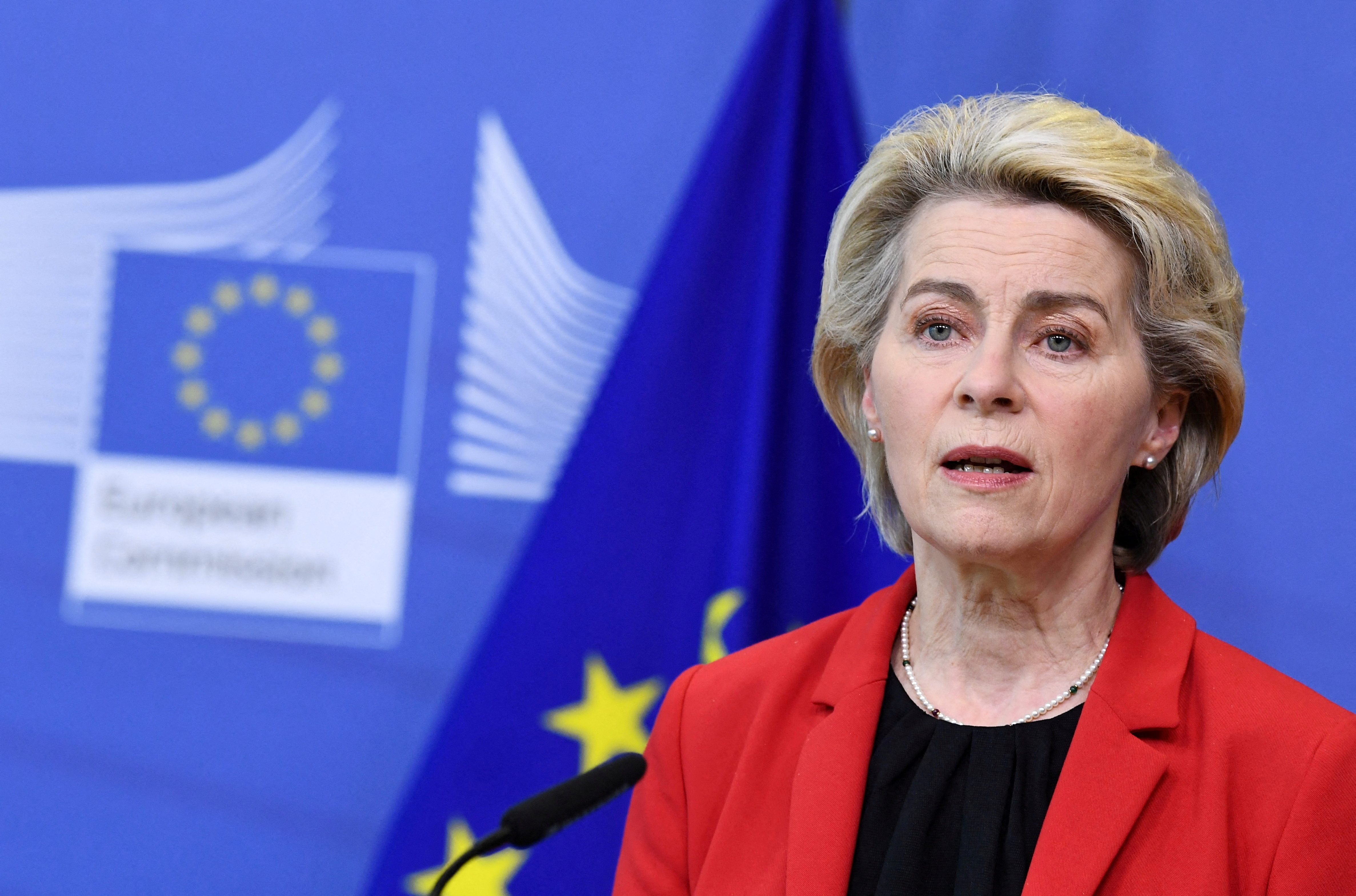 To try to prevent Europe’s energy dependency on Russia and grim prospects for supply shortages from adding further tension to the Ukrainian crisis, US President Joe Biden and European Commission President Ursula Von der Leyen have issued this Friday a joint statement in which they exhibit unity to send a message of calm: there will be no shortages.

“We are working together to achieve a continuous, sufficient and timely supply of natural gas to the European Union from various sources around the world to avoid supply interruptions, including those that could result from a new Russian invasion of Ukraine,” it can be read in the text, in which they also commit to “the security and energy sustainability of Europe and with the acceleration of the global transition towards clean energy”. “The United States is already the largest supplier of liquefied natural gas to the EU. We are collaborating with governments and market operators to supply additional volumes of natural gas to Europe from various sources around the world.”

As part of this search for new suppliers, Biden plans to speak next week, according to sources cited by the Reuters agency, with Sheikh Tamim bin Hamad al Thani, emir of Qatar, with whom Von der Leyen has also spoken this week, according to European Commission sources. It is one of the world’s largest natural gas producers, which already collaborated in 2011 in previous crises, such as the Fukushima disaster. This US mediation would be aimed at convincing recipient countries of Qatari energy to redirect part of their reserves to Europe.

The tense situation threatens to blow up Europe’s energy security. Moscow is the EU’s main source of gas; it contributes 40% of imports of this fuel on which the Twenty-seven are absolutely dependent: the community bloc buys 90% of the gas it consumes outside its borders. The volatility of the crisis has led the Commission to study, together with Washington, what to do in the face of a possible closure of the gas handle, in the event that the sanctions for a possible Russian invasion of Ukraine trigger a disconnection with the neighbor to the East or in the face of Moscow’s decision to use the fuel as a tool of pressure against the West.

This plan would consist, on the one hand, of increasing imports of liquefied natural gas, convincing the countries of the Persian Gulf, such as Qatar, to increase supplies to the EU. On the other hand, in negotiating with Asian countries, such as South Korea, so that they send part of the fuel that they have already contracted to Europe, through swapsas community sources have outlined this Friday.

Within the Commission, however, the voices that ask for calm and others that see the matter with a worse color coexist. The situation is “black on the verge of black”, in the words of an expert official in the matter who gives credibility to a recent study, also pessimistic in tone, published this Thursday by the group of experts Bruegel, based in Brussels. “If Russian gas stops flowing, measures to replace supply will not be enough,” warns this analysis. “The European Union will have to curb demand, which implies difficult and costly decisions.” Germany, highly dependent on Russian gas, would be the country that would come out worse off; The Baltic countries and the rest of the Eastern EU partners would follow. “Liquefied natural gas alone will not be enough to replace the drop. 90% capacity is already being used. And there is little room to add to this, ”says Simone Tagliapietra, an analyst at Bruegel, and co-author of the study.

Other sources from the Commission, less terrifying, assert that they are working “closer than ever” with the United States to be ready and face what they call “counter-sanctions”, a possible response from Moscow to the historic sanctions with which it threatens The West if Russia puts its boots on Ukraine. And they believe that it will be possible to get out of a possible partial or total shutdown of supply (they see this scenario as “unlikely”) through an increase in imports of liquefied natural gas, although this could entail a high cost, because the shortage of demand would raise prices considerably. “We cannot say that we are in a crisis, but it is true that the situation this year is more difficult,” they acknowledge from the Commission. “And we still have gas in the reserves,” they add, although these are currently at 40%, about 10 percentage points below last year’s reserves.

In this context of searching for suppliers willing to increase gas shipments to the EU, Brussels has also been negotiating with Norway (a partner that currently supplies around 38% of the EU’s gas, according to the Commission); and is preparing for next week a high-level meeting in Azerbaijan, a country that sends gas from the Caspian Sea to southern Europe through the so-called Southern Gas Corridor, a gas pipeline inaugurated in December 2020. At the moment, this covers a residual amount of the demand, but the Baku authorities believe it is feasible to increase the flow in the short term, according to community sources, who add that they are also in “close contact” with other partners, such as Algeria and Egypt.

The demonstration of transatlantic unity – which also sets itself “the objective of guaranteeing the energy security” of Kiev and its “progressive integration into the EU gas and electricity markets” – comes at the end of a week in which the Department of The State has repeatedly sent the message that if Moscow invades Ukraine, the United States will boycott the Nord Stream 2 gas pipeline. This project has been ready to be activated since September, and would mean doubling Russia’s gas supply to Germany directly by Baltic Sea.

For its part, “the European Commission will intensify work with the Member States for security of supply, within transparent and competitive gas markets, in a manner that is compatible with long-term climate goals and reaching net zero emissions by 2050,” it continues. the joint statement. Biden and Von der Leyen also call on “major energy-producing countries to join in ensuring that global energy markets are stable and well-supplied. This work has already begun and we will take it forward at the US-EU Energy Council meeting on February 7.”