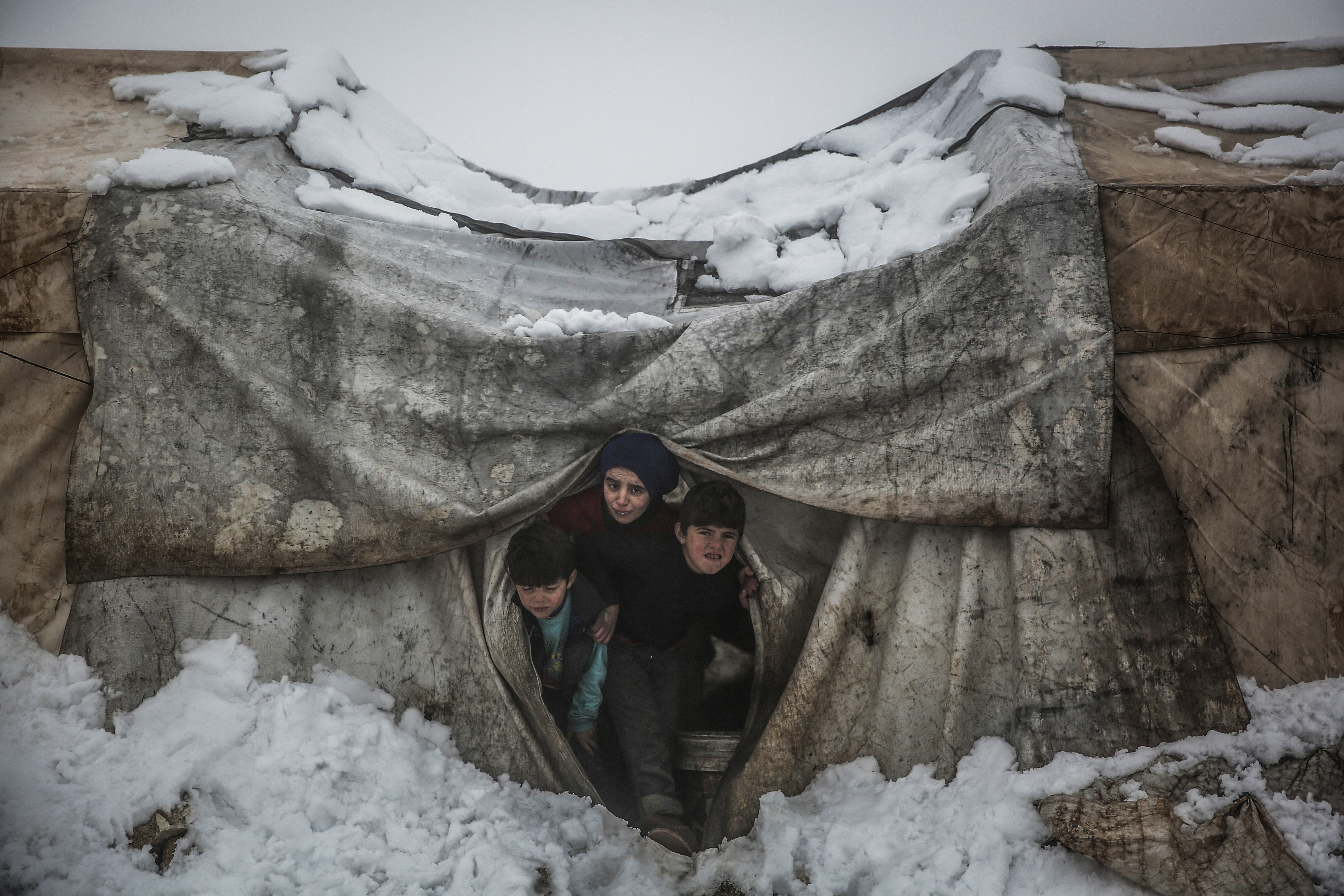 In 2021, despite the highest GDP in history and the increasing availability of vaccines against covid-19, life expectancy fell by 1.5 years globally. Today, one sixth of humanity, 1.2 billion people, lives in conflict-affected territories. The number of refugees and displaced by wars and violence reached a record figure in 2020 (yet another year) of 82.4 million. A woman or girl is murdered every 11 minutes in the world by her partner or a relative of hers. Every day, 2,400 million souls get up without knowing if they will eat before the end of the day, 800 million go hungry. Global warming threatens the lives of 40 million, who could die from high temperatures, most of them in developing countries.

Humanity had reason enough to be distressed even before covid-19 burst into our lives. Also for the opposite. But the progress experienced in the 21st century was not enough to mitigate the sense of uncertainty and injustice triggered by growing inequality and climate change. These are the factors highlighted by the United Nations Development Program (UNDP) to explain that six out of seven citizens on the planet experienced feelings of insecurity, according to a study published this Tuesday. And the pandemic, they estimate, has worsened that feeling.

“Citizens no longer trust the future even though, according to traditional development indicators, we are the richest generation in the history of humanity, we have extraordinary technologies and our levels of education are higher than ever,” he explains by video call from New York UNDP Administrator Achim Steiner. The data provided by the report New security threats in the Anthropocene era, question the idea that development reduces insecurity. “The feeling is subjective, but the data of how many people experience it is empirical”, defends the expert. A comfortable life is no longer a guarantee of tranquility. “Countries with some of the highest levels of good health, wealth and education show higher levels of anxiety than even ten years ago,” the document points out. Inequality, injustice, conflicts and climate change were the great generators of uncertainty, according to the UN body. The pandemic has added to that list.

In this sense, the UNDP underlines that the high sense of human insecurity points to the limitations of evaluating policies and measuring progress by observing only economic indicators. “Human security consists of living free from want, fear and indignity. It is about protecting what matters most to us humans in our lives”, recall the authors of the document on the UN definition, from 2012.

See also  Body found during hunt for missing uni student, 21, who disappeared after night out

The UN Development Program once again underlines in this report that we are in the Anthropocene era, which means that human beings are responsible for what is happening on the planet, for the worse – climate change, wars, inequality – or for the better. “It all depends on the decisions that are made,” he notes. “Facing global challenges and risks in competition with each other has no chance of success. Solidarity has to be at the center, because we are interdependent. The challenge is to be able to translate the risks into something that strengthens our ability to tackle them together.”

In the president’s opinion, the pandemic has been “the most dramatic illustration” that only by collaborating can security be restored. One that does not provide “the walls that separate us from supposed enemies,” he clarifies, but rather the one that gives having a plate of food on the table, a roof, a family, peace, health… The international community suggests the UNDP has to focus on solving these problems and guaranteeing such rights. In short, in pursuing and achieving the UN Sustainable Development Goals for a more just, peaceful world and a planet that is still habitable by 2030.

“Humanity in the 21st century must understand that this concept of human security is less and less defined by a territorial sense. We will not be able to face global threats by facing each other and without counting on the others, ”Steiner analyzes in a video call from New York. “The number of people fleeing their homes, whether as internally displaced persons or refugees, has reached record levels. There are indications that we are perhaps at an unprecedented level of conflict.”

“Perhaps it is not a coincidence that, in the midst of a pandemic, at the beginning of 2022, we are not seeing a world coming together, but more and more examples of tensions and conflict within countries. The drums of war are sounding, a situation contrary to what we should intuitively be in,” warns the administrator of the UN development agency. It is also not by chance that 10% of humanity has mental health problems, according to Steiner. “It’s a symptom and a driver of insecurity,” he argues.

“It is not unavoidable”

Being in the Anthropocene era means that human beings have in their power the ability to destroy, but also to transform life on the planet. For now, the data shows a course towards a bleak destiny. But in the hands of humanity is the rudder and the roadmap that guides towards a desired horizon, which are the SDGs. That is the message that the UN wants to send. “With this report on human security, at a dark time for humanity in the midst of a pandemic, we seek to make it clear that this is not inevitable. The trends are very drastic in terms of inequality, health, climate and biodiversity loss… But we are facing an extraordinary opportunity. Perhaps it is not an accident that the first message that emerged in the pandemic is that we have to build back better, come out of this crisis with a recovery that does not take us back to where we were in 2019, “explains Steiner. For this, he says, we must flee from the pessimism that paralyzes and is defeatist, and detach from the status quo and the business as usual.

Countries with some of the highest levels of good health, wealth and education show higher levels of anxiety than even ten years ago

“Frankly speaking, the risk that we just go back to where we were before is high. We must not take it for granted that we will move forward; Unfortunately, economic interests or polarization do not allow the kind of bold and visionary decisions to be made that have defined the moments of coming out of a crisis in history, such as after World War II or the Cold War. However, we have also seen how we have lost those opportunities over time. The Sustainable Development Goals are at this moment the greatest opportunity humanity has to focus on shared interests”, concludes Steiner.

See also  The alleged victim of Andrés de Inglaterra received 500,000 dollars from Epstein in order not to initiate a judicial process | Society

“Who can the citizens trust? What institution can they feel is protecting them or is going to do so?

―It is very likely that they place their trust in their immediate environment, in their community, in people they work with. Institutions in general had already lost a lot of credit in recent years. Because of a growing sense of inequality, of injustice. In a world where there is so much wealth available, why do we still have hundreds of millions of people living in extreme poverty? Why is there such an extraordinary contrast between those left behind and those who have succeeded in this 21st century economy? The erosion of trust is also something that is rapidly driving further human insecurity. A social contract is based, in our societies, on the election of representatives who govern on our behalf; if governments are unable to deliver, we will lose confidence in them. And people are looking for alternative ways to participate and unfortunately it can sometimes be a breeding ground for extremism. Political radicalisation, alienation and extremism are increasingly defining the political landscape of countries around the world.

For those who are skeptical about the call for solidarity that the UNDP makes in its study, the administrator has a few words: “It is the only way forward. Yes, this is not easy and many times we have failed, but human history is also full of examples of the opposite”. One of them is the birth of the UN itself “at a time when the world had been torn apart”. Its greatness was not that nations came together, Steiner explains, but that the body embodied the idea that countries needed better ways to resolve their differences. “And that idea is still as relevant or more relevant today in the 21st century than it was in 1947.”