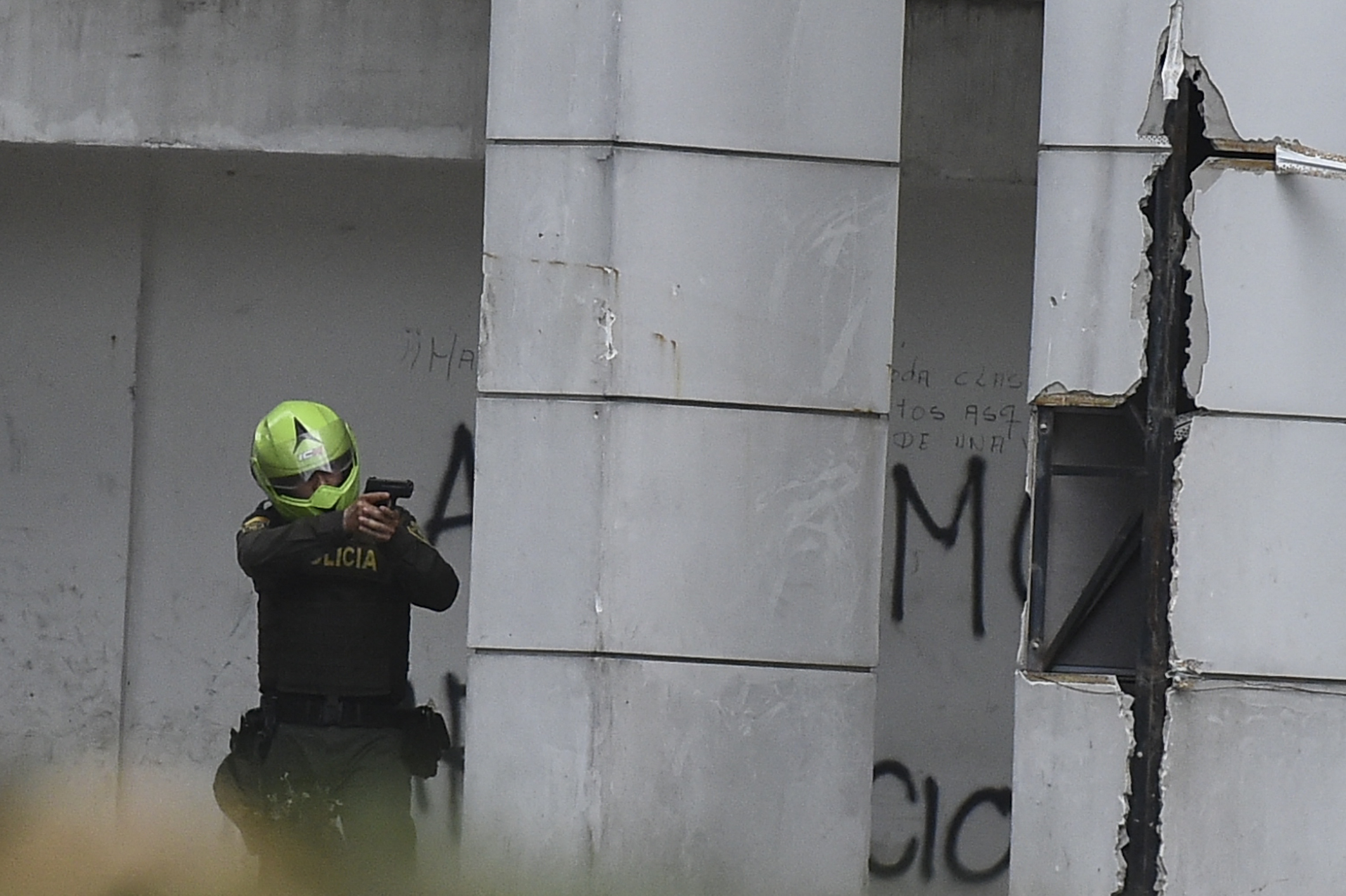 “There are well-founded reasons to maintain that serious human rights violations have been committed, such as arbitrary deprivation of life and violations of personal integrity and security, derived from the unnecessary or disproportionate use of force; arbitrary detentions; sexual and gender violence; and acts of discrimination and racism ”. That is one of the conclusions of the report Lessons learned and observations from the 2021 National Strike, presented this morning in Geneva. This is the second document presented by the UN this week on violence by the Colombian security forces in demonstrations. The first was an independent investigation into the September 2020 protests in Bogotá that concluded that the police killed 11 people. The latter, on the revolts of the national strike of 2021 that generated a deep political crisis in the government of Iván Duque, blames the public force for at least 28 deaths.

The current report could increase the Executive’s annoyance with the UN. Since Tuesday, Vice President and Chancellor Martha Lucía Ramírez had addressed some strong words to Juliette de Riveros, representative of the High Commissioner for Human Rights for the document related to Bogotá, which stated that the Police had caused a massacre of 11 people . Ramírez said he was concerned about the UN’s participation in an event that he called “political activism.” Defense Minister Diego Molano also considered it “unacceptable” to label the actions of the police as a “massacre”.

And although that term is not used in the document on the National Strike, the UN Office does affirm that between April 28 and July 31 it received information of 63 deaths in the context of the protests, of which it was able to verify 46 (44 civilians and two police officers) and that there are “reasonable grounds to affirm that, in at least 28 of these deaths, those responsible were police officers”.

The investigation indicates that 10 of these 28 deaths involved agents of the Mobile Anti-Riot Squad (ESMAD) of the National Police and that “non-state actors have killed 10 people.” There is not enough information about the others to establish authorship. Another of the most serious complaints is sexual violence. The Office learned of 60 complaints of sexual violence allegedly committed by the police, of which it was able to verify 16 and assures that there was an omission on the part of the State in the face of the violent actions of people dressed in civilian clothes against protesters, as happened in Cali.

One of the main conclusions of the UN is clear: “In the future, the State of Colombia must show restraint when resorting to dispersal and the use of force, in accordance with international standards” and recommends a profound transformation of the Riot Police .

The report is based on 623 interviews with victims and witnesses and the forensic analysis of 83 videos of 2,414 pieces that initially arrived. And it also included the fatal acts of violence of protesters and other people against the public force and documented the destruction of public and private property. “The Office learned of some situations of roadblocks and closures that negatively affected or impeded the exercise and enjoyment of human rights,” says the report, although it assures that the protests were mostly peaceful.

The social outbreak that Colombia experienced began with a call against the tax reform promoted by President Iván Duque, which was finally withdrawn. But it worsened after police repression during the first days of demonstrations. As the days passed, the situation deteriorated and police brutality generated alerts from various international organizations.

The UN’s conclusions coincide with those of the Inter-American Commission on Human Rights, which “found that the State’s response was characterized by the excessive and disproportionate use of force, in many cases, including lethal force.” The Commission also recommended separating the Police from the orbit of the Ministry of Defense, on which it currently depends instead of depending on the Interior.

The UN report says that “the degree of criminalization and stigmatization of the protesters has been worrying, including by the media, linking them to acts of vandalism or even alleging acts of terrorism.” And it recommends to the Government of Iván Duque that it must prevent and prosecute abuses committed by third parties against protesters.

The document also indicates that a unified registry of “deprivation of liberty with real-time information, including information on transfers for protection, should be created to prevent and improve the search for disappeared persons.”

On the other hand, it suggests that a “technical commission of independent experts” be established, with people from civil society, “to review all the information available on the use of less lethal weapons by the Public Force.” And especially that it makes a “deep” reform to ESMAD “including a review of its protocols on the use of force and less lethal weapons and ammunition so that they comply with international norms and standards of human rights and the judgment of the Court. Supreme September 2020 ″.