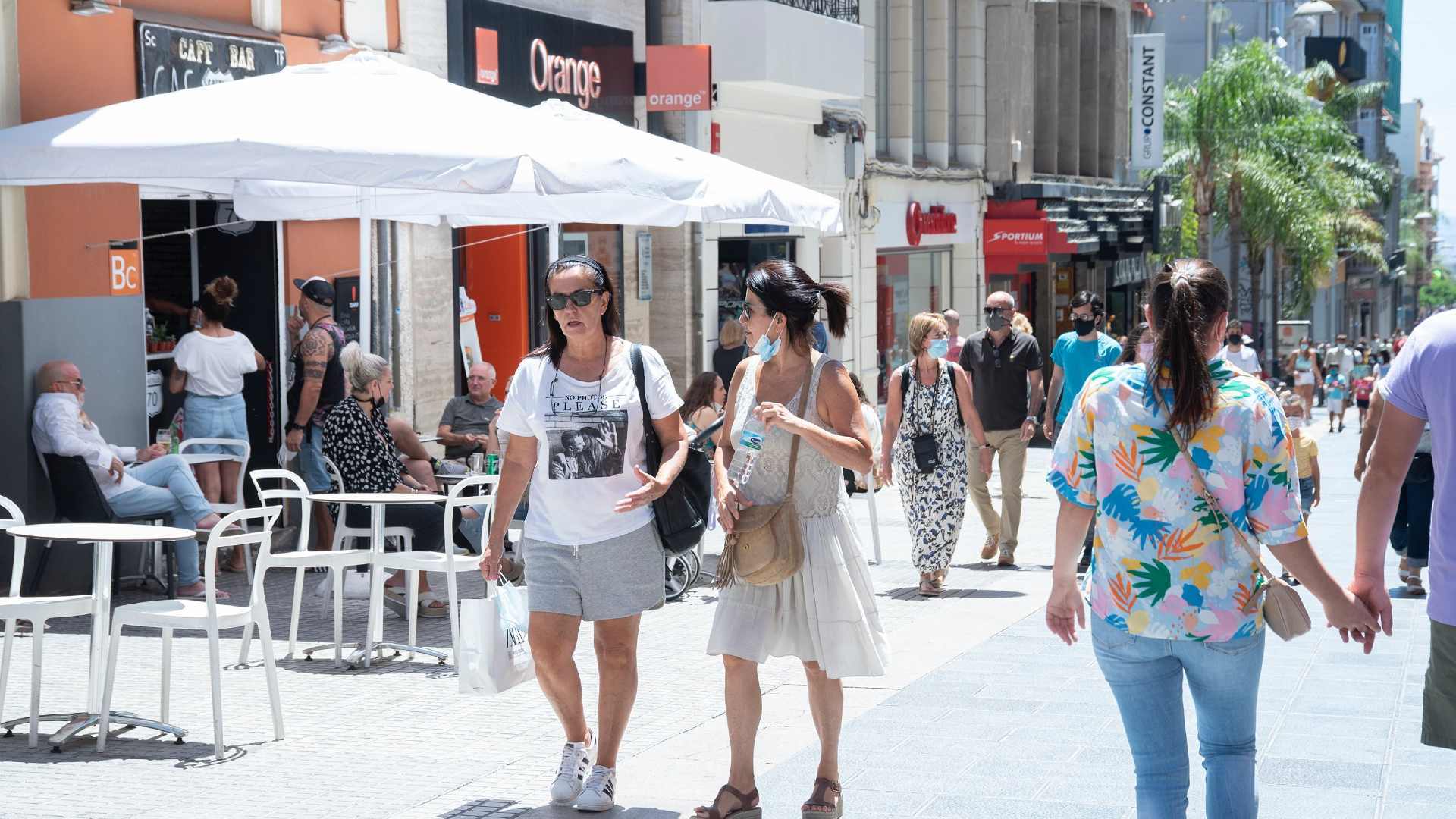 The Superior Court of Justice of the Canary Islands (TSJC) has given the Canary Government the endorsement of its voluntary system of requesting a COVID certificate to access certain establishments and spaces for public use.

In this measure promoted by the regional Executive, the holders will be able to request this document from those who wish to enter hospitality or nightlife venues. It would allow those responsible apply the capacity allowed in the COVID alert level immediately lower – for example, the 2 in Fuerteventura, where currently the 3- rules, and aims to stop the expansion of the coronavirus in the Islands.

Its judicial endorsement has been granted this Friday in a car by the Second Section of the Contentious-Administrative Chamber of the TSJC, when ratifying the sanitary measure agreed by order of the regional councilor of the area, Blas Trujillo, on November 29, which may apply maximum until January 15, 2022, being necessary to request a new judicial authorization in case of wanting it to be extended.

The president of the Canary Islands, Ángel Víctor Torres, has reported that the order will be published on Thursday, December 9 in the BOC and will be in force from December 10 to January 10. The measure will be subject to evaluation and, if necessary, a new judicial authorization will be requested for its extension.

“They officially inform us that the TSJC ratifies the use of the COVID certificate in #Canary Islands. Good news with the increase in cases. It is a control measure with which sectors such as leisure and restaurants agree. Christmas is coming: let’s be wise and keep pic.twitter.com/MKFVZ89BRH“

The decision has been corroborated by the three magistrates of the Chamber, who have determined that the capacity, number of people per group and closing times in force at all times for each activity and space at the alert level immediately lower than that existing on the island in question in the centers, facilities, activities or public buildings whose managers voluntarily choose to require their workers and users over 12 years and 3 months to prove, also voluntarily, the absence of active COVID-19 infection.

With this “reward” system, it is intended to reward in some way those responsible for establishments and public spaces that contribute in this way to create healthier environments safer and with a lower probability of virus transmission.

The order considers that the existing regulations, and, specifically, Article 3 of Organic Law 3/1986, of April 14, on Special Measures in Public Health Matters “grants sufficient coverage to the adoption of measures that imply the restriction or limitation of fundamental rights when fundamental elements of the same are not affected “.

The magistrates also emphasize that the requested measure “allows to maintain economic and social activity, making it compatible with the creation of safer health spaces in which the transmission of the virus is less likely, observing in this sense a greater benefit for the general interest” in a moment “of increase – of 34% – of the transmission of the infection”.

The court ruling warns that, “even though the current situation cannot be classified as serious, the existence of an upward trend in the evolution of the disease justifies the need to adopt preventive measures that prevent reaching past situations “.

This special prevention, he adds, is further reinforced by the arrival of the Christmas season, in which there is an increase in social encounters and activities in centers and places for public use, without forgetting that these months coincide in the Canary Islands with a high tourist season that determines an increase in the arrival of tourists to the islands, many of them from Europe, where the pandemic is currently a “bad evolution, due, to a large extent, to the low percentage of vaccination”.

A pending measure of the alert level

The requested measure It will not be applied uniformly throughout the territory of the autonomous community.a, since, since its application is directly related to the level of alert in which each island is, this will imply, for each one of them, an individual and detailed assessment, which will be adjusted at all times to the circumstances existing in each geographic area, they remember.

Therefore, they conclude that these initiatives are proportionate and reasonable, “resulting in that the benefit obtained for the general interest is greater than the damage caused to the assets or values ​​in conflict”

The increase in COVID-19 infections during the autumn in Spain is leading more and more autonomous communities to demand the COVID passport to enter nightlife and restaurants or to access certain services. In seven of them – Catalonia, the Valencian Community, the Basque Country, Aragon, Navarra, the Balearic Islands and Galicia – they have already implemented it or it will be mandatory immediately. Melilla has also adopted it and, in Murcia, the owners of nightlife venues can request it if they want to operate without capacity restrictions in the municipalities with less incidence. The Canarian model is similar to the latter.