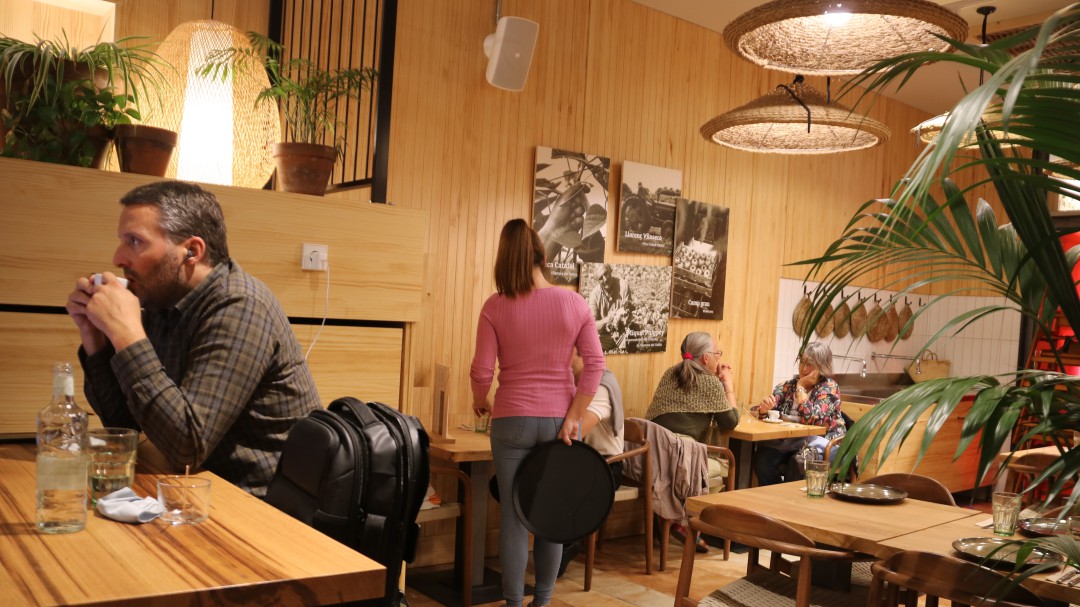 The Superior Court of Justice of Catalonia (TSJC) has endorsed the night curfew and limiting the meetings to ten people, as requested by the Government in the face of the sixth wave of the coronavirus, concluding that they are “suitable, necessary and proportionate measures,” especially ahead of the Christmas holidays.

In its resolution, the third section of the contentious court of the TSJC authorizes the Generalitat to apply during the next 14 days a curfew between one and six in the morning in populations of more than 10,000 inhabitants and with a cumulative incidence of more than 250 cases per 100,000 inhabitants, which will affect some 126 Catalan towns, including Barcelona, ​​its metropolitan area and the other provincial capitals.

Limit meetings to a maximum of ten people

The high Catalan court, which has endorsed the restrictions requested by the Generalitat against the criteria of the Prosecutor’s Office, also limits meetings to a maximum of ten people, both in the public and private spheres, except in coexistence centers , demonstrations and political events.

In addition, it validates that 70% of the capacity in religious acts and civil ceremonies and maintains the requirement to use the covid passport, which was already in force.

The Superior Prosecutor’s Office of Catalonia had asked the TSJC to reject the Government’s proposal by warning that these “severe” restrictions on fundamental rights are not “suitable” or “necessary” and that the arguments put forward by the Generalitat are not “sufficient” to limit fundamental rights.

On the contrary, the TSJC understands that these restrictions meet the requirements of suitability, necessity and proportionality, given the “risk of collapse” of healthcare services in Catalonia at the beginning of January 2022, when the Generalitat warns in its report that If it is not acted, it could reach 25,000 infections a day, due to the impulse of the omicron variant.

Faced with this situation, the Catalan high court estimates that the curfew, the limitation of meetings to a maximum of ten people and limiting the capacity to 70% in religious acts and civil ceremonies, which will come into force this midnight, are “ideal measures. “in the fight against the spread of the virus, especially during the Christmas holidays,” in which the jovial attitude, crowds of people and association with social interaction “can generate” a greater risk “of contagion due to the” relaxation of some precautions ” .

He also sees these restrictions as “necessary” given the incidence of the virus in Catalonia and “very especially” with the “scourge of the new omicron variant”, which can be increased in scenes of “super spread” situations that are intended to be avoided with the measures that have promoted by the Government now endorsed by justice.

The TSJC also considers “proportional” the measures it has authorized, taking into account the balance between the “reduced restriction of rights” that they imply with the “protection” of goods such as “individual and collective health and life.”

The court assures that “of course” it cannot “devalue” the significance of the content of the report that the Generalitat has sent it, in which it warns that the exponential growth of the omicron variant will collapse the healthcare services at the beginning of January 2022.

In its report, the Generalitat assures that Catalonia is in alert phase 4 due to the coronavirus pandemic – out of a total of 4- with a “very high” risk assessment, since it is in a phase of community transmission “no controlled and sustained “that can affect the response capacity of the health system.

The high court highlights that, according to the Generalitat, the omicron variant “is much more contagious” than the delta and that current data suggest that before the end of the year it will be predominant and that, if no additional measures are taken, it could reaching 25,000 new daily cases in January next year, “with a very high impact on the number of hospitalizations.”

In this sense, the Generalitat’s advisory council maintains in its report that the application of the measures proposed by the Government could help reduce the potential impact of omicron on the Catalan population by ten times.