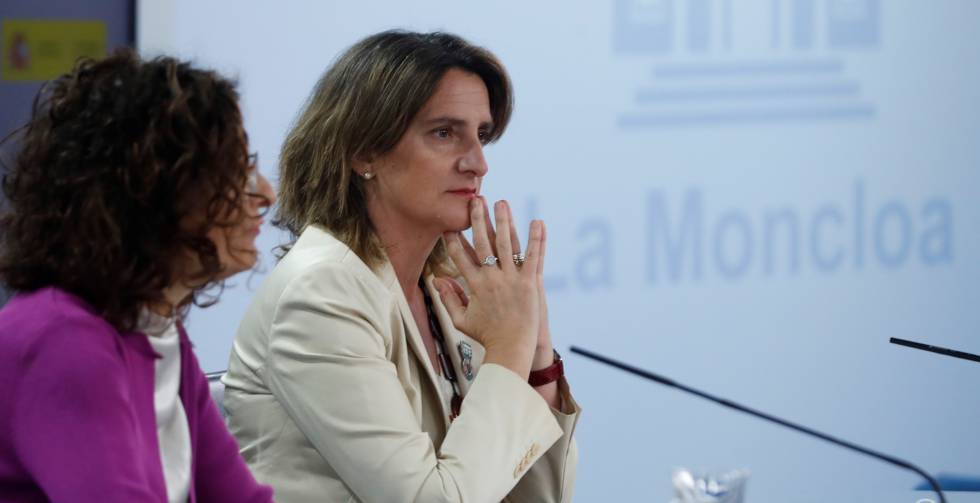 The tax cuts that the Government has been applying since June to domestic consumers in the electricity bill expire on December 31. Given that, far from improving, the escalation of prices in the wholesale market (pool) has become entrenched, with prices exceeding 200 euros MWh (225.7 euros / MWh for today), the Ministry of Finance already has above the table an extension of the measures, at least during the first quarter, which will avoid an average rise in household bills 42% from January 1.

According to political sources, if the tax cuts and the charges that make up the fixed part of the bill are not extended, together with the network access tolls (these are the responsibility of the CNMC and the former, of the Ministry for Ecological Transition) , the rise in consumers covered by the Voluntary Price for Small Consumer (PVPC) would experience a rise of 32%. On the other hand, for clients with contracts in the free market the increase would be 50%. These increases are the result of calculating an average price of 60 euros MWh and those that mark the futures for the first quarter of 2022.

Last June the Government lowered the VAT on electricity from 21% to 10% for one semester and eliminated the 7% tax on electricity sales for three months, which all generators pay and then transfer to the final price in the market . In September, it extended this last measure until the end of the year and lowered the special electricity tax to the limit allowed by law, from 5.1% to 0.5%. In addition, he approved a 96% reduction in charges of the electricity bill.

Taking into account the aforementioned wholesale price for the first quarter, and without the cuts now in force, the Administration would collect for the invoice 3,300 million euros. If, on the contrary, it extends them in that period, the collection would amount to 1,140 million euros, 2,166 million less. Even so, it would register a positive collection given the high prices of the pool, which are applied directly to consumers with PVPC, and on whose total invoice VAT is calculated.

As indicated by the Minister of Finance, Maria Jesus Montero, on October 12, during the presentation of the State Budget bill for 2021, the cut in these taxes, added to the 7% on generation, have meant a saving of “2,000 million euros for the self-employed, families and companies and, therefore, a reduction in the collection capacity of the State ”. In this sense, Montero advanced that “There is slack” in next year’s Accounts to extend the tax rebates applied in the first half of this year.

Regarding the electricity system, the practical disappearance of charges (which include the payment of the electricity debt, the premiums for renewables or the subsidies to the archipelagos) will mean a hole of about 2.6 billion euros until March 31. This is the amount that Transición Ecológica expected to collect from the reduction to large electricity companies included in the RDL of measures to ease the prices of electricity on September 14 and that, finally, was frustrated.

The reduction that is still in force, but from which all bilateral contracts (with end customer or intra-group) have been exempted, could be testimonial. The Vice President of Ecological Transition, Teresa Ribera, has tried another solution through an adjustment to renewables and cogenerators that receive a specific remuneration, but the lack of consensus has left the proposal up in the air.

It does not seem very likely that the Budgets will assume all this cost, so that the Executive would only have to securitize this debt and endorse it to consumers in term and with interest. The well-known tariff deficit.

Climbing. The tax collection of the Public Administrations for the electricity bill and the income from the auctions of CO2 emission rights rose in a normal year, with a wholesale price of electricity of 50 euros MWh of about 10,400 million euros. Despite the tax cuts approved by the Government to compensate for the sharp rise in energy, caused by the rise in the price of natural gas in international markets (which have reached over 100 euros / MWh) and the aforementioned rights of emission, the Treasury will enter this year for the electricity bill about 1,000 million more than in the two years prior to the pandemic. This derived from the rise in income itself due to high prices

CO2 rights. In the case of CO2 rights, the collection could exceed 3,000 million this year, of which the Government has committed to allocate about 1,100 million to the electricity system. The reduction of the charges of the fixed term of the invoice by 96% will earn a significant deficit in the system, which the Executive has not yet said how it will cover.