Skip to content
Home News The tomato is not natural, it is a treasure created by human ingenuity | Science 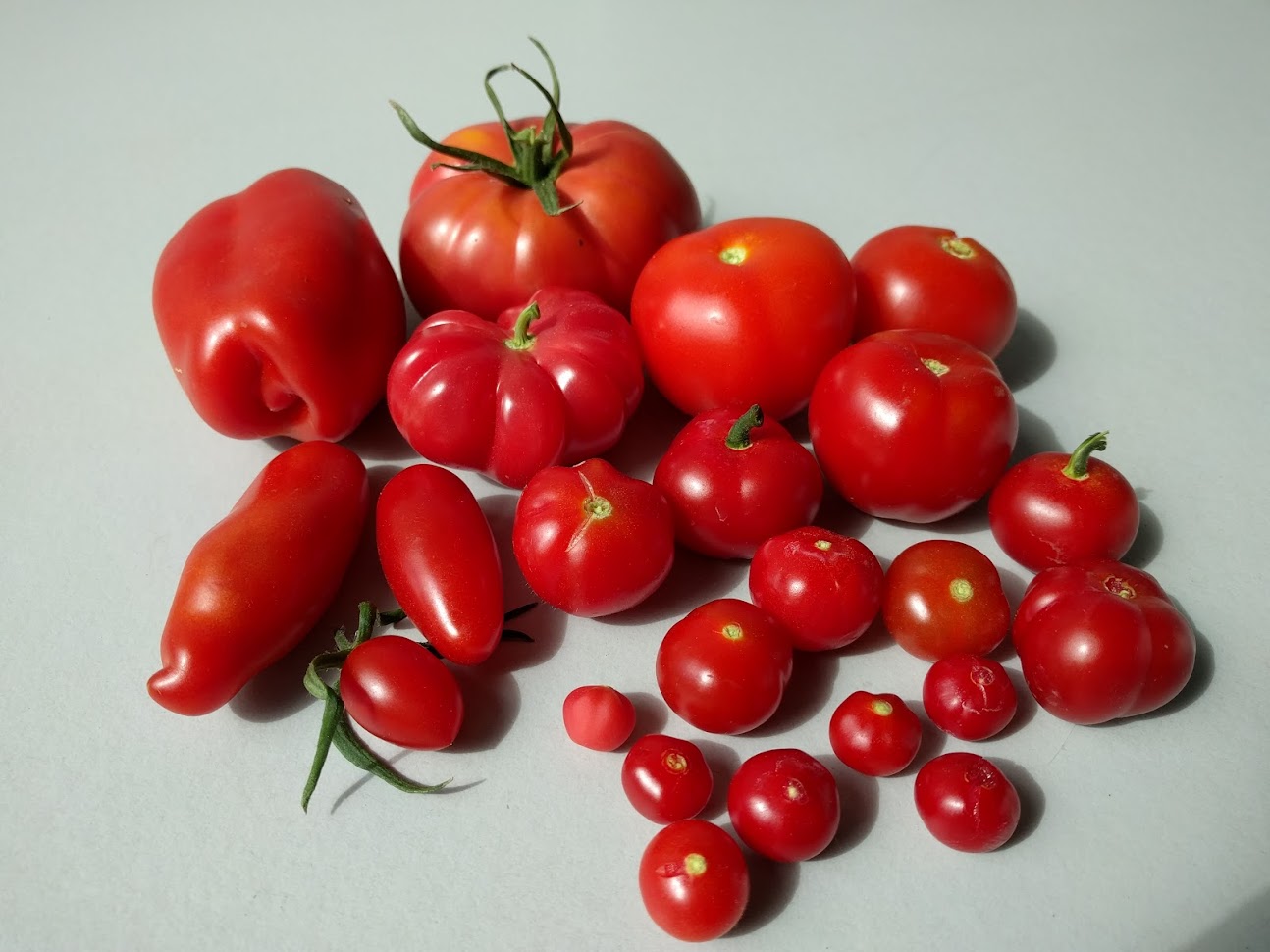 “The tomato is a natural treasure.” What can be more natural than a good tomato? It is true that it is a culinary jewel, but we owe it not to nature, but to a hard-working legion of farmers and breeders who have created it throughout a long and complex history, ranging from the first American agricultural cultures to current breeders. It is their work that has accumulated this diverse and living wealth. There are no large, juicy tomatoes in nature, no wheat to make fluffy bread or palatable corn.

We can venture that the beginning of the history of the cultivated tomato was located in the region that includes the north of Peru and the south of Ecuador, specifically in the strip between the foothills of the Andes and the Amazon jungle. This area, called Ceja de Montaña, coincides with the occupied one, between 3,000 and 2,000 BC. C., for the Mayo-Chinchipe agricultural culture. It was probably there that the domestication of the tomato began.

The living beings that inhabit our houses and our farms are not found in nature; in the forests there are no poodles, there are wolves and in the ancient valleys there was no corn, there was teosinte, a practically inedible herb. For centuries our ancestors were selecting, from among wild plants and animals, those they preferred and thus, little by little, they were humanizing them, they were bringing them closer to the human realm. This process is called domestication because the Latin word for house is “domus”, so to domesticate would be to bring the house closer.

The Ceja de Montaña currently has the greatest genetic and agronomic diversity of cultivated tomatoes in the world, and it is very likely that this diversity is a vestige of the long domestication process that took place there. In agronomy, genetic diversity is also useful, it is the starting material with which new varieties are built, that is why conserving that diversity is essential for the future of humanity, the creation of the varieties that will allow us depends on it. meet the challenges we face both today and tomorrow.

Genetics have allowed us to know what genetic modifications the first farmers selected. One of the first was the “fas” mutation; these mutants produce larger and somewhat misshapen fruits. Genes related to fruit shape and size were some of the most affected by domestication. Our current knowledge of these modified genes is such that we can recreate domestication, but instead of taking the thousands of years that were originally required, modern genetic engineering techniques allow us to pass in a few years and in a controlled way from a modest wild plant to a quasi-commercial variety, the equivalent of going from a wolf to a Chihuahua.

After the arrival of the Spanish to America there was a great exchange of crops between America and Eurasia. From the Old to the New World, for example, rice and wheat were brought and from America to Europe, among other crops: corn, potatoes, chocolate and tomato were brought. These long migrations must have implied a loss of diversity and, moreover, they were not the first, the tomato before being domesticated had already made a round trip, from the Ecuadorian coast to the Mexican jungles and from there, back, to Ecuador, although this time not to the coast, but to Ceja de Montaña.

At the beginning of the 16th century the tomato was already exhibited in different European botanical gardens, but we should not think that its adoption was immediate. At that time, vegetables had a reputation for being unhealthy and tomatoes also got that sanbenito. Its cultivation was relegated to the lower classes of Spain and Italy. The stories of the poor are not usually collected in official chronicles as diligently as those of the rich, but we know that tomato was consumed because, among other things, the theatrical authors of the Golden Age assumed that their audiences knew it. For example, in Agustín Moreto’s “Entremés de la mariquita” (1676) it reads:

How do you have nothing left? Oh a pout,

with chorizo, with roof rack, and with mutton,

with stubborn, that cheers the throats,

with its spicy tomato sauce,

with its garvanzos, and its vegetables,

and for you to finish some fritters.

At present the tomato is the most popular horticultural, we find it in numerous sauces, salads and soups, but in most of the planet its massive consumption is very recent; only from the second half of the nineteenth century did it become relevant.

However, despite its bad reputation, which lasted for centuries, and the little genetic diversity that crossed the Atlantic, Spanish and Italian farmers managed to generate a large collection of new varieties adapted to their local tastes and needs. For example, in Italy many varieties of small fruit were created and in the Balearic Islands, Catalonia and Valencia mutant varieties were popularized in ripening genes able to endure without rotting for months and that are still used today in some places to prepare tomato bread. .

The work of creating new varieties began to professionalize at the end of the 18th century when the first seed houses were created. These companies were in charge of providing seeds of proven and uniform quality to their clients. Somewhat later, in the 19th century, these professionals began to carry out systematic crosses to create new varieties. An example of them is the traditional San Marzano variety, one of the fundamental ones in the Italian industrial canning revolution of the late 19th century. San Marzano, the “official” variety of margarita pizza, was created by deliberately crossing two previous varieties “Re Umberto” and “Fiaschetto”.

The 20th century began with the rediscovery of Mendelian laws, and breeders immediately understood the relevance of this knowledge to their work. From that moment on, varieties began to be thought of as sets of genes, almost like mosaics made of Lego pieces. This made it possible to propose improvement programs in which some of these parts were deliberately replaced. Since then the improvement has continued to perfect its tools little by little, making them more and more precise. We are the inheritors of a tradition of genetic modification that began with the first farmers and that passed through those fledgling seed houses of the 18th century, but now we can move genes from one individual to another in a more controlled and precise way than our predecessors, and not We are not talking only about transgenics, but, for example, the incorporation of wild species in breeding programs, molecular markers, tissue cultures or sequencing or mass genotyping technologies. As we have already mentioned, with these modern tools we can even recreate the domestication process at a speed and with a precision thousands of times greater than that of our colleagues of thousands of years ago. A practical result of this improvement of the improvement is its contribution to the increase of food and, therefore, to the reduction of hunger. Despite the fact that, since the 1960s, the area used to produce cereals has remained constant, productions have doubled. This has allowed hunger to be reduced even though the world population has multiplied by one and a half. The effort invested in the generation of increasingly productive and efficient varieties is continuous.

The industry is often accused of having destroyed the flavor of the mythical traditional tomato, but this loss of flavor is due, above all, to the consumer’s demand for cheap tomatoes throughout the year. Tomato was always a seasonal crop and having it outside of it required forced cultivation, longer postharvests and long transports. All this is not new, more than a hundred years ago, at the beginning of the 20th century, breeders and consumers were already complaining about the lack of flavor, they were already fully aware of the problem; What is new is that current breeders are managing to overcome these obstacles, reaching affordable tomatoes with better and better flavor even out of season.

Tomatoes today are a human creation, the fruit of a long history that spans many agricultural cultures and traditions, and thanks to it, a flourishing agricultural diversity has been gained, fed by the cultural diversity of the people who have appreciated, cultivated and consumed them. We create our tomatoes by humanizing them and this is not the exception, but the rule. All crops were domesticated, transferred from one region to another and modified to adapt them to our diet and to our different cultures. Their history is our history and this is not surprising since they are our creation, we have changed them and they have changed us. When preparing a salad or savoring a salmorejo we are being part of this long shared history.

Unfortunately, this is a story that is often forgotten and whoever forgets their roots not only loses an important part of their identity, but risks making the wrong decisions about how to face their future. The profession of the breeder, at present, despite its relevance rarely appears in the media, it remains invisible. What’s more, when there has been talk about the creation of new varieties it has been mainly in long absurd debates that have resulted in banning the use of some of the new tools that could have been added to the breeders’ workshops. It is not surprising that some of these professionals have told us that they prefer that society continue to ignore them. But we believe that it is not only fair to recognize their work, but it is vital for our future to support them so that we can continue to build a world in which we have to feed almost eight billion people in the midst of climate change that must be add a severe shortage of good quality arable land. The story is far from over and the choice to tackle these problems using the best tools available or by tying one hand behind our back is ours.

Jose Blanca and Joaquin Cañizares They are professors of genetics at the Polytechnic University of Valencia.