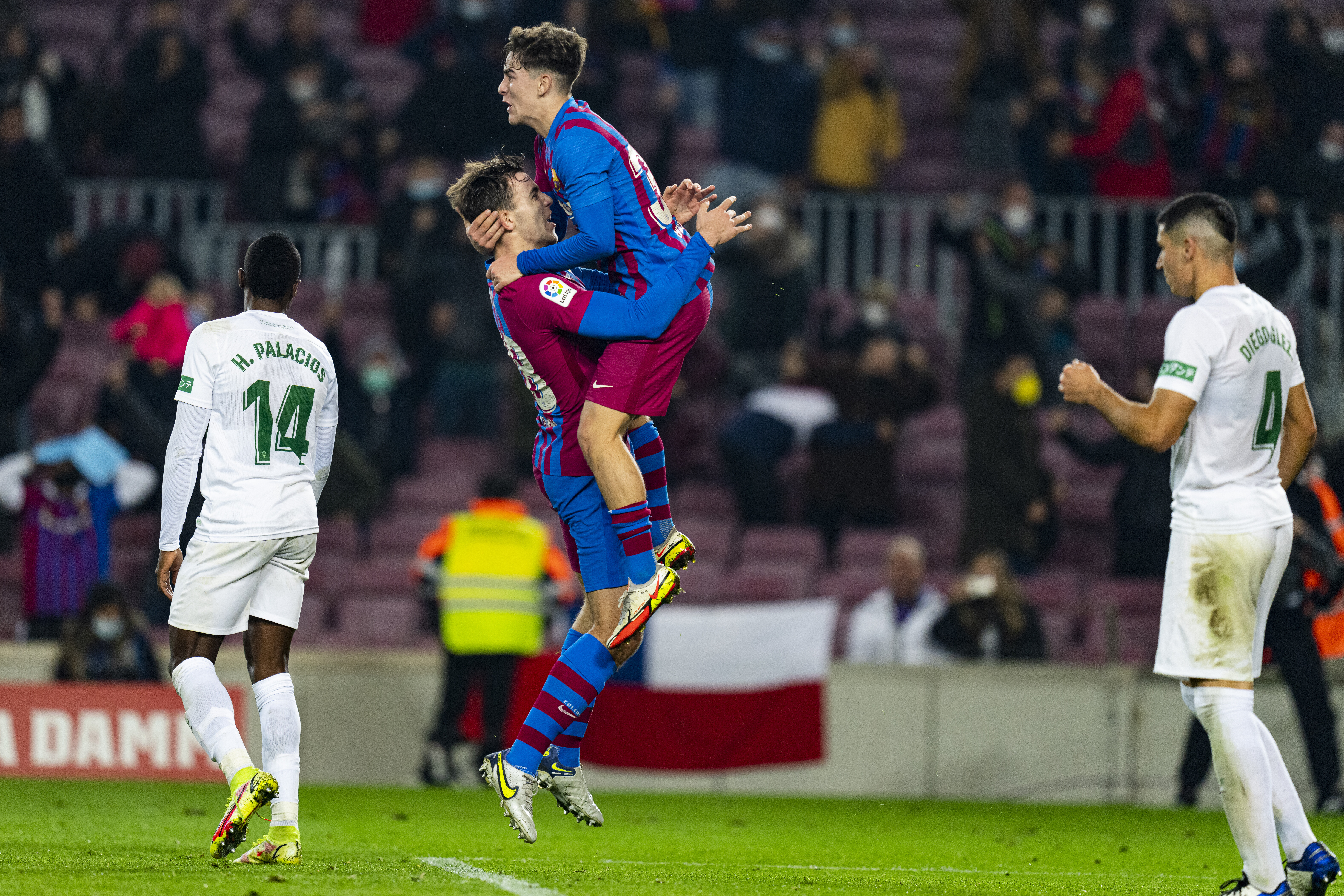 Barça abandoned the harmful label that accompanied it in recent times in Mallorca. That “this is what there is”, pronounced by Piqué after the draw in Cádiz, joined the team like a limpet. It was the comfortable diagnosis that exacerbated the general discouragement at the club. The sticker, which already denoted adherence problems in recent matches, was permanently detached at Son Moix. This is what there is par excellence – a lineup made up of young players, almost unknown in several cases, questioned substitutes and people out of their natural positions – grabbed hold of the game and won it.

The victory places Barça in fifth position in the League at the end of the first round, one point behind the fourth (Atlético de Madrid) and two behind the third (Betis). Behind him is a team (Real Sociedad) that seemed unattainable a month ago. The anguishing goal set by Barcelona this season is more than feasible: reaching a place among the top four in the championship, guaranteeing a place in the next Champions League and managing the signing of one of those stars who in no way accept to play the Europa League.

Hit by the omicron-covid, a furious team that has decided to join the championship without permission, the match against Mallorca met the perfect conditions for the defeat of Barça, which in its previous version found better reasons to justify disappointments than to show character of a great club in adversity. Xavi did the opposite. “We are Barça,” he declared in the run-up to the match. Then he sewed the alignment as best he could.

The victory was not anecdotal, nor was it miraculous. It will figure among the most important of the season because Barça achieved a very high return in the worst possible conditions. He played above what was expected in the first half – dominance, chances, a goal, two shots on the sticks, good overall stroke – and rediscovered the goalkeeper that is Ter Stegen in a portentous stop, arm designed in the Marvel factory.

Barça’s progress corresponds to the exceptional contribution of its young people and the general involvement. It is possible that no one will speak of Ilias, Ferrán Jutglà or Luuk de Jong -the starting forward in Mallorca- when Depay, Ansu Fati and Dembélé return, Ferran Torres makes his debut and perhaps Morata lands, but their contribution should not be forgotten in the last match of the first round. It was about editing this is what it is multiplied to the cube, but the answer was irreproachable.

The situation of Barça leads to a paradox that affects all of Spanish football, represented in the team that will attend the World Cup in Qatar. There will be no team that contributes more number of players to the call-up of Luis Enrique, an irreducible believer in the talent of young people with no other credentials than their immediate impact on one of the most critical moments in the history of FC Barcelona.

Under normal conditions, no one would be surprised to see Ansu Fati, Pedri, Gavi and perhaps Nico González on the World Cup list. Busquets and Jordi Alba will hardly be missing. Eric García always enters the coach’s calls. Ferran Torres is a permanent fixture. If Morata signs in the winter market, half of the Spanish payroll in the World Cup would be made up of players from a team for which nobody gave a euro two months ago.

Among many other of its characteristics, soccer invites contradiction and schizophrenia. On the “this is what there is” of yesterday, already in a clear process of improvement, a team will be built that is bound by history and prestige to play a relevant role in the World Cup.