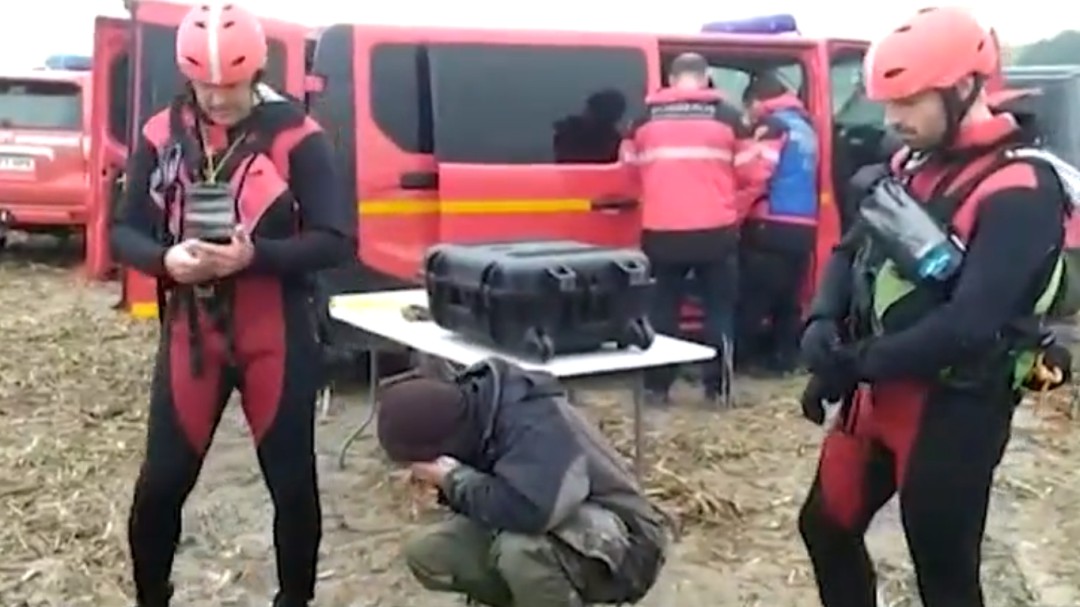 The flooding of the Ebro that has been experienced during these last days in Aragon has left images to remember. Among them is that of the farmer David Alcalde, who burst into tears last Wednesday after the local authorities confirmed that his animals had survived the floods in Novilla (Zaragoza). And, after seeing the corpse of one of his sheep, he thought he had lost everything.

However, it was not so. After several hours of bewilderment, the firefighters approached David Alcalde’s farm using a drone. Once there, the thermal camera installed in the vehicle showed that the sheep were in perfect condition and that there were no casualties. Despite the fact that water had surrounded their farm, and there was no way of knowing if the animals had been saved, the drone did the rest.

The more than 1,000 sheep are in perfect condition

For the same reason, and as soon as they discovered how they could access the farm, the firefighting team went to the farm to check that everything was in perfect condition. After recording several videos with their mobile phones to show that the cattle had survived the flood, the fire team decided to share it with the shepherd so that he could see that everything had gone well.

This is the moment when David Alcalde, a shepherd from an area affected by the flood, is confirmed that his cattle have survived the floods.

The firefighters were able to verify by drones that the sheep were still alive. https://t.co/VjKzBgo9IT pic.twitter.com/mzalcVFdDI

All this through a mobile phone, from which they taught him that the area where his animals were found was completely dry. Also that his dogs were in perfect condition and that his more than 1,000 sheep had survived the flooding of the Ebro. A piece of news that established calm after a whole night of confusion and that caused the tears of a farmer who thought he was over all for him.

Despite the fact that he saw one of his dead sheep at two in the morning, which made him fear the worst, the confirmation that the rest are well has changed his life. This has been explained in statements to Spanish Television, where he assures that he has been reborn: “I have risen.” From his point of view, the fact of having lost all his sheep would have ended his main activity and he would not know very well how to get ahead.

In an interview for Espejo Público, the rancher explains that he has been doing everything possible for a week to escape the river because, as he went up, he was taking fields: “I have been checking the river until it has beaten me.” At the time, David Alcalde admits that he did not dare to enter because the water reached his waist and there was a lot of current. However, the fact that his cattle are in good condition has changed his life: “I have come out of this. I have seen the wolf’s ears, the whole body and even the teeth.”