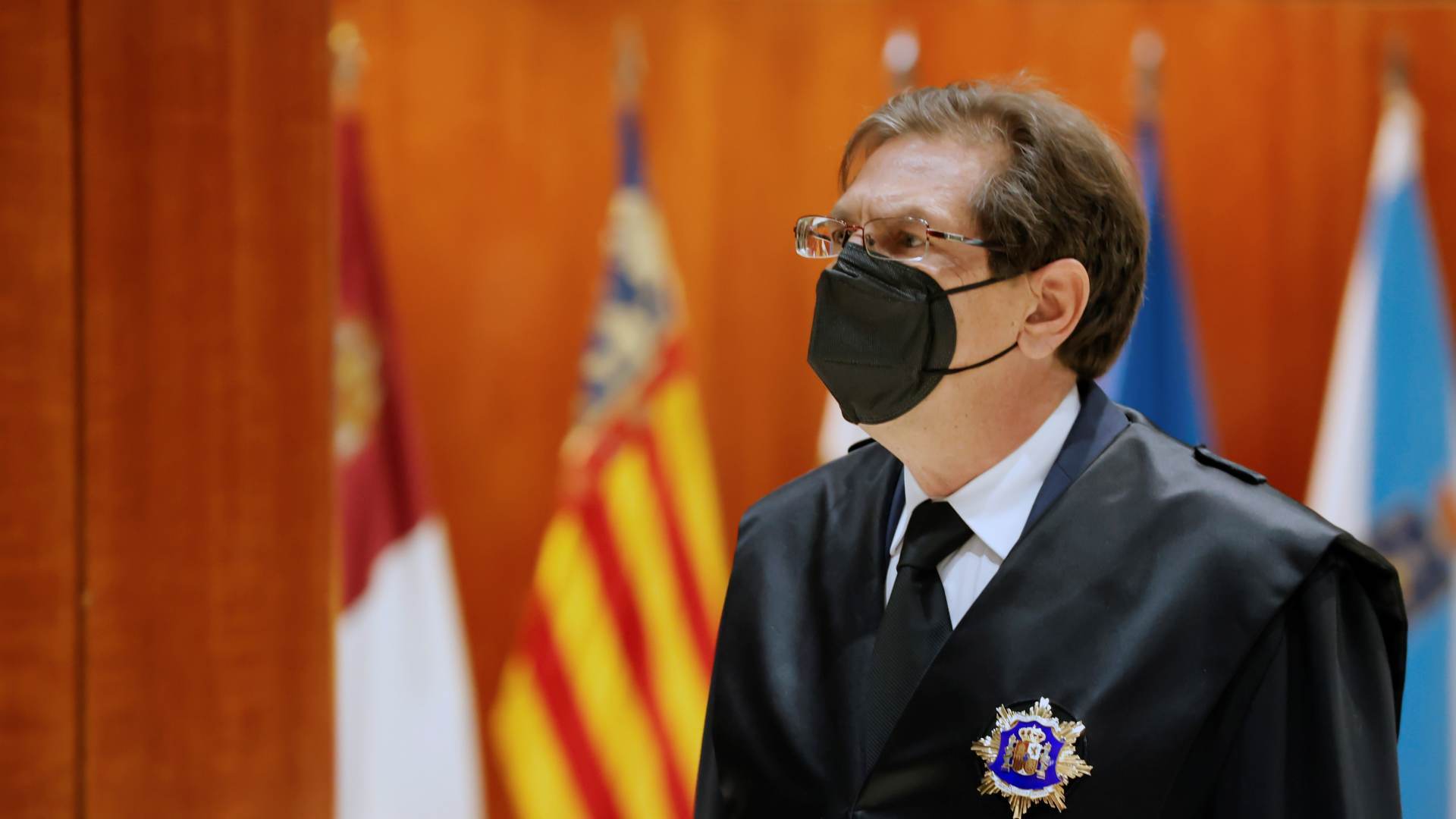 The new magistrate of the Constitutional Court (TC), Enrique Arnaldo, will be the rapporteur in charge of drafting the sentence that responds to the appeal presented in 2010 by PP deputies against the Abortion Law,

As you advance The country and RNE has confirmed, it has been decided in the plenary session held this Friday that Arnaldo is the magistrate that inherits the entire portfolio of papers pending the outgoing magistrate Andrés Ollero.

It so happens that the conservative magistrate Arnaldo, who until now has been a lawyer in the Cortes, He was appointed at the proposal of the Popular Party (PP) to occupy an armchair in the plenary session of the TC.

Arnaldo’s access to court has been accompanied by a strong controversy for his collaboration with FAES and his appearance in the Palma Arena and Lezo cases. The renewal of the Constitutional Court went ahead in Congress amid harsh criticism between the partners of the coalition Government and the opposition and despite the fractious vote of several deputies of PSOE and United We Can (among them, the socialist Odón Elorza and the deputy ‘morada ‘María Pita) against Enrique Arnaldo.

The President of the Government himself, Pedro Sánchez, acknowledged that “some candidates” proposed by the PP do not like them, but he defended the pact to renew the institutions.

At the decision of the Supreme

In relation to the Abortion Law this past November 17, the Second Chamber of the Supreme Court (TS) inadmissible for processing the complaints made by the Christian Lawyers Association and the HazteOir.org association against various magistrates and former magistrates of the Constitutional Court (TC) for the delay in resolving the appeal against that Abortion Law for not being the facts constituting any criminal offense.

The plaintiffs charged a crime of malicious delay in the Administration of Justice, in relation to the delay in the resolution of the unconstitutionality appeal filed by 50 deputies of the Popular Parliamentary Group against various articles and provisions of Organic Law 2/2010, of March 3, on sexual and reproductive health and the voluntary interruption of pregnancy .

Pending deadlines for the presentation

Now, the clock begins to tick for Arnaldo and it will depend on the speed and priority that is given to that matter so that you can present a presentation on time which will later have to be voted on by the plenary session of the court of guarantees.

For now, what is on the table is the announcement by the Spanish Foundation of Christian Lawyers to bring Ollero to the European Court of Human Rights (ECHR). They accuse him of a possible crime of prevarication in its form of malicious delay.

The deputies of the PP

In December 2020, a group of former Popular Party deputies who signed the appeal who presented the training on June 1, 2010 against the Abortion Law They delivered to the Constitutional Court a petition requesting that a sentence be passed on that rule that was promoted by the Socialist Executive of José Luis Rodríguez Zapatero.

The signatories of the brief – a total of 24 – recalled that the Constitutional Court agreed by order dated July 14, 2010 give “priority to the processing and resolution of these appealsor “. And they stressed that ten and a half years later, the TC still did not issue a sentence.

The recurring former deputies José Eugenio Azpiroz, Ángel Pintado and Eva Durán, among others, delivered the letter to the TC. They were accompanied by former Madrid councilor Luis Peral, a member of the team that prepared the appeal for unconstitutionality against the 2010 Abortion Law, and some of the signatories of the petition, as reported to Europa Press.

Signed by Rajoy and Santamaría

Specifically, the PP presented on June 1, 2010 that unconstitutionality appeal against the Law on Sexual and Reproductive Health and the Voluntary Interruption of Pregnancy, that allowed free abortions in Spain in the first 14 weeks of gestation and in some cases until 22.

That writing of the appeal against the law that was promoted by the former Minister of Equality, the socialist Bibiana Aido, was signed by 50 deputies headed by the then leader of the PP, Mariano Rajoy, and her parliamentary spokesperson, Soraya Sáenz de Santamaría.

The PP criticized in that appeal that in order to abort in the first 14 weeks it was not necessary that there be any objective cause or characteristic situation of objective conflict that allows justifying, at least formally, the sacrifice of the human life of the unborn child, something that in its opinion It went against article 15 of the Constitution, which recognizes that “everyone has the right to life.”

Although Rajoy promised to repeal the abortion law, in the end he did not. The Popular Group did present a bill in Congress in 2015 that required minors to have parental consent to terminate a pregnancy, thus changing the rule in a limited and rapid way.

Gallardón resigned due to the Abortion Law

A little earlier, in September 2014, this rule overtook the political trajectory of the former Minister of Justice, Alberto Ruíz Gallardón, who submitted his resignation as a result of the withdrawal of the draft of the Abortion Law that his department had prepared.

In that appearance, Gallardón revealed then that Rajoy had communicated his decision to limit changes in the abortion law to a specific modification of the current legislation, so that minors need parental consent to abort, instead of the derogation that he had planned.