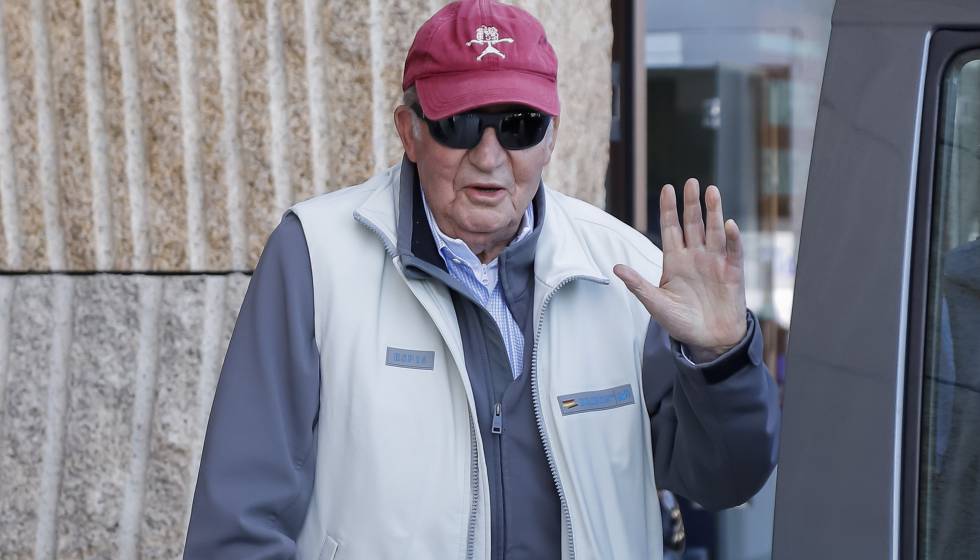 The Swiss justice has shelved the investigation started in 2018 for the alleged collection of commissions in the works of the AVE to Mecca, according to the newspaper Geneva Tribune and Swiss judicial sources have confirmed to EL PAÍS. The closing of the proceedings supposes a lifting of the imputation for alleged aggravated money laundering that weighed on Corinna Larsen, the ex-lover of Juan Carlos I; Arturo Fasana, the manager of the emeritus king’s account at the Mirabaud & Cie bank; and Dante Canonica, the lawyer and director of the Lucum foundation, in whose name the King Emeritus received in 2008 a transfer of 100 million dollars (65 million euros) from the Ministry of Finance of Saudi Arabia.

A note from the Swiss prosecutor’s office indicates that the investigation “has not made it possible to establish a sufficient link between the amount received (by the king emeritus) from Saudi Arabia and the conclusion of the contracts for the construction of the high-speed train.” The statement issued this morning indicates that the investigation began, in August 2018, after the publication of press articles in which Juan Carlos I was linked to the collection of commissions for the aforementioned work obtained by a consortium of Spanish companies. The articles included Corinna Larsen’s statements to retired commissioner José Manuel Villarejo recorded during a meeting they held in London in 2015.

Condemns the bank for a millionaire payment to Larsen

The prosecutor Yves Bertossa has sentenced the Mirabaud & Cie bank to pay a fine for not having informed the Money Laundering Reporting Office Switzerland (MROS), a Swiss body that monitors banking transactions and combats money laundering, of a transfer of five million of dollars that Corinna Larsen received in her account in this bank in December 2010, according to sources close to the case told this newspaper. The money was entered weeks after Juan Carlos I visited that country and met with the Emir of Kuwait. The German consulting firm argued that it was a payment for the efforts that she carried out in favor of different companies. Luc Thevenoz, the bank’s representative, told the prosecutor that the income was justified “with a letter rather than a contract.”

The filing of the case also supposes the exoneration of responsibility of Yves Mirabaud, president of the bank, who had been charged during the investigation for lack of diligence in the control of the account of Juan Carlos I and for not having informed the MROS of the income of 65 million. The existence of the account of the king emeritus was known only to the six partners of the bank and the contract was kept in a safe.

The latest investigations by the Swiss prosecutor focused precisely on this private bank, which throughout the procedure has been charged as a legal entity for money laundering. The last people who testified to Bertossa, just several weeks ago, were those responsible for the entity’s compliance and legal department. The Mirabaud partners concealed from these departments the existence of the account of the then Head of State.

Larsen, Fasana and Canonica have had to pay 50,000 Swiss francs (about 50,000 euros) for the costs of the judicial investigation that has lasted for more than three years, as established by the Swiss Penal Code.

The entire investigation of the chief prosecutor of Geneva has been based on the 65 million that the King Emeritus of Saudi Arabia received and the donation that the latter made of this money to an account of Corinna Larsen in Nassau (Bahamas) in 2012, but Juan Carlos I has not been called to testify during the entire procedure. The then head of state did not declare that money to the Spanish Treasury and donated it “irrevocably” to Larsen weeks after suffering the accident in Botswana. He did so after the Mirabaud & Cie bank forced him to cancel the account and for fear that it would transpire, as his partners and managers have recognized Bertossa.

During these three years, the prosecutor Bertossa investigated whether the entry of the Saudi king Abdalá bin Abdulaziz to the account of the former head of state was due to the payment of a commission for the reduction of 30 percent that the Spanish companies awarded the work made in the final bid of the AVE between Medina and Mecca.

Fasana, external manager of Juan Carlos I’s account, declared during the investigation that it was a gift from the Saudi king and that the income had nothing to do with any consideration.

Bertossa has not requested information from the government of Saudi Arabia, but he did request information from the Swiss Institute of Comparative Law in Lausanne. This prestigious body, attached to the Swiss Federal Department of Justice and Police, issued a report in which it questioned the donation of 65 million. In the opinion of this center, a donation of these characteristics made by a public official would have violated the legislation of that country by causing damage to its public coffers. The defenses of all those investigated presented their own reports where the opposite thesis is concluded: King Abdullah bin Abdelaziz had the power to donate that money without violating the law.

Before the prosecutor, Álvaro de Orleans, the distant cousin of the King Emeritus, head of the Liechtenstein Zagatka Foundation, who paid more than eight million to Juan Carlos I and three to Corinna Larsen on flights in private jets. For these payments in kind, the emeritus king was forced to regularize his debt with the Tax Agency and pay 4.4 million.

See also  The Ertzaintza registers 4,000 crimes of sexist violence and warns of the increase in sexual assaults

The Chief Prosecutor of Geneva has forwarded to the Office of the Supreme Court Prosecutor all the movements of the accounts of the Zagatka Foundation in two Swiss banks. The investigation that is being followed in Spain on the king emeritus for various indications of crime wants to prove that the amount regularized by Juan Carlos I in a voluntary declaration corresponds to the payments he received from this foundation. The delay in sending part of this information has caused the State Attorney General’s Office to extend the investigation procedures that will foreseeably be archived for another six months.

Larsen points out in a statement that the case file has proven his innocence and adds that “in the meantime, the offenders have not been investigated and they have been given time to hide their activities. They remain unpunished ”. The examiner of Juan Carlos I has filed a civil lawsuit against him for alleged harassment and espionage that is being processed in the courts of London. They now have to decide whether the King Emeritus enjoys immunity from British law.