Skip to content
Home News The Supreme Court orders the demolition of all the houses, the hotel and the golf course of the Valdecañas luxury complex | Climate and Environment 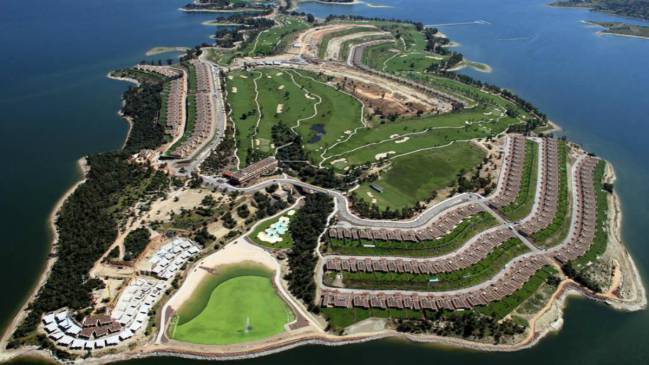 The demolition of the luxury macro-urbanization Marina Isla de Valdecañas (Cáceres) is once again on the table. The third chamber of the Supreme Court has upheld the appeal filed by Ecologists in Action against the order of July 2020 of the Superior Court of Justice of Extremadura and which agreed to preserve the hotel, the houses, the golf course and the facilities that are built and working. “The Supreme annuls this extreme and agrees that they must be demolished like the rest of the works and facilities whose demolition determined the execution order itself,” indicates the General Council of the Judiciary in a brief statement. “The full content of the sentence will be known in the coming days,” adds the press release.

The complex, denounced by Adenex and Ecologists in Action for being within the land of the Natura 2000 Network [áreas de conservación de la biodiversidad de la Unión Europea], is located two kilometers from El Gordo (Cáceres), on an island of 135 hectares surrounded by the Valdecañas reservoir. It has an 18-hole golf course, 185 villas —33% of the planned 565—, a four-star hotel, swimming pools, an artificial beach, 76 berths and sports courts. In the order that the Supreme Court now annuls, the Superior of Extremadura decided that all these buildings should be maintained due to the great economic cost that their demolition would entail. Thus, the Extremaduran court ordered only the demolition of the concrete skeleton of another hotel that appears on the edge of the artificial beach and the unfinished houses, despite the fact that in previous sentences it had ruled that the land should return to its natural state.

In 2011, the Extremadura court stated “exactly” that the environment had to be restored and return to its initial state. But in July 2020, in the execution order of that sentence, he decided that what was already built should not be thrown away. The magistrates justified it in that the “high economic damage” had to be taken into account if the sentences were fully executed. The Junta de Extremadura would have to face “at least” 145 million euros for the costs of demolition and compensation to third parties in good faith. This figure is the sum of the cost of demolishing the building (almost 34 million) and the “possible economic damage” that would be caused to the owners of the houses “which could reach 111,000,000 euros”.

It was then that the conservationists appealed to the Supreme Court because this decision put economic criteria before environmental ones. Ángel García Calle, lawyer and coordinator of Ecologists in Extremadura Action, considers that the total demolition ordered by the Supreme Court is “consistent” with previous sentences that ruled so, but recalls that the complete sentence has not yet been published.

In all the judicial labyrinth through which the construction of the urbanization that had the approval of the regional government has passed, the Constitutional Court declared in 2019 unconstitutional the article that was included in the land law and that allowed the Junta de Extremadura to homologate the project.

“In the end, all this could have been avoided, if it had been stopped earlier, because it is sad that we are saying from minute one that it is illegal and that it should not be heeded,” says lawyer García Calle. They are satisfied “but not one hundred percent” because they also put themselves “in the shoes of the owners”. “Although they knew what they were buying because it had been denounced since 2007, they even signed a document in the deeds of sale in which they exonerated the developer if the current situation arose,” adds the lawyer. The owners could appeal for protection before the Constitutional Court, although the environmentalists consider that “it will have little travel, because no fundamental right has been violated.”