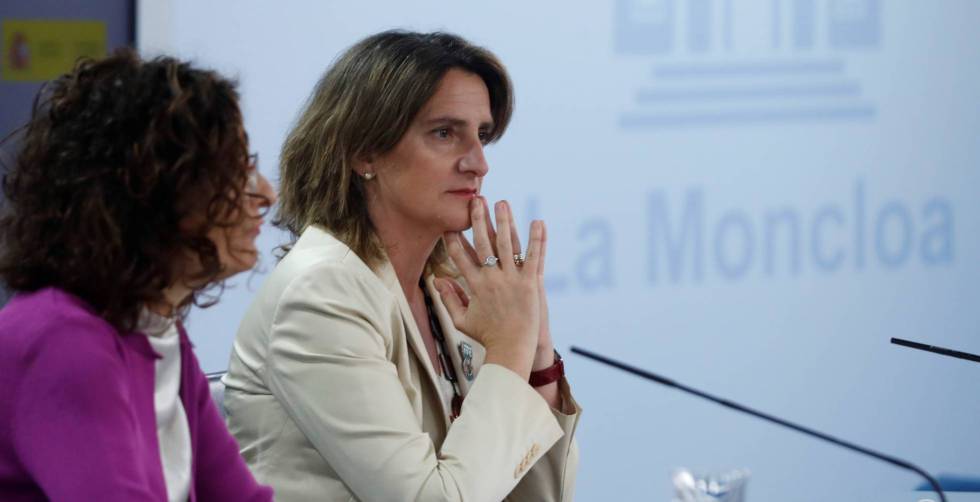 In a sentence of very difficult execution, the Supreme Court, last Monday upheld the contentious-administrative appeal that Iberdrola had filed in 2017 against the obligation it imposed on electricity marketers to finance the electricity rate social bonus, included in the Royal Decree that regulated that same year the figure of the vulnerable consumer, the social bonus and other protection measures for domestics. The ruling is extended to all those affected.

In addition to annulling “the social bonus financing system” that falls on all active marketers (whether they are free or regulated, which includes both the large electricity companies and hundreds of independent companies) and that of “co-financing” together with the autonomous communities of the discount to the so-called severely vulnerable at risk of social exclusion, the High Court imposes the right of companies to be compensated for the amounts they have assumed these years.

The cost of the social voucher is about 200 million euros per year (about 800 million euros in total), according to data from the CNMC, the body in charge of calculating each year the market share of each marketer, in proportion to which, they pay for the rate discount to which the beneficiaries are entitled. Depending on the number of clients, 94% of the bonus is paid by the five largest companies in the sector (Iberdrola, Endesa, Naturgy, EDP and the former Viesgo)

So far, the failure does not pose major problems. These arise because the ruling states that, from said compensation (to be paid with interest), it is necessary to deduct “the amounts that, if applicable, the marketers would have passed on to their clients for said concept.” Many companies have transferred it with a direct surcharge that appears on the invoice itself, but most have not stated it that way. In addition, for further complication, the ruling states that those affected have the right to recover “the amounts invested to implement” a complicated procedure for awarding the discount that the plaintiffs describe as “onerous”, almost equivalent to “an administrative procedure”.

This is the third financing model imposed on electricity companies (as a public service obligation established by the Constitution), that falls the Supreme Court in just over a decade. And again with the argument that it is a discriminatory and arbitrary measure, which violates the 2009 directive on the internal electricity market. And the fact is that although the norm allows “electric companies” to finance national measures against energy poverty, these must be “transparent, non-discriminatory and controllable. According to the court, paying according to the number of clients “violates the principle of economic capacity”. In addition, he adds, the free market marketers are obliged to not offer the social bonus to their clients, since this is reserved for the reference marketers or COR.

Now the question is how much the compensation will be and who will assume it, if the Treasury or the electrical system, that is, the consumers on their bill. The option must be approved in a standard. In the sector, it is taken for granted that, given the crisis in wholesale prices, that “the benefit of the social bond is being eaten, despite the fact that the Government has extended the discount up to 70%”, will be assumed by the public treasury. And especially considering that the Government does not seem willing to pay more than a small part, which corresponds to the COR, since it assumes that all those who sell in the free market have passed it on, among them, the subsidiaries of the large electricity companies. At this point, the parties disagree on who should demonstrate said repercussion: for the Executive, the burden of proof corresponds to those who want to receive compensation.

In any case, on the recovery of the amounts, the sentence generates confusion again, by pointing out that it will be the new legal regime that replaces the current one “the one that determines the way for the compensation of the amounts that have been anticipated”. What implies that the marketers they must continue to pay the bond until there is a new regulation.

and there are three. The Supreme Court has knocked down the three financing models of the electricity social bonus since its creation more than a decade ago, considering them discriminatory. The first, in 2009, which imposed the cost of the discount on electricity generators, which it annulled in 2012. Already in 2013, it established this obligation for vertically integrated groups and after the ruling against the Supreme Court, the Government applied it to them, in 2017, to “all” marketers.

networks.And, as it seems, someone is always missing, the argument of the new ruling is that the rest of the companies in the sector have been left out: the carrier, REE; the Recore (renewables, cogeneration and waste that receive a special remuneration), the distributors and the rest of the generators. The Government argues that the networks or the Recore are regulated activities and that if they have to pay the bonus, they would transfer it to the consumer and he would ultimately be the payer.

EU countries . The Executive is increasingly cornered by companies that do not want to pay under any circumstances. Not surprisingly, the ruling recalls that in the rest of the EU countries, the cost is borne by the public sector, except for Portugal, with a mixed State/generator system.