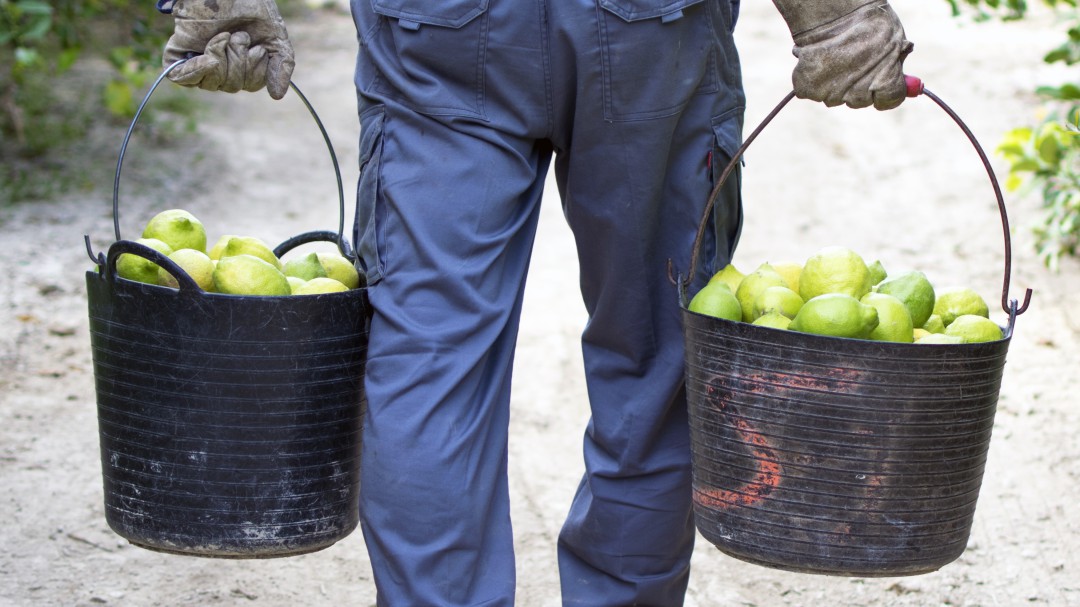 The Administrative Litigation Chamber of the Superior Court of Justice of the Region of Murcia, in an order notified this Wednesday, orders the restoration to its natural state of an area of ​​4.91 hectares cultivated with trees in production, specifically citrus fruits, in the Casa de lo Pereas place found in Zone 1 of the Mar Menor Recovery and Protection Law.

It thus dismisses the suspension requested by the company that exploits the land, as a precautionary measure, in the contentious-administrative appeal filed against the Order of the Ministry of Water, Agriculture, Livestock, Fisheries and the Environment of February 8, 2021 that requires the restoration of irrigation to its natural state.

The restoration of illegal irrigation to its natural state, as expressly reasoned in the appealed resolution, is justified for reasons of environmental protection, in the autonomic competence of pollution control caused by nitrates of agricultural origin.

The Order gives a period of 2 months for the presentation of the project for restitution of the land and sets the maximum period of execution at 6 months.

It also explains the contested act, which is obliged to restitution for having made, without authorization from the basin body, a private use of water on lands that are in Zone 1 of Decree-Law 2/2019, for the comprehensive protection of the Sea. Minor and Law 3/2020, recovery and protection of the Mar Menor. Specifically, it recalls that, by Resolution of the Segura Hydrographic Confederation, of October 2019, “a fine of 3,000 euros was imposed on the appellant for the private use of public waters without authorization / concession.”

The magistrates, after analyzing the arguments alleged by the appellant, reason that “even considering the existence of possible damages, they would be compensable in the event of a possible judgment, since they are economically quantifiable and the reparation would be obtained with the valuation of what was uprooted and the payment to the interested party of the corresponding amount “.

Although “this court does not share the allegation of the part that the uprooting of the trees can cause irreparable damage, since a land that cannot be irrigated for two years – a situation that, in principle, will continue and may be definitive- it must not be in optimum production. “

Furthermore, although it does not pronounce itself because “it constitutes a substantive issue that cannot be prosecuted in this precautionary incident”, the Chamber considers the allegation that the plantation does not contaminate “generic” and “without support in any data”.

The same can be said – the magistrates add in the resolution – of the possible damages that, with respect to third parties or the Mar Menor itself, are alluded to in the event of heavy rains, when the appellant argues that “the existing trees help to retain the waters and the different elements that they drag, preventing them from going to the town of Los Nietos and finally to the Mar Menor “.

As for the interest alleged by the defendant, “it is enough to read the appealed resolution to verify that it is intended to reduce the pollution caused by nutrients of agricultural origin and their effect on the protected areas existing in the Mar Menor and its surroundings, seriously deteriorated in the present “, underlines the resolution.

Thus, after analyzing the jurisprudence that specifies the necessary requirements for the adoption of precautionary measures and weighing up the conflicting interests, the Chamber “considers compliance with the sectoral regulations on water matters prevailing, and, fundamentally, the protection of the Mar Menor, in view of the particular interest of the appellant in continuing to maintain an operation when, by a firm resolution of the competent water authority, irrigation has been prohibited for the plot because it is not covered by a right to use water “.

Therefore, the court agrees not to suspend the execution of the contested resolution in the present contentious-administrative appeal and imposes the payment of the costs to the appellant company.

The resolution is not final and there is an appeal against it.