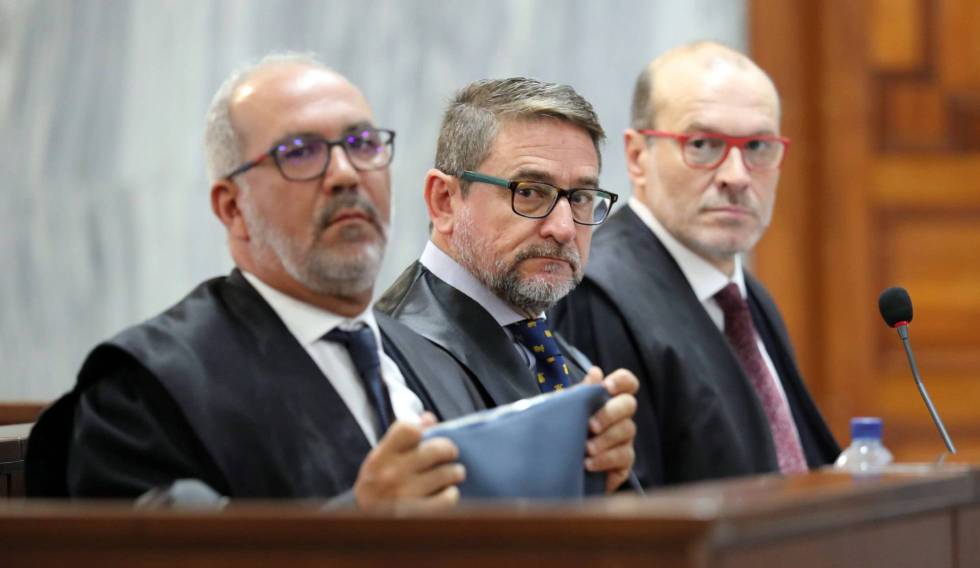 The Canarian magistrate Salvador Alba will have to enter prison to serve a sentence of six and a half years for maneuvering against his colleague and current Government delegate against Gender Violence Victoria Rosell. The Supreme Court has confirmed this Thursday the sentence that the Superior Court of Justice of the Canary Islands imposed on him in 2019 for crimes of judicial prevarication, bribery and falsehood in public document. In addition to the prison sentence, the Criminal Chamber confirms a penalty of 18 years of disqualification for Alba, who was already removed from the race for having been provisionally suspended pending the final sentence. The magistrate will also have to pay a fine of 12,000 euros and an indemnity of 60,000 euros to Rosell, as civil liability.

The judges of the Canarian court considered it proven that Alba was illegally arranged in 2016 with the businessman Miguel Ángel Ramírez so that he could provide documents that questioned the impartiality of Rosell as a judge. He did so after accessing the Court of Instruction 8 of Las Palmas, which until then Rosell occupied and which had become vacant after she requested a leave of absence to appear in the general elections of 2015 on the Podemos list. The magistrate expressly requested in writing to the General Council of the Judiciary his transfer to that court, in which Rosell has been instructing since 2014 a case for tax crimes against the businessman Ramírez, then owner of the company Seguridad Integral Canaria and president, still today, of Las Palmas CF.

As soon as she arrived at the court, Alba contacted a lawyer in the case to facilitate contracts that would link the then partner of Judge Rosell, the journalist Carlos Sosa, with Ramírez’s companies. He also cited the businessman who was being investigated in an interview whose main purpose, according to the high court “was not to receive a statement from the accused, which would also take place, but to create and take advantage of an opportunity to introduce in the case those data that could harm the credit or prestige of the previous investigating judge ”. The objective, according to the judges, was to harm the magistrate and give wings to a lawsuit against her that ex-minister José Manuel Soria had filed.

Ramírez provided documentation and a week later, The world published that the businessman had loaned money to Carlos Sosa while his partner was investigating him. That information served Minister Soria to expand the complaint against the already deputy of Podemos, which was admitted by the Supreme Court. What Alba did not know is that the businessman had recorded the interview with the judge, a conversation that was endorsed by the court and became a fundamental test to convict the magistrate, who will now have to go to prison.

The complaint against Rosell was shelved, but after the former deputy had to leave, in April 2016, the Permanent Delegation of Congress, in the failed XI Legislature, and resigned to appear again in the general elections of June of that year.