Skip to content
Home News The supply crisis hits construction: “Sometimes it is better to abandon the work, the numbers do not come out” 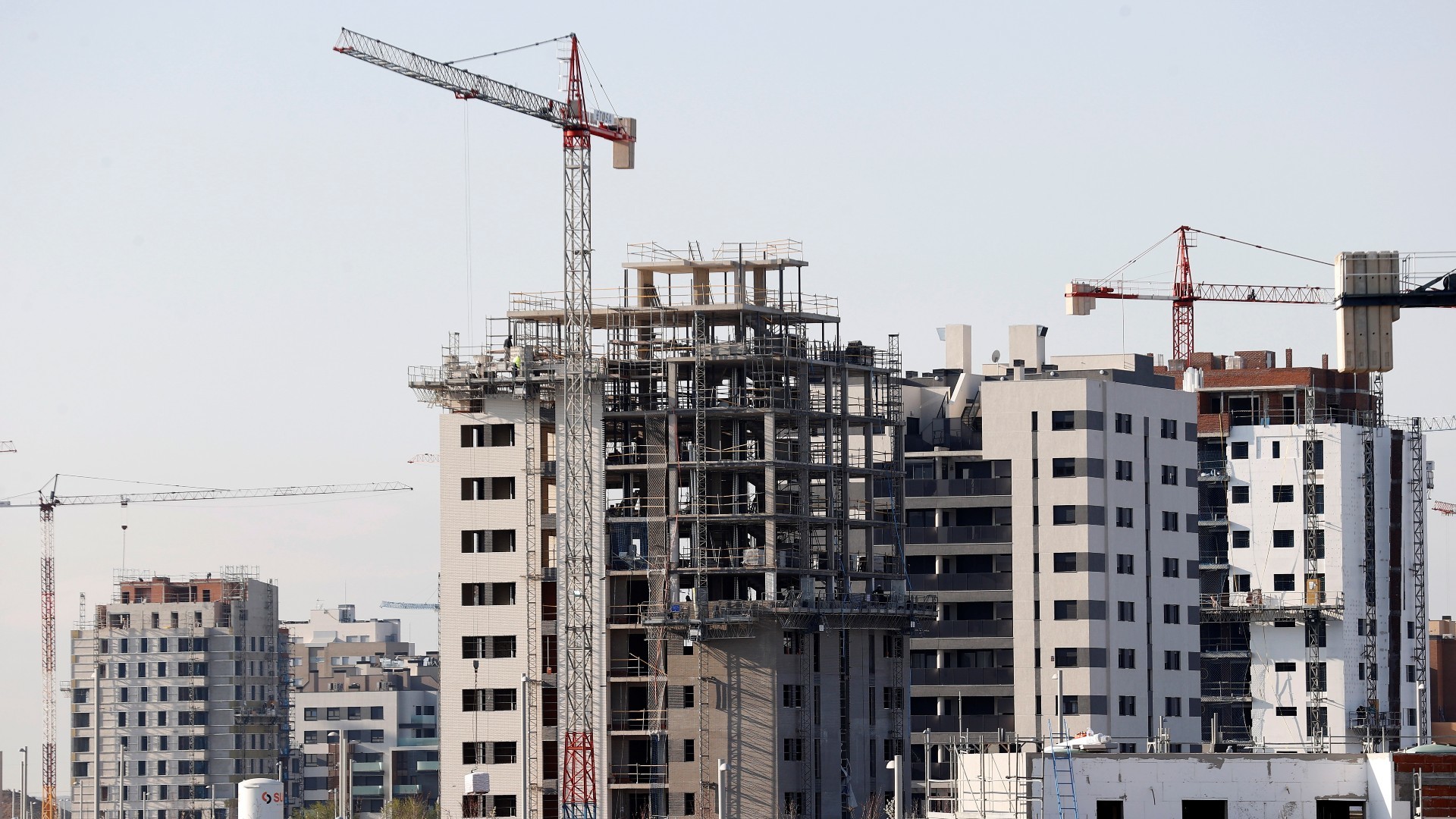 A parquet is commissioned to install pine flooring in an apartment. Measure the space, specify the details and close the budget with the client. But when you contact your suppliers to order the wood, you get the knock: the raw material has become more expensive and will come later.

Situations like this have been repeated with other construction materials (steel, iron, aluminum, PVC, glass …), in small reforms and large public works, depending on the sector. These are “difficult moments”, when the reactivation after confinement due to the coronavirus pandemic promised a favorable wind. “Sometimes is easier, more profitable and prudent to abandon a work, not to execute it, because the numbers are not going to come out and they endanger the viability of the company, “says Pedro Fernández Alén, president of the National Construction Confederation (CNC), in statements to RTVE.es.

The problem: “shortages” and “an unusual increase in prices”

40% of companies have had to cancel a contract or stop a work due to the crisis, according to a survey carried out by the business organization during the summer, which figures the increase in the total cost of the works at 22%. Most of the companies have experienced an “unusual increase in prices, especially in wood, steel, aluminum or iron” and have suffered “shortages or delays in the delivery of merchandise”.

The president of the CNC specifies that this “increase in prices and shortages is being uneven”, but affects in particular imported materials. The two problems go hand in hand and they connect with the global supply crisis; they are the result of the bottleneck in maritime trade and international interdependence.

“The reactivation in the countries where the raw materials come from has not been as fast as expected,” develops Fernández Alén, to which he adds an “increase in the price of maritime freight.” Finally, the current crisis can be attributed to a boost in construction and, consequently, in the demand for these materials due to the “important injection of liquidity that has taken place in the different countries due to the recovery plans”. The onslaught comes, especially, from China and the United States.

The international market shoots up the prices of steel and wood

The steel it leads the price increase in the last year, if we look at the official data of the Ministry of Transport, Mobility and Urban Agenda. In this regard, in a letter sent to the European Commission, the European Federation of the Construction Industry (FIEC) warned that China is “hoarding” steel. The Asian country represents more than half of its world production and consumption, with special importance in this regard of the construction sector.

On the other hand, from the National Construction Confederation they put the focus on the price of wood, which rose up to 125%, ahead of stone (68%) and copper (63%), according to the summer study. “It has been a global growth, which has occurred in all species, but it has not been homogeneous”, specifies Almudena García, president of the Spanish Association of Wood Trade and Industry (AEIM), who highlights the appreciation of species conifers.

The situation of the wood, which is already beginning to show signs of stabilization after the sudden rise, is related to the “upward trend in consumption” of household goods after confinement, causing a mismatch in supply and demand. However, again, the international factor is key to understanding it.

Thus, Garcia explains that Russia, a major exporter of logs, has made the strategic decision to encourage that raw material to be manufactured or transformed in its own country. The movement of this token has moved very quickly to the rest of the board, with China being one of its main buyers so far. “Asian countries are coming to France and Germany to take wood paying much more that what we can afford as European processors, “illustrates the president of AEIM, while the European Construction Federation also laments natural phenomena, such as bark beetle pests, and the United States’ tariffs on Canadian wood.

However, the sources consulted agree that the markets they should stabilize in the “medium term”. Judit Montoriol-Garriga, economic analyst at CaixaBank Research, clarifies that “bottlenecks in global supply chains” are not a matter of a month or two more. “It is difficult that it can be solved so quickly, but yes thinking six months ahead,” he specifies.

“We are faced with a very strong demand and an offer that has reacted, but has not been able to adapt so quickly,” explains Montoriol-Garriga, who also relates increased consumption to fiscal and monetary policies deployed around the world to stimulate the economy. “These factors that drive demand will diminish, demand will normalize and, later, supply, which takes a little longer to react.”

Likewise, the National Construction Confederation “expects” a future stabilization, although its president does not dare to specify whether it will be medium or long term. “You get up in the morning and you don’t know what happened, a volcano, crisis here, crisis there …”, he values.

The impact on the final price of homes

This “transitory nature” that is presumed to rise in prices is the first reason to think that the crisis will not translate into higher housing prices, according to Montoriol-Garriga, coordinator of the Real Estate Sector Report at CaixaBank Research. Second, it will depend on the ability of developers and construction companies to “absorb” part of this temporary cost increase, at the expense of their margins. And finally, we must pay attention to the weight that the cost of the material really has on the final price of the house, which is not the same in all cases.

“The price of land can be up to 60% of the final price of housing in areas prime. In these locations the cost of the material is a relatively small portion, and therefore the rise in material costs will not have as much of an impact either. On the other hand, in rural areas or in the suburbs, where the price of land weighs less and the material weighs more, it can have a greater impact “, argues the economist, who believes that these three factors must be taken” together “and recalls that the current increase in house prices is due to higher demand.

“Hard” times for many companies

The crisis has already hit many of these companies, as denounced by the National Construction Confederation. “We have found that our clients had signed agreements and, when you work for the administration, you have fixed prices,” says the president of AEIM and businesswoman, Almudena García. “It has been difficult for the companies of always, the ones that we are not speculating. Traditional companies work better in a stable scenario. “

The CNC agrees that the difficulties are concentrated in the Public Works, less flexible to deadline and budget changes. “The administration is being reasonable, because it is not imposing penalties,” admits Fernández Alén, although he asks to “seek remedies” to reduce these risks. For the president of the employer’s association, “the shortage and the price increase cannot be assumed by the contractor alone”, so he defends the need for a “system of economic rebalancing of the contract” that share the extra costs between the administration and the bidder.

In any case, the economist Montoriol-Garriga recalls that the construction sector starts from a “very good financial situation”, with a “very attractive” real estate market for foreign and national demand. “There is a long way to go to continue investing in the sector,” he says.