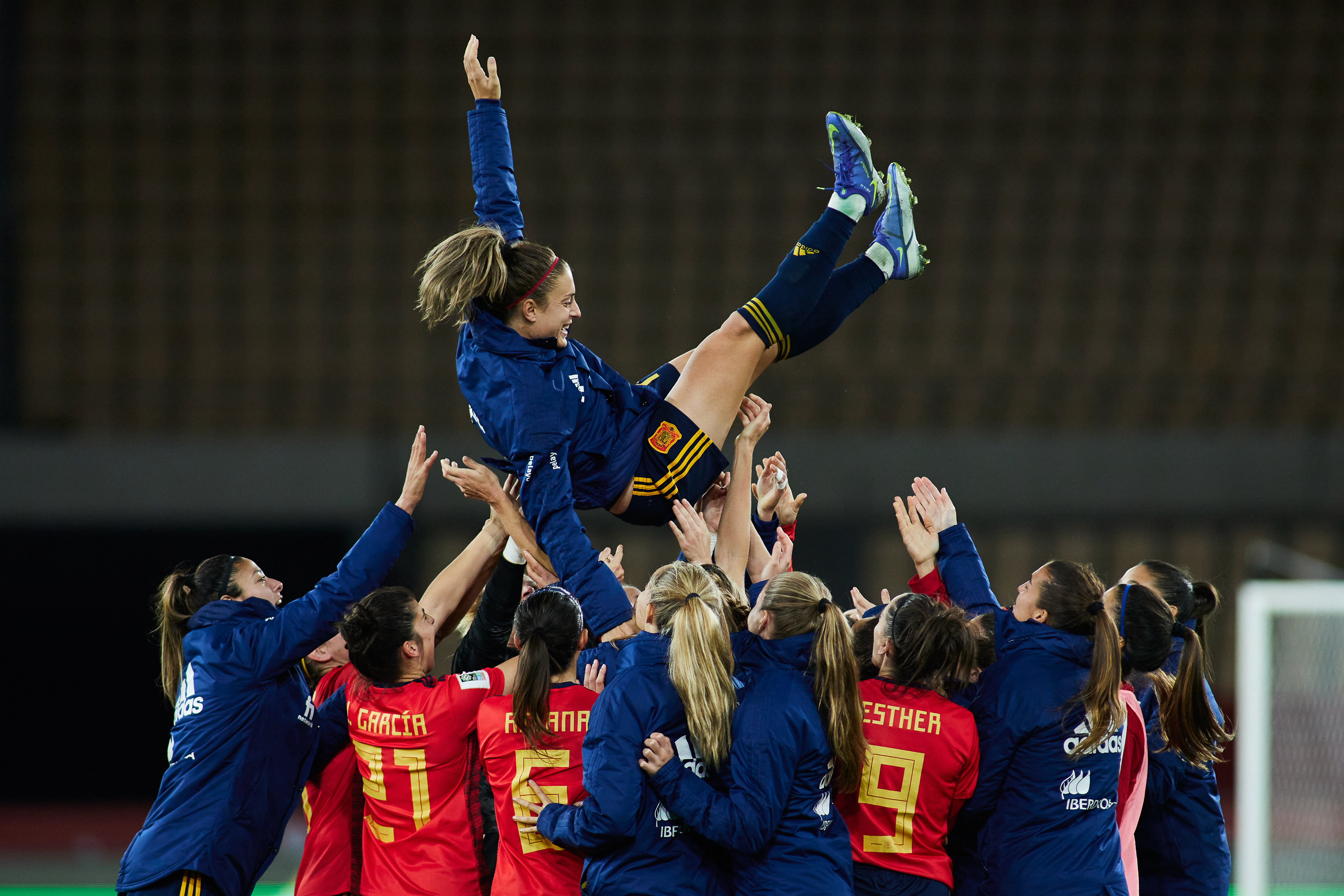 Well, that’s it, last Monday one of those Spanish soccer mysteries that had us paralyzed in the last 60 years was solved and we already know who is the successor of Luis Suárez Miramontes. Only the successor is successor: Alexia Putellas.

Luis Suárez told us, in his article on Tuesday, that he felt very well accompanied by Alexia. And from his Galician wisdom with a Milanese accent, he warned him that he had entered the gallery of the Illustrious Soccer and that that, Alexia, that is forever.

I don’t know if I’ve ever told you that I had Luis Suárez as a coach, first from the U-21 and then from the senior team. One day in April 1983, I only remember that it was very, very cold in Cremona, we were playing a friendly against Italy in the sub-21 category. The morning of the game we went for a walk around the hotel and we hadn’t even taken 10 steps when people were approaching to ask, calm, polite, respectful, an autograph from Luis Suárez, our coach. If the walk was half an hour, the autographs did not drop below 100 and when we asked a fan who was walking away smiling with his trophy, he replied / summarized: “It is Luis Suárez, The Architect, The Magician, the Golden Ball”.

Well, Alexia, just tell you, in case they haven’t already told you many things, that you have been called to that select club or rather, in that select club of exceptional people you have earned your place. And that lasts longer than a trophy.

To balance things out, Luis Suárez told us that the demand had also increased, that he could only be good or better in his performance on the field and that, also, also, the defenders were chasing him a little more and that he felt the opponents a lot closer to his shirt … and his ankles. Alexia about this, and much more, about the wonderful, and about the other, about football, about life and about Barça, of course, also about Barça, Luis Suárez will talk to you when you can meet each other. Another privilege of belonging to the Gold Club that you should not give up.

Everything went quiet at the gala, with Pedri chosen as the best player for the future without debates about why not another until Messi went out to collect his seventh trophy (hey, what a photo that of Alexia with Messi, both with your Ballons d’Or) and everything turned cloudy. What team he was representing at that time, what League, whether Barça was full of trophies, whether it was fair or not, whether next time we do not return but, just in case, we already say who should win it in 2022, yes … As if choosing, always, was not giving up. As if choosing individually in a team sport was not already unfair.

Seen from another place, the acceptance of that separate award for goalkeepers is the maximum expression of the unfairness of the Ballon d’Or because it is the maximum acceptance that this enormous award will never, never, never, never be given to a goalkeeper, and Yashin will be left without company in the eyes of football seen from the goal, and those things that only goalkeepers know about. And nobody has thought the idea bad, what’s more, there are those who have concluded that it is the best solution because that way the goalkeepers will also be present at the gala. Come on, if Donnarumma is not among the top three of the Ballon d’Or after his enormous contribution to the Eurocup won by Italy or the qualification for Milan’s Champions, it is justified because he takes the photo with the award for best goalkeeper. Lewandowski did not seem very happy to me with the same syllogism.

See also  Five Guys at Piccadilly Station? I went on a journey to Platform 14 to see if Manchester's newest burger joint lives up to the hype

I, Alexia, hope that the next Ballon d’Or of ours, who accompanies Luis Suárez and you, will be a goalkeeper or goalkeeper, because the conversations would always be the same there. In any case, we don’t have to wait 60 years to get it.