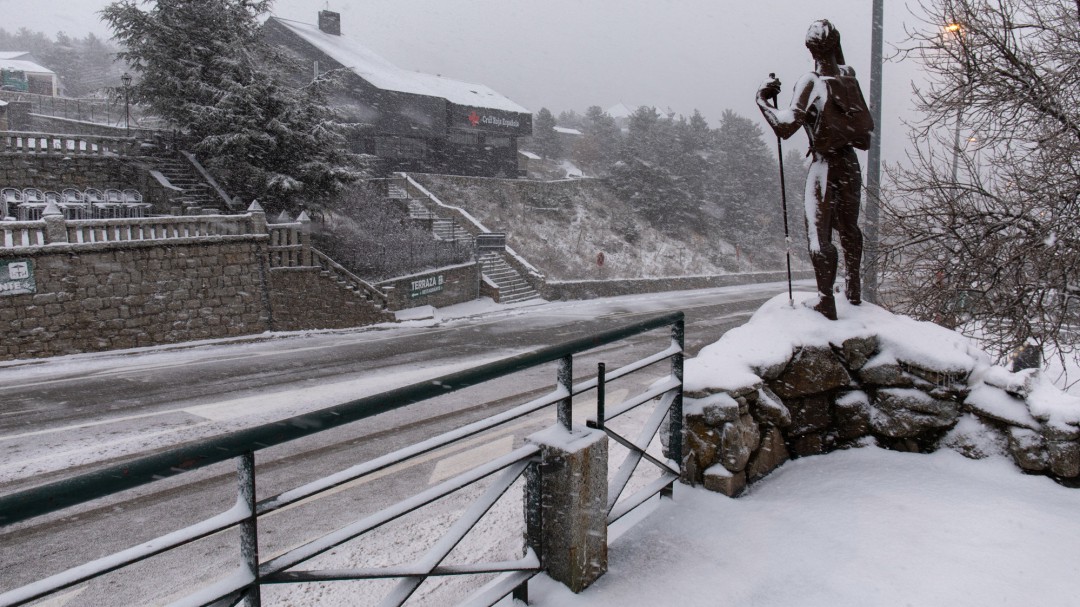 The first storm of the season, which has left snowfalls and torrential rainfall, begins to subside, although this Wednesday nine communities remain on alert for snow and heavy rains, which in Catalonia will leave up to 60 liters per square meter in 12 hours.

After more than 150 liters dropped yesterday in southern parts of Tarragona, today it is expected that it will continue to rain heavily in parts of the communities of Asturias, the Balearic Islands, Cantabria and Catalonia, where the yellow warning persists (risk ), according to data from the State Meteorological Agency (Aemet).

In Asturias, the intense rains registered in recent days have placed five rivers on alert for possible floods and another three on pre-alert, according to the Cantabrian Hydrographic Confederation (CHC) on its website.

The rivers that are in a situation of alert are the Sella as it passes through Cangas de Onís and Arriondas (Parres); the Linares, in Villaviciosa; el Bedón, in Rales (Llanes); the Cares, in Mier (Peñamellera Alta) and the Deva, in Panes (Peñamellera Baja).

As a curious fact, it should be noted that the Ebro Observatory collected a total of 204 liters of water per square meter on Tuesday, the highest amount in Catalonia and the third record with the most rainfall in the more than one hundred years of history of this meteorological observatory.

Regarding the snowfall, Aemet has pointed out that they will begin little by little to climb meters, and thus in the Cantabrian mountain range today the elevation is between 1,200 / 1,400 meters; in the Pyrenees, around 1,400 meters; in the Central and Iberian systems and the mountains of the southeast of the peninsula between 800/1000 meters and in the east of the Meseta, occasionally descending to 800/900 meters.

Despite this rise in the level, seven communities -Aragón, Asturias, Castilla y León, Castilla-La Mancha, Catalonia, La Rioja and the Valencian Community- remain with a yellow level for thicknesses between 5 and 15 centimeters.

The snow has affected road traffic today with less intensity, as reported by the General Directorate of Traffic (DGT), which indicates that in the early hours the snow has closed the access of trucks to the A-231, at the height from Melgar de Fernamental (Burgos), in a section of 47 kilometers; the BU-30 in Burgos capital, with 21 kilometers; and the A-67 in Palencia capital, with 14 km affected.

In Aragon, the snowfalls have also complicated circulation on the road network as it passes through the Aragonese Pyrenees, so that it has been necessary to use chains on the county roads. In Asturias, the port of Pajares (N-630) has been closed to truck traffic and forced to use chains in San Isidro, Leitariegos, Tarna, Somiedo, San Lorenzo and Ventan.

The intense cold of the last few days tends to subside with a rise in values ​​in the western half of the peninsula, although in cities like Valencia there is today a “fully winter” day, with a temperature that reached 7.7 degrees at noon , the lowest record in the capital since last April 18.

See also  'They party at Christmas. I stood in tears at my elderly aunt's gate': Manchester reacts to Downing Street Covid ends

By province capitals, Ávila and Segovia will be the coldest today with a maximum that will barely exceed 3 degrees, followed by Cuenca, León and Teruel with 5 degrees and Albacete, Burgos, Ciudad Real, Huesca, Lugo, Madrid, Zaragoza and Zamora, where between 6 and 9 degrees are expected. At night, the minimums will drop to 2 degrees below zero in Teruel and Soria and 0 degrees in Ávila and Segovia.

Starting tomorrow, snowfall will persist in the Cantabrian mountain range, the Pyrenees and the Central and Iberian systems with significant accumulations, in addition to persistent rains in the eastern Cantabrian and the Canaries, more likely in Tenerife and La Palma.