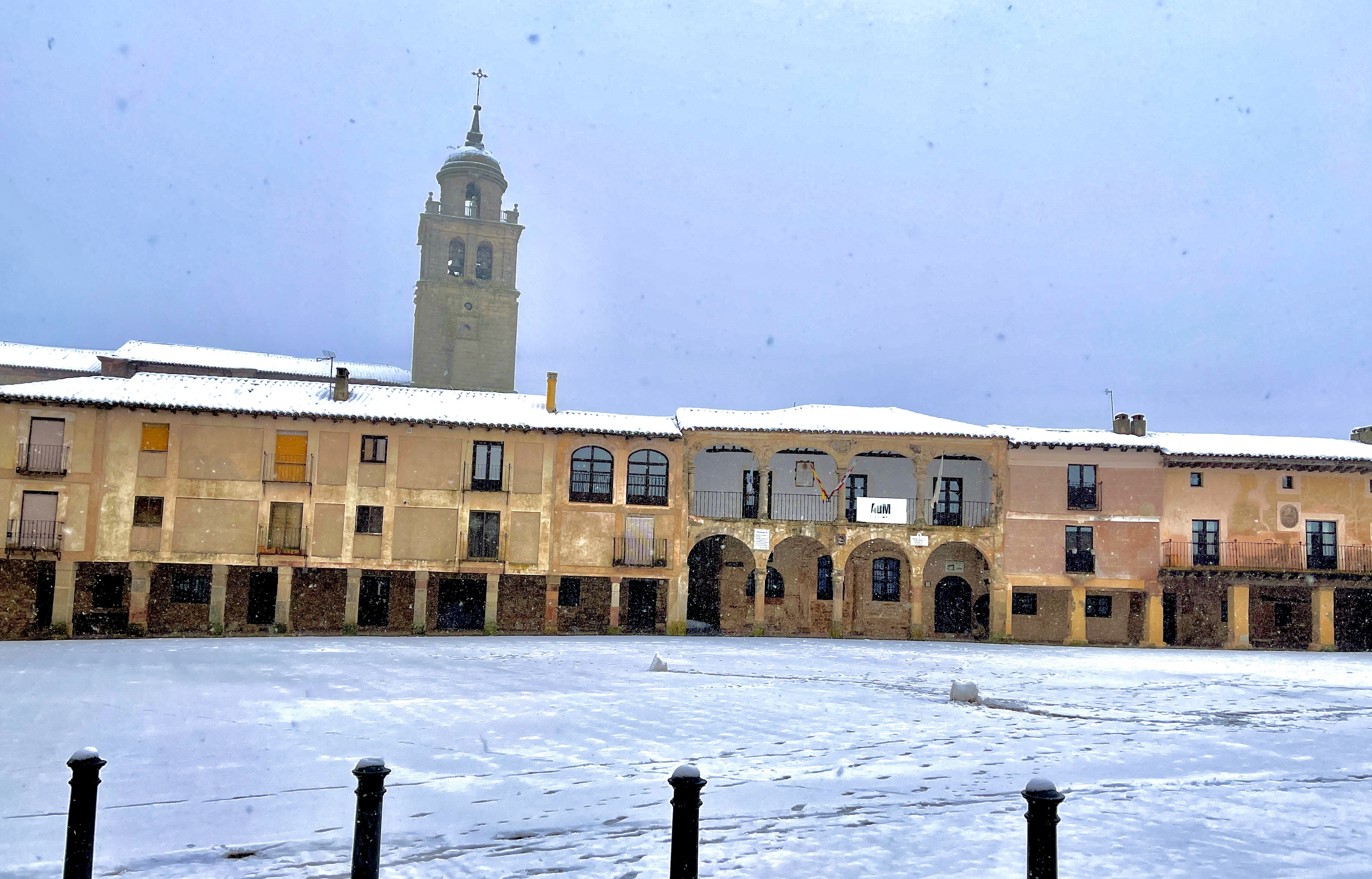 The storm, caused by the combined effect of a dana (isolated depression at high levels) and a cold storm, begins to ease as it moves away to the east, but maintains its winter scourge over part of the northern and eastern half of the Peninsula. . This Wednesday abundant rainfall will continue in the Cantabrian Sea and in eastern Catalonia, where they can be strong and persistent, advances Rubén del Campo, spokesman for the State Meteorological Agency (Aemet). It will also continue raining in the Balearic Islands and snowing copiously in the Cantabrian mountain range, Central system and Pyrenees, but at higher elevations, above 1,000-1,400 meters, as well as in the Iberian system and in eastern points of the Plateau, with a height from 700 to 900 meters. In the rest of the center and the northern half it will be cloudy with light rains, while temperatures will rise in the west, but fall in the east.

This panorama draws a map of meteorological warnings with about twenty provinces of nine communities with alerts for snow or rain, although all are already yellow, the lowest of the three contemplated by the Aemet weather alert system, and they have been withdrawn those of rough seas, snow and storms. Snow warnings affect Aragon, Asturias, the two Castiles, Catalonia, La Rioja and the Valencian Community, with snow accumulations ranging from four to 15 centimeters. Those of precipitations are for Asturias, Balearic Islands, Cantabria and Catalonia.

At nine o’clock this Wednesday, the greatest traffic complications are in Catalonia, Aragon and Castilla y León, according to a DGT spokesperson. At that time there were 65 roads and ports affected by the snow. In the main network, there were six sections with difficulties, among which the A-231 in Burgos stands out, where the circulation of trucks between Melgar de Fernamental and Tardajos was prohibited. The other five roads affected – passable, but with caution – were the BU-30, the A-1 from Fuentioso to Villafría, the A-62 from Burgos capital to Dueñas (Palencia), in Zaragoza the A-2 between Contamina and Calatayud and the A-50 in Avila capital. The other 59 roads belonged to the secondary network; six of them were impassable. In Granada the A-395 in Monachil, in Salamanca the DSA-191 in Candelario, in Cáceres the C-437 in Guadalupe and in La Rioja the ports of Peña Cada, Sancho Leza and Montenegro. In 32 roads of the secondary network it was necessary to use chains or winter tires, which are recommended to be carried in areas where it snows.

In its wake, the storm is leaving a trail of incidents in the form of falling trees, floods, blackouts and traffic complications that have even suspended school routes. In Catalonia, firefighters made three rescues on Tuesday of people trapped inside their cars in flooded areas of Tortosa (Tarragona), where 195.2 liters of water were collected per square meter, and its surroundings, due to heavy rainfall in the south of Tarragona. The emergency services responded to 227 notices in Terres de l’Ebre and Tarragona. In the Valencian Community, the intense hail that fell between the cities of Alicante and Elche caused dozens of actions by firefighters, without regretting personal injury. In Castilla y León, an accident between four cars and a snow plow and another collision between two trucks blocked the N-122, in Soria, with between 200 and 300 cars trapped. The road reopened at six in the afternoon. In Castilla-La Mancha, six school routes were suspended in Cuenca, Albacete, Ciudad Real and Guadalajara. In the Balearic Islands, the rain damaged two electrical transformers in the center of Palma, leaving some 1,100 users without electricity, and there was a power failure in Andratx.

The rest of the week this winter atmosphere will continue, which anticipates the change of season. On Thursday there will be more unstable weather, with intense and persistent rains in the Cantabrian Sea and in the morning in Catalonia, the Balearic Islands and Melilla, while in the afternoon it will be in western Andalusia and southern Extremadura, predicts Del Campo. “It cannot be ruled out that it rains at some point in any part of the Peninsula, with a snow level of 800 / 1,000 meters, so it will continue to snow abundantly in the Pyrenees and the Cantabrian Mountains”, highlights the spokesperson for Aemet. In the Canary Islands, which until now had remained on the sidelines of the episode, instability is expected to increase this Wednesday and that there will be locally strong showers and storms until Saturday.

On Friday, more water in the northern third, the Balearic Islands and Melilla, with possible showers in the central and southern mountains. The elevation can even drop to 700 meters in the northern half, and the cold environment will continue, with more frosts on Friday, which will affect the eastern interior of the Peninsula and will be intense in mountain areas. The weekend “it seems likely that a cold front will arrive with abundant rains and snowfalls in the northern third, rainfall in the rest of the mountain systems and some weak and scattered rain in flat areas,” adds Del Campo. Temperatures will remain low for the season.