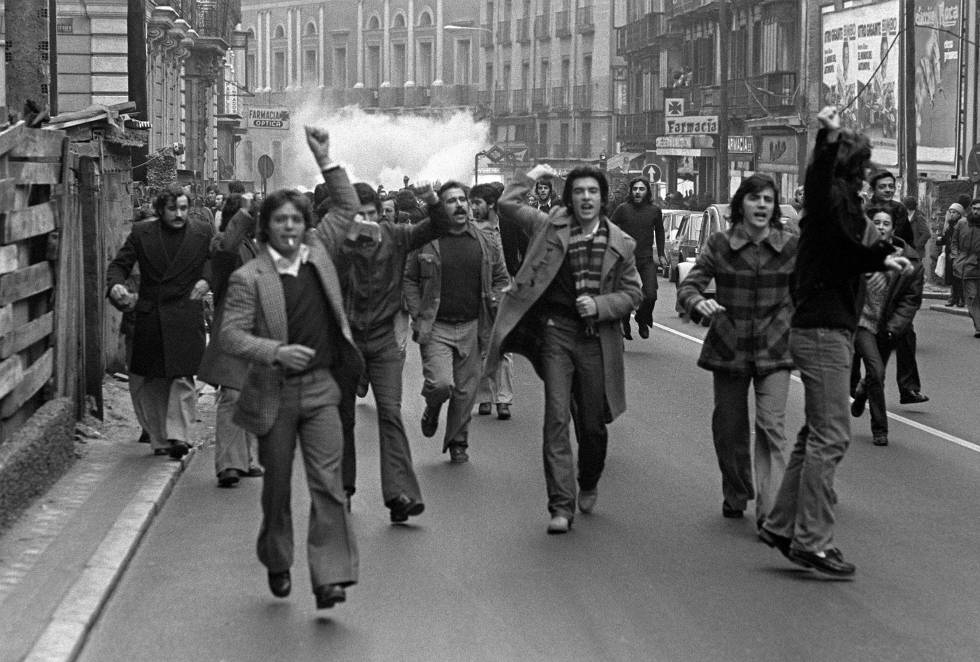 Perhaps the most regrettable thing that has happened regarding the Transition in recent years has to do with the fact that society gradually accommodated the institutions it built, and raised it to a pedestal and, as the golden calf is worshiped, it has been finished kneeling at her feet to revere her as if she were an idol. Thus, he reduces it to a kind of banner under which the lowest and most fraudulent deals can be made, the most lewd tricks, mediocre fixes, short-haul agreements. You only have to look up to observe the unfortunate spectacle that has occurred with the last renewal of four magistrates of the Constitutional Court to verify that the letter that corresponds to a democratic society is recited while its spirit is strangled until it becomes a puppet.

The duty of the parliamentary forces elected by the citizens to seek comprehensive agreements to find those who can best perform the tasks of a court of guarantees has been reduced to a sloppy exchange of stickers. Those elected then went through a little theater in which a committee of Parliament was in charge of assessing their abilities to deal with tasks that require special finesse and that will force them to maximum independence. While this was happening, the media aired episodes from the past of some of them that allowed, at the very least, to harbor serious suspicions about the distance they have to keep in their work with the parties that have proposed them. But things moved on, and everything went smoothly.

The process was completed, and politicians immediately congratulated themselves for such an achievement. As if it were not an obligation that in no case should be broken. But this is how things have been done for a long time. Respect for the Constitutional Court, the essential precautions that have to be adopted so that these selection processes are impeccable, the search for the best professionals, the desire for excellence: all this was left in the background, blurred, blurred. Was this what was intended when the institutions of the current democracy were configured at the time of the Transition? Probably not.

Something goes wrong when institutions erode. They can end up turned into papier-mâché constructions. The last step, in this sense, has been to question the Amnesty Law of 1977. It was a collective act of radical affirmation of that new era that left the dictatorship behind, and the initiative was backed by mobilizations of the left in the street and massively supported in Congress by the deputies who had just elected citizens at the polls. Along with those who have made the Constitution an object of worship – and at the same time skip its demands – there are others who idolize the gesture of refuting it with the excuse of recovering an immaculate purity lost along the way. They do not care what happened in those difficult and troubled times, they use the thick line of the great proclamations. To go off on a tangent with the discourse of symbols is to forget — perhaps with interest and in an effort to confuse everything — that politics consists in battling with facts, with reality, with the present. And don’t gloat in the past.

See also  Gender violence: The feminist court of Oaxaca that highlights the failures of the authorities