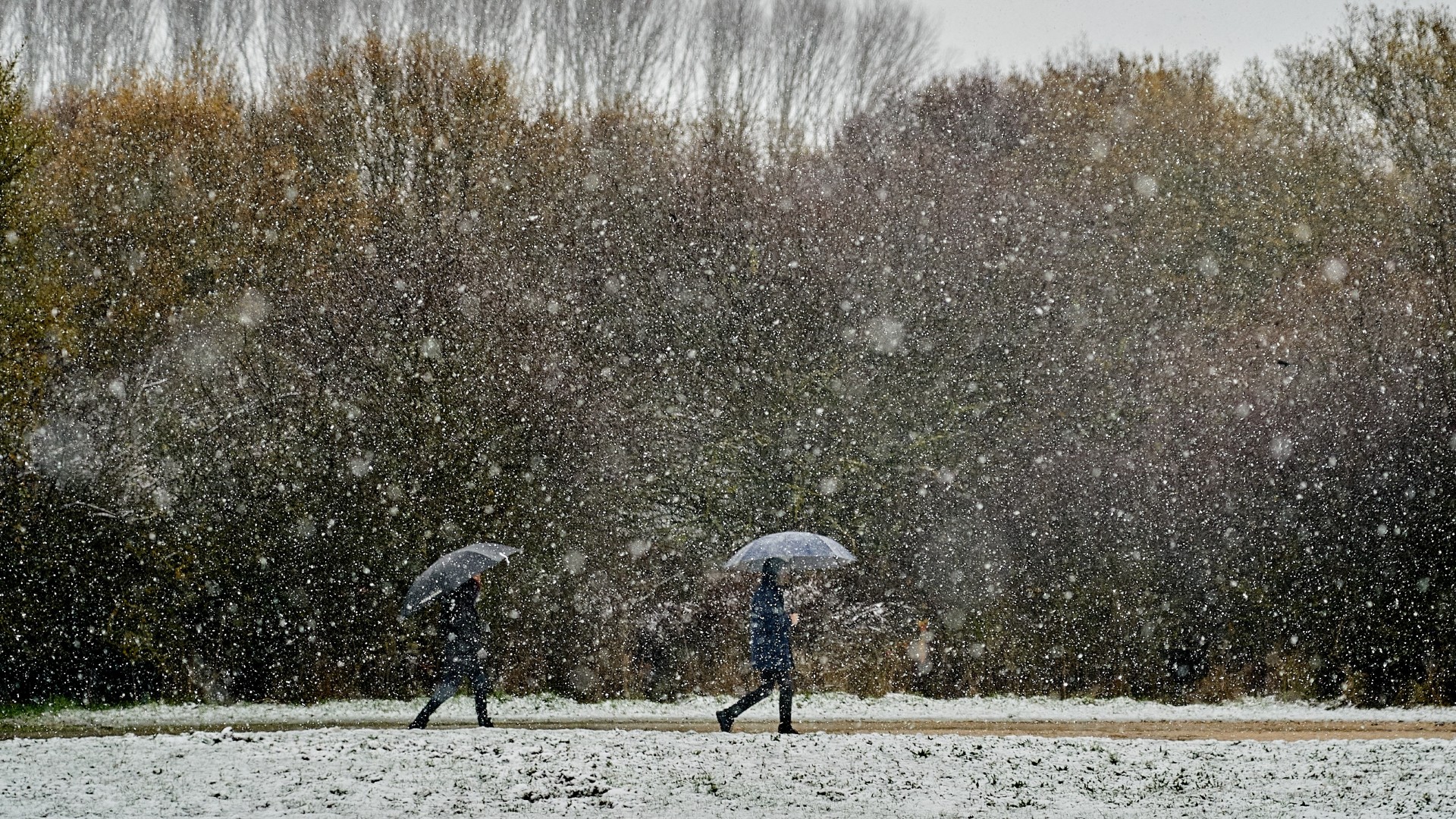 Cantabria, Navarra and the Basque Country They continue this Sunday on maximum alert (red) due to extreme risk of snowfall, while Aragon, Asturias, Castilla y León, Catalonia and La Rioja are on orange alert, a lower warning but also with a significant risk of snow.

This is due to the borrasca Arwen that affects the peninsula since Saturday with a cold front that penetrated the Cantabrian coast and travel the peninsular map from north to south, accentuating the episode of snowfall and persistent rainfall in the northern half of the peninsula. The snow level is located at 600 meters, although it is expected to increase throughout the day.

The snow fallen in the last hours is causing roadblocks and making circulation difficult at some points in the northern half of the peninsula, where the General Directorate of Traffic has recommended avoiding travel. In total there are 139 affected sections of the main road.

Closed the A-15 in its section of Gipuzkoa

At Basque Country, the A-15 highway that connects Guipúzcoa and Navarra remains closed to traffic due to snow this Sunday in its section of Gipuzkoa, between Berastegi and Andoain, while the rest of the main road network in the Basque Country is open.

On Pamplona (Navarra) there are generalized delays in regional transport and the The Provincial Government has insisted on its appeal to the prudence of drivers, especially if they have to circulate through mountain passes and roads in the northern half of the community, as the extreme or significant risk of snowfall persists with the possibility of accumulating snow on the road.

See also  Tons of aid, heading to Ukraine from a store in Madrid

In the secondary network, the ports of Altube, Barrerilla, Herrera, Opakua and Orduña are closed by snow for all types of vehicles, and for trucks those of Azazeta, Bernedo and Zaldiaran.

On Cantabria there are about twenty roads affected due to snow, three of them on the main network, with the ports of El Escudo (N-623), Los Tornos (N-629) and San Glorio (N-621) closed to the circulation of trucks and articulated vehicles. Also in the regional network the port of Palombera (CA-280) and the ascent to Alto Campoo (CA-183) are closed to traffic.

The storm continues: it will snow at low levels in the north of the peninsula

On Castilla y León, a thousand trucks They have spent the night in various service areas located on the AP-1, next to the Burgos towns of Rubena and Miranda del Ebro, due to the impossibility of circulating due to the snow, according to sources from the Government Delegation in this region.

Since the early hours of this morning, several snow plows have led the convoys organized to free heavy vehicles from their retention (bagged) in places enabled so as not to hinder the circulation of smaller vehicles.

In this region, twelve sections on ten highways are affected due to snow on the roads of the region, four in each of the provinces of León and Burgos, two in Palencia, one in Soria and another in Zamora, while a good number of national and regional highways are on notice.

The affected points in Burgos They are located in the surroundings of Lerma (A-1), Melgar de Fernamental (A-231), in Miranda de Ebro (AP-1) and in the capital of Burgos (A-73), the latter two with the prohibition of circulate to trucks and articulated vehicles.

In the province of Lion The conditional sections are located in the vicinity of Astorga and Vega de Valcarce (A-6) and in Valverde de la Virgen (A-66), while in Palencia difficulties are especially concentrated in Aguilar de Campoo (A-67) and Quintana del Puente (A-62). In the vicinity of the capital of Soria (A-15) and in the Zamorano district of Lubián (A-52) there are the other two highways with snow in dangerous proportions.

On Asturias The Huerna highway remains closed for articulated vehicles while the Pajares port is closed for trucks and chains are required to circulate. Another eight ports are closed and most require chains to circulate.

At Aragonese Pyrenees There are 21 sections in which the use of chains or winter tires is necessary and the traffic of trucks and buses is prohibited, and in the mountains of Teruel, with 8 sections in the same conditions and a closed road in Valdelinares. According to the DGT, most of the restrictions are located on national or regional highways located in the vicinity of Jaca, on routes to Villanúa, Puente la Reina, Aísa, Candanchú, Ansó and Hecho, among other municipalities.