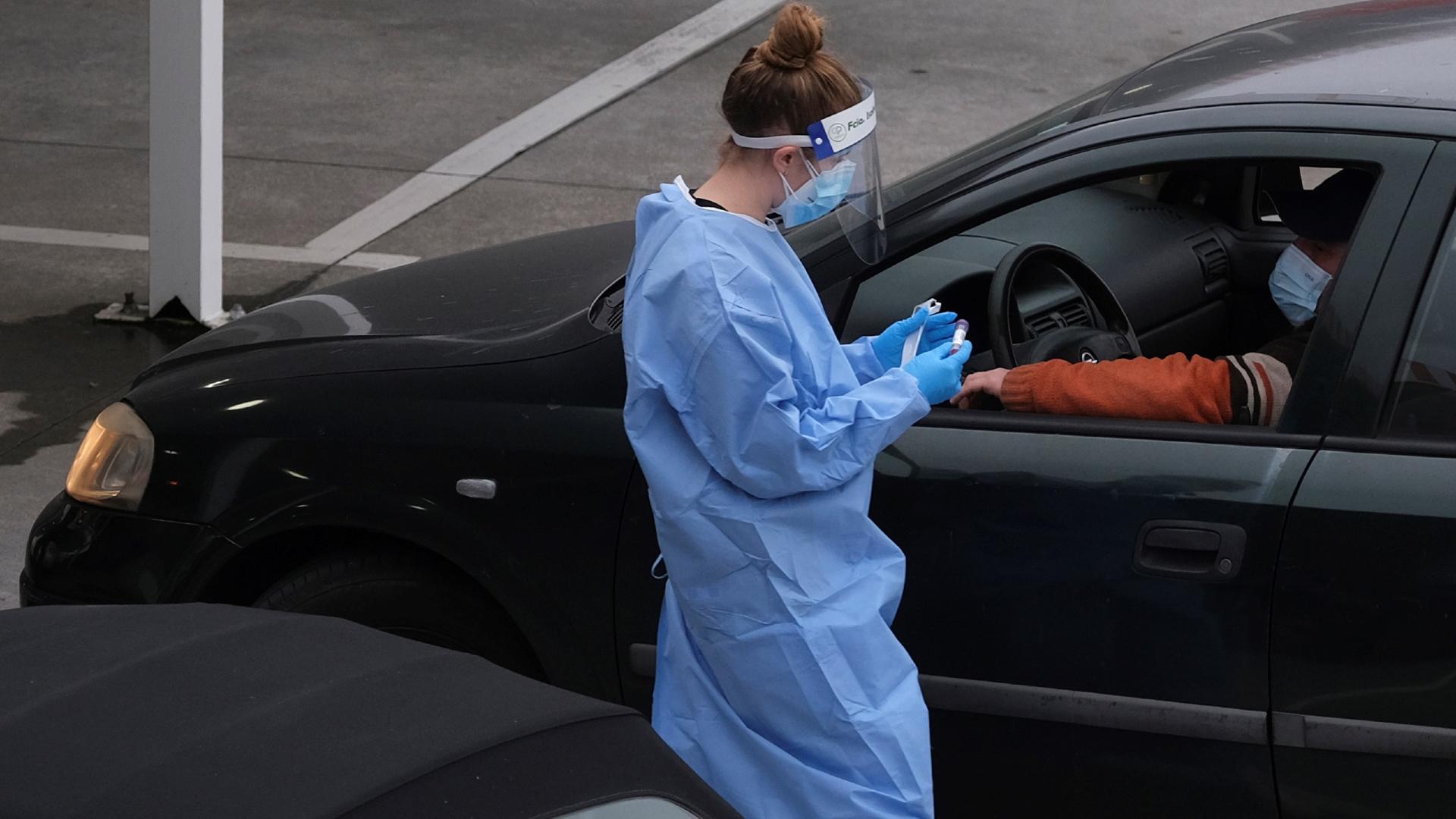 The epidemiological situation follows the trend of reduction in coronavirus infections that began on New Year’s Eve in several autonomous communities, although this decline does not follow the same line as the number of admissions when registering an upturn in hospitalizations.

Catalonia, Cantabria, Madrid and Galicia are some of the communities that reflect this reality with data referring to day 1: a drop in infections in the face of the rise in hospital pressure, with more admissions and more patients in ICU due to COVID.

Although the figures are provisional, Catalonia has registered a total of 8,117 new infections in the last 24 hours, compared to 22,200 yesterday, a one-off decrease that has coincided with the new year and that has not prevented, on the contrary, an increase of ten new admissions in ICUs.

According to data from the Catalan Health Department in these hospital units 443 patients are found, while the incidence at 14 days continues to increase with respect to yesterday and stands at 2,397 cases.

In the latter autonomous community, sick leave related to COVID they have tripled in three weeks, going from 27,249 in the second week of December to 79,484 at the end of 2021.

Different experts in the study of the evolution of the coronavirus pandemic have agreed this Sunday that next week could be the “peak” of infections by the omicron variant in Catalonia, where the latest data also indicate that the growth of cases is not as strong as a few days ago.

Also in Galicia the trend of reduction of infections started on the 31st, with 3,532 positives, although the situation also shows an increase in hospital pressure, with 27 more patients, while the 48,000 active cases are exceeded.

A year ago, Galicia had 5,833 cases of this disease, after 444 infections in one day, and had 354 hospitalized patients.

Another of the regions that this Sunday reports a drop in positives in the last 24 hours is Cantabria, specifically, it reports 847 new cases of coronavirus, 251 less than the day before.

Like Catalonia or Galicia this decline fades with the increase in the number of hospitalizeds (134 compared to 124 the day before) and with a new admission to the ICU (22).

The Community of Madrid has registered 3,863 new infections this Sunday compared to the 18,303 registered on Friday, and 12 deaths compared to 14 two days ago, while the hospital pressure rises with 1,808 admitted to the ward and 254 to the ICU.

Of the new positives, 2,642 correspond to the last 24 hours, according to the latest epidemiological report from the Ministry of Health, which records an increase of 203 more patients in the ward and twenty more in ICU compared to Friday, December 31.

The sharp drop in infections this Sunday, after the New Year holiday, could be due to the given weekend effect that in this period fewer diagnostic tests are performed, after which it is to be expected that there will be a rebound.

Thus, just a week ago, the positives registered after Christmas Eve were 5,626 on December 26, while two days before they had reached 20,371, according to data from December 24.

In the last week hospital pressure has grown with 766 patients more in the ward and 63 more in the ICU compared to December 26, when there were 1,042 and 191, respectively.

Comparing with last year, the positives on January 2, 2021 amounted to 656, while the deceased were 16, the patients on the floor were 1,677 and there were 328 in the Madrid ICUs. Since the start of the pandemic, 1,164,130 cases of coronavirus have been diagnosed in the Community of Madrid.

Notable drops in infections in Navarra and Aragon

Navarra has started 2022 with a drop in positives below 1,500, which represents a notable decrease compared to the 3,350 notified in the last day of 2021. However, the infected data could be updated as has happened in the last days of December.

The figures for Aragon are in the same line, with a steep decline in infections: 2,690 new positives of covid-19 corresponding to Saturday, January 1, 1,280 less than the previous day but 637 more than a week ago.

According to provisional data published this Sunday in the Transparency Portal of the Government of Aragon, 1,887 infections have been reported in the province of Zaragoza, 666 in that of Huesca and 136 in that of Teruel, while in 1 the origin has not been identified .

The decrease in cases also continues for the second consecutive day in La Rioja, with 5,894 cases, 427 less than the previous day.

See also  'We will meet in heaven': Ukraine girl, nine, pens heartbreaking letter to her mum killed in Russian attack

The Balearic Islands remain at high risk with a pressure in ICUs of 18.4 percent, with 63 patients, and another 245 patients on the ward. The Ministry of Health has diagnosed 822 new cases of covid-19 in the New Year, when hospitalizations rose to 308 patients, 4% more than two days before