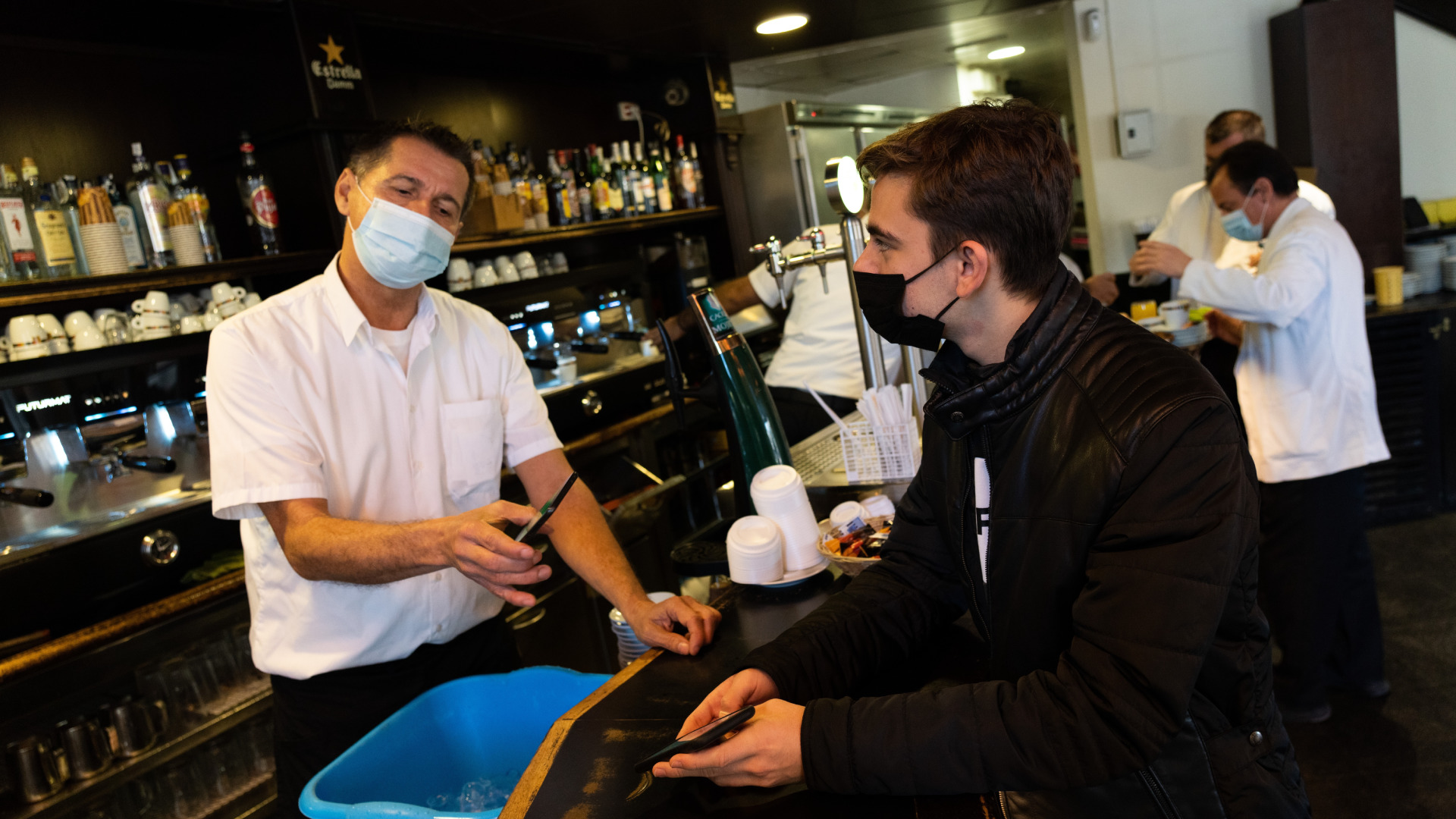 The sixth wave of COVID-19 and the landing of the omicron variant in Spain have Accelerated infections in the population between 20 and 29 years old, which already exceeds in incidence those under 12 years of age, the band that since mid-September registered the highest number of accumulated cases as it is the only one without authorized vaccination. A trend that, according to experts, responds both to the lower penetration of vaccines among twentysomethings as your higher degree of social interaction.

The incidence in that age group exceeded this Monday, according to data published by the Ministry of Health, the 854 cases per 100,000 inhabitants in the last 14 days, already above the about 777 cases of children under 12 years of age, who only last week could begin to be vaccinated in Spain.

That last Health report confirmed that incidence among twentysomethings had grown more than 222 points since last Friday, an increase of 35% in just three days which places it as the age group most affected by the sixth wave of the pandemic in Spain. And that was already perceived a week before: its incidence increased by about 29% the previous Monday and throughout the week it grew between three and six times faster than that of children under 12 years of age.

“The group from 20 to 29 years old meets two conditions: it is a group that interacts a lot socially and it is one of the groups that, despite having a good percentage of vaccinated, are at the bottom of the age groups in terms of the number of people vaccinated. This partly explains the great circulation “of the virus, explained this Tuesday Antoni Trilla, head of epidemiology at the Hospital Clinic de Barcelona, in an interview on Channel 24 Horas de TVE.

An explosion of cases in a week

However, it is not a homogeneous trend throughout Spain: children under 12 years of age continue to be the age group with the highest incidence in a dozen autonomous communities and in Navarra and the Basque Country, they exceed 2,000 cases per 100,000 inhabitants. But In all the territories, with the exception of Ceuta, infections grow faster among twentysomethings.

The explosion of cases in this age group is especially noticeable in the regions of Madrid – where its incidence has been growing for several days at rates that are around and even widely exceed 40% -, in the Canary Islands and Extremadura, although also in Castile and Leon they are the group most affected at the moment.

“There is never just one reason. You have to take into account the social interaction factor, which has obviously been much higher in recent weeks among younger populations. And this 20 to 30-year-old age group is the one that cost the most to start. to vaccinate, “he explains Salvador Macip, specialist in Health Sciences at the Open University of Catalonia and member of the scientific committee that advises the Catalan Government on the management of the pandemic.

Right now, 80% of those between 20 and 29 years old have the complete vaccination schedule, that is, four out of five, a percentage that only worsens the group between 30 and 39 years old, with 79.1% vaccinated. “The virus always tries to find the easiest way, and now, for delta and omicron, they are the unvaccinated,” Antoni Trilla stressed this Tuesday.

In any case, the omicron variable, against which vaccines seem to offer less protection, seems to be behind the significant increase in infections in recent days, which not only affect twenty-somethings: the population groups between 30 and 39 years old and between 40 and 49 years old also show a considerable increase in incidence, with rates that are around 10% per day.

In fact, 30-somethings are the age group with the highest incidence in Andalusia, Murcia and La Rioja, as well as in Ceuta, and its cumulative incidence is already at 766 cases per 100,000 inhabitants in the last 14 days, also very close to surpassing those under 12 years of age.

According to the Health data, ómicron accounted for 47.2% of COVID-19 infections in Spain in the week from December 6 to 12, when a week before it was barely 3%. And in regions like Madrid, sequencing tests indicate that it already represents more than 60% of infections in some hospitals in various health areas.

Thus, experts continue to call for measures to mitigate the impact of the pandemic in primary care and, ultimately, in hospitals and intensive care units. “We have to do something, apply all the restrictions we can and cancel Christmas, limiting the meetings,” summarizes Macip, who refers to limitations in hours, capacity and indoor activities: “This situation will repeat itself, until the pandemic ends we will continue having waves and new variants will keep popping up, so we have to keep doing the things that we know work. “