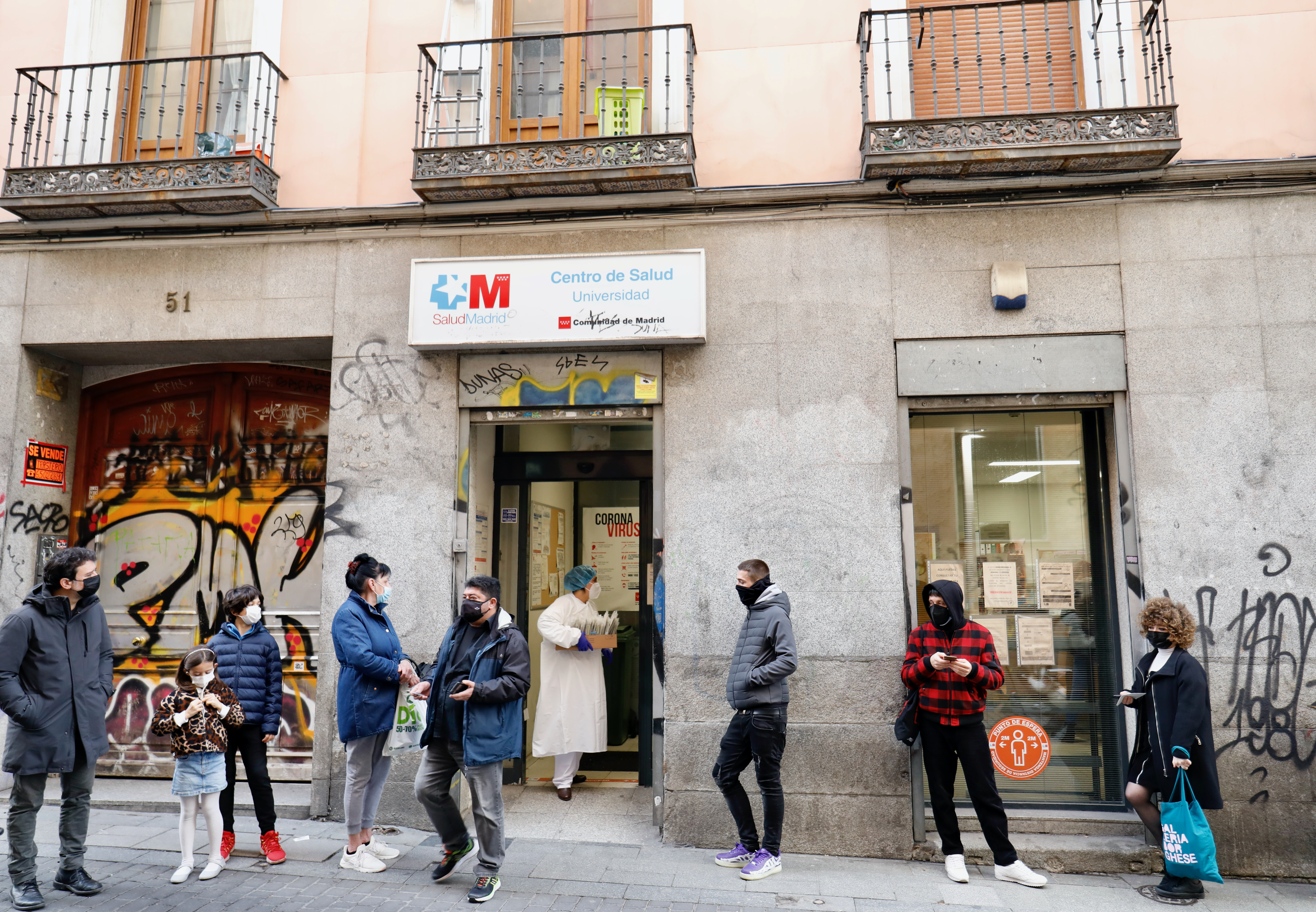 This Tuesday, Madrid has notified 11,221 new infections, it is the highest number that has been registered since the pandemic began. In no other wave has there been official data of such an explosive growth in infections. Since last week, Madrid has accumulated 36,222 more positives, has almost quadrupled the cumulative incidence, which exceeds 700 and has peaked in detection, it will begin to give positive self-diagnosis tests as a confirmed case. Saúl Ares, systems biologist and researcher at the CSIC, recalls that “there are no reliable records of the first wave, and therefore the number of cases from those first months is not actually known.” With the available data, “yes, this is the largest since March 2020.” Until now and outside of this pandemic peak, that record was fixed on January 19 of this year, with 7,879 positives.

This wave, however, has a difference that completely changes the picture. Vaccination, which does not prevent infections, has been the greatest protective barrier to prevent the disease from worsening. This, on the other hand, means that the vast majority of those who fall ill, with mild symptoms, end up in the first step of the health system, primary care, overwhelmed for days.

With the majority of the Madrid population vaccinated – 88.6% of the citizens to be immunized already have a complete schedule – “we have increased the population of asymptomatic patients and the virus moves freely”, explained this Tuesday José Manuel Bautista, professor of Biochemistry and Molecular Biology from the Complutense University of Madrid. The Immaculate Bridge, the cold and pre-Christmas social gatherings, especially indoors, pandemic fatigue and the expansion of the omicron variant – which reaches 80% of infections, as confirmed by the Ministry this Tuesday – are some of the circumstances that, according to Bautista, are helping the transmission of the virus.

Especially among the young population, the virus circulates exponentially. According to the latest epidemiological report of the General Directorate of Public Health of the Community, this Tuesday, the highest accumulated incidence last week occurred among those aged 15 to 24 (1,022 cases per 100,000 inhabitants in the last 14 days) and between those from 25 to 44, with 1,032; and it is the women of these age groups who accumulate the highest numbers, 1,220 and 1,070 respectively. With the latest report from the Ministry, this Monday, those rates grow even more this week. Between 20 and 29 years of age, the incidence is 1,387 cases per 100,000 inhabitants in the last 14 days.

Ares affirms that, with today’s data, “the rate at which the number of cases is growing is slowing.” Despite the high figure, “last week they grew at around 280%, and, although it continues to do so at an unbridled speed, it has slowed down in recent days,” explains the CSIC researcher. “If I had continued at the rate I was going, the figure would have been higher today,” he adds. And he pronounces a “but”: “This may be due to the fact that he is actually braking or having reached the ceiling in the diagnostic capacity, that is, that the system cannot give more of itself to detect, analyze and confirm positives. Or both ”. The new protocol of the regional government to confirm cases confirms that this ceiling has already been reached.

During the weekend, with the health centers closed – since March 2020, when the primary school was reorganized to nurture the Ifema field hospital with professionals – the population began to go to the hospital emergencies. In Fuenlabrada, and in some others, PCR had to be prioritized because they ran out of reagents and began to test for antigens. And that slight increase in the influx to hospital emergencies has no longer slowed down. This Monday and Tuesday, with the primary school on the verge of collapse, the emergency plans activated and the ordinary non-urgent consultations paralyzed in order to attend to the suspicions of covid, part of the population has ceased to be part of the endless lines that are formed. at the doors of the doctor’s offices and end up going to the hospitals.

The still positive fact about this wave is that there are not many sick people left inside yet. Madrid has 751 patients on the ward and 151 in the ICU this Tuesday, and maintains a certain stability in these statistics. Ares, who refers to the Community’s epidemiological bulletin, points out that it is “among those over 65 where transmission rises the least at the moment.” Yes it is growing, “and it will translate into hospital cases, but at the moment it is not there and that is good news.”