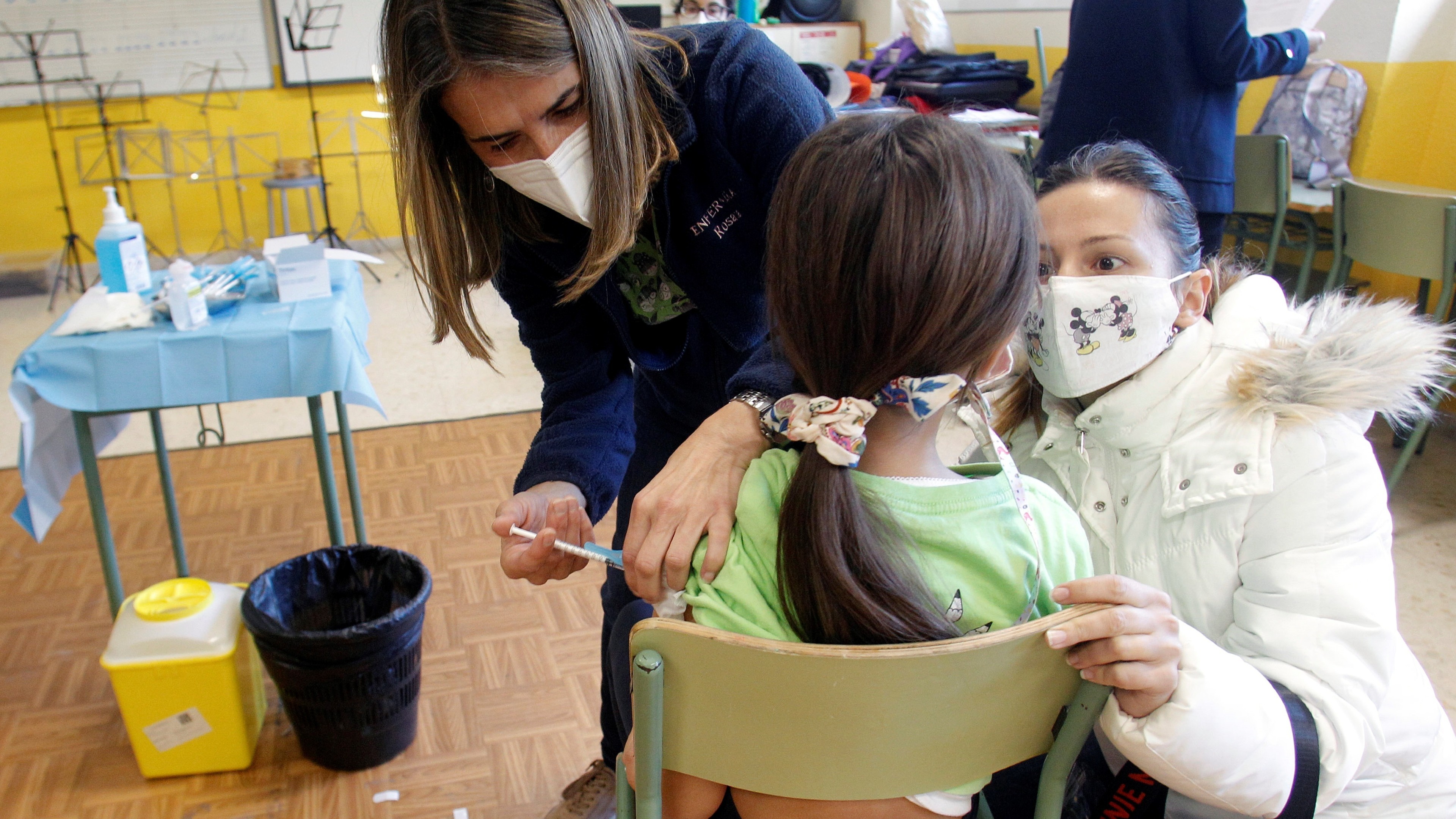 “Sixth wave, sixth collapse”, with this simple phrase defines Salvador Married, a family doctor from Madrid, the current situation of primary care in his autonomous community, which is similar to that of the rest of Spain. The omicron variant has blown up the calm of recent months and the incidence has soared again, with a hitherto unknown volume of infections, which sets new records day after day. Furthermore, almost no one doubts that the worst is yet to come.

However, this sixth wave is going to be very different from the previous five. First, due to the high degree of vaccination of the Spanish population, which although in many cases it will not rid them of the infection, it will do so from the most serious effects of the disease, avoiding that temporal sequence that sadly has been repeated so many times since the beginning of the pandemic: hospitalization, ICU and death. And second, because omicron is showing a much milder clinical manifestation than the predecessor variants, so the percentage of hospital admissions is lower.

Although this scenario has turned into a new storm that is gathering on exhausted primary care after almost two years of pandemic and the largest vaccination campaign in history, which has largely fallen on her. “We have collapsed medical centers, but with colds, mucus and mild pathology”, describes Dr. Casado, who explains how in the current situation it is impossible for the accounts to settle: “I have an orderly and calm consultation, and that means between 30 and 35 patients a day. But now I’m seeing at least 50 patients every day. That’s a 40% to 50% increase. “

Salvador Tranche, president of the Spanish Society of Family and Community Medicine (semFYC), describes to RTVE.es the critical situation that primary care is going through, aggravated by the fact that “politicians and health managers are looking the other way”. “We are extremely concerned, because we have a noticeable overload. We are very concerned that primary care remains invisible, and all the indicators, both from the Ministry of Health and from the autonomous communities, only look at hospitalizations and ICU admissions, when the volume of care overload, in this wave much more, it is in primary care, “he says.

As he says, the main drawback of this situation is that it is overloading ordinary care activity, which in turn generates significant delays in care. At this time, requesting a consultation with a family doctor in Spain has an average delay of almost six days.

The announcement by the President of the Government, Pedro Sánchez, of a battery of proposals to intensify vaccination and stop the almost vertical escalation of infections, which includes the return of the mask outdoors, has not been welcomed by family doctors either. , who qualify them as “some of doubtful efficacy and others clearly insufficient”. “I should have taken some action related to social interactions; reduction in family gatherings, especially nightlife, which has been shown to control the pandemic “, says Tranche, who assures that” the variant does not matter, which is clearly related to the lack of control of the pandemic is social interaction. We have seen this in previous waves, but in this much more, with which this Christmas can be tremendous. “

“We do not estimate that the number of infections will decrease until the second half of January or the first of February. One may have the feeling that now it is less serious than in previous waves, but With this volume of infections, in the end the figures will be worse than the previous ones, despite the fact that hospitalizations and deaths are much lower, “he predicts.

For Lorenzo Armenteros placeholder image, spokesperson for the Spanish Society of General and Family Physicians (SEMG), “this Wednesday the Spanish Government lost a great opportunity to offer real support to primary care, in the same way as when the need was from hospitals and they received support, with an investment effort that we are appreciating right now, that has not been done in primary care, where minimal patches are being applied “.

The measures announced by Pedro Sánchez to intensify vaccination include the hiring of retired and early retired health personnel, as well as an action plan in primary and community care, which plans to increase the number of available healthcare professionals and improve their working conditions, reducing the temporality below 8%. “We do not trust this promised reinforcement, if in addition the investment does not even reach 300 million euros”, Armenteros values ​​for RTVE.es.

“The only thing we ask is that the doctors be listened to, which is something that has not been done. It is almost a cry of despair. It is not a question of money, it is a question of working conditions, of dignity to be able to work , to be able to pay attention as you should. We are doing battle medicine“laments the SEMG spokesperson.

The nurses, “overwhelmed, disappointed and exhausted”

In the new storm that is beating on primary care services, nurses are taking a very important part of that workload. This group defines its current situation with three words: “overflowing, disappointed and exhausted”. “The only thing that is being done is patching, and demanding an overstrain from health professionals that is undermining their physical and emotional health. We have exhausted nurses, wave after wave, without being able to recover,” he defines RTVE.es Maria Jose Garcia, spokesperson for the SATSE nursing union.

“It is insane and we live it with absolute despair, because once again what we are feeling is that the administrations are turning a deaf ear and throwing ourselves an unbearable workload. Nurses are exhausted in every way, and they end up putting in many more hours in their workday than anyone recognizes them. But if we do it, it is because the partner on duty who comes in later will not be able to handle what she has, “he adds.

In addition to the controversial measure of resuming the mask outdoors, the plan announced by the Government to face that dreaded coincidence of omicron and Christmas relies largely on intensifying vaccination, with third doses and the pediatric population. But the doctors warn that “perhaps we are pouring a lot into vaccines, because from this pandemic we are not going to come out only with vaccines.” “Vaccines are saving us that we are not counting deaths, but they do not prevent contagion,” he says. Isabel jimeno, who is a family doctor in Madrid.

“Vaccines give a certain impression of security and tranquility, as with tests. But it is a false security, which perhaps is because it has not been transmitted as well as we should. Vaccines yes, and they are saving lives, and the more vaccinated people are, the better. But prevention and follow-up are very important. We have to adopt another series of measures that help vaccines, “he asks to avoid as much as possible that increase in infections that is taking precedence with primary care and threatens to take it to unknown limits throughout the pandemic.