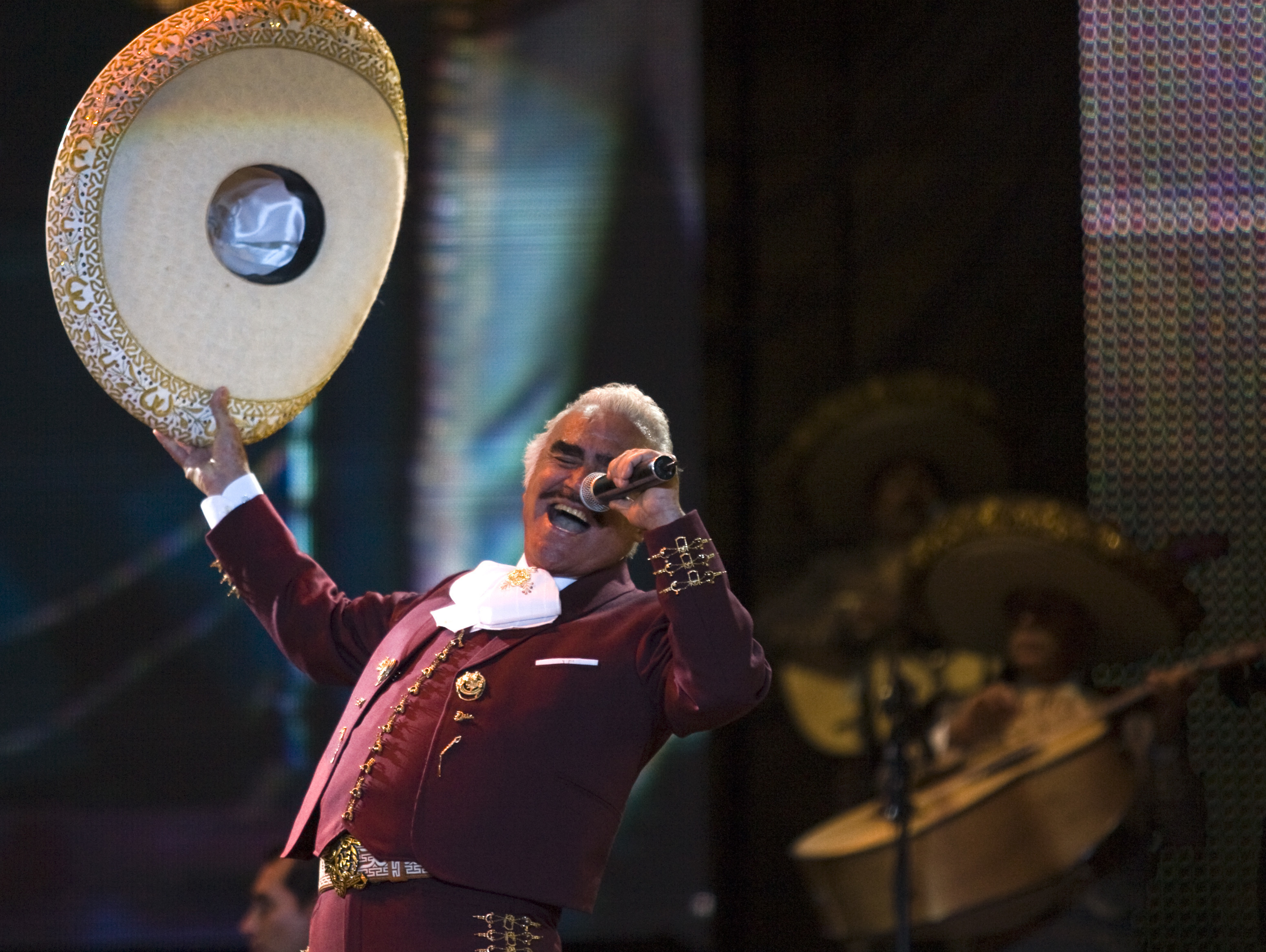 How is Vicente Fernández going to die, if there is not a corner of the country, a canteen, a taxi, a party room, where the chorus of Beautiful darling, Drink this bottle with me Jalisco style, to suffer By your damn love Y to cry with the soul in pieces. If neither Jorge Negrete, nor José José, nor Juan Gabriel, nor Joan Sebastian, nor Pedro Infante, and much less José Alfredo has died. How is Chente going to die, if his songs survive? If in Mexico there is no party that ends without him. If while these lines are being written, a lonely trumpet in the middle of the street goes out of tune Here between us in exchange for a handful of pesos.

The man, Vicente Fernández, died this Sunday on the Virgin of Guadalupe day at the age of 81 in a hospital, after suffering a disastrous fall at his ranch in Jalisco that has kept him connected to a respirator and struggling to resist for five months. But it is his legend that will be venerated this Sunday and the rest of his days by thousands of faithful, who are sure already preparing tequila to toast his health. For the idols of ranchera music, party soundtrack made in Mexico, the country keeps several reincarnations. Those who one day touch the Mexican heart know that they are knocking on the doors of immortality. They will be revered by their contemporaries, but also by their children and their children’s children.

“As long as you don’t stop clapping, your Chente doesn’t stop singing.” That phrase, uttered by Fernández at a concert in the beginning when the organizers wanted to take him off the stage, became a battle cry. The last living exponent of the genre, one of the few of his generation who continued to climb the stage armed, wearing a charro hat and cowboy boots; the only one for whom that outfit was not part of the propsIt was rather a declaration of intentions: a ranchera who milked a cow, tamed a mare, released the reins of the horse, raised the whip.

The main secret of his success was always that anyone could identify with him. “When one of the best ones went to his concerts, he went home with the feeling of having drunk with him,” Gilberto Barrera, a veteran entertainment journalist who has closely followed his career, told this newspaper. With him, in addition, his audience knew that they would not pay exorbitant amounts of money to see it, because the artist was in charge of negotiating that point with the venue. This is how it was at his last concert in 2016: some 85,000 people came to say goodbye to the charro in a free event at the emblematic Azteca Stadium, packed to the brim.

They called him the Mexican Sinatra. But Fernández wasn’t worried about a sound check. His torrent of voice had been trained by the force of guitarrones, violins and trumpets, of shouts in palenques, where there was no microphone other than his vocal cords. And when he achieved success in the mid-sixties, after having earned his living for 35 pesos a song in seedy bars, and had to grab a microphone, he would place it on his stomach, as if it were from the gut and not from the throat, where the magic was made.

“The difficult thing in this life is to be born. Die? It’s going to take the hell out of us all ”, commented the also known as The son of the people. The only man from a poor family, with a peasant and alcoholic father and a housewife who never got to see how he became a star. He was born in 1940 in the rural municipality of Huentintan El Alto, on the outskirts of Guadalajara (Jalisco), and broke all Mexican schemes that whoever is born poor dies poor. He painted houses, polished boots, washed cars and dishes, dropped out of school before finishing elementary school – “Letters don’t come in when you’re hungry,” he declared in an interview – and while he worked hard to support his family, he only had one obsession a guajiro dream: to become as great as Pedro Infante.

He represented like no one else the figure of the Mexican macho, the clinging womanizer who despite the pilgrimage of women who passed through his hotel room and dressing rooms, never left his wife whom he married at 23 years of age. Neither did she him. Maria del Refugio Abarca, alias head, resignedly forgave him all, and in silence and always in the shadows, she raised her three foals: Vicente, Gerardo and Alejandro, the only one who took the ranch inheritance from her father, even though he combined —very despite Chente— the costume of charro with his shirt unbuttoned to his chest. Also to Alejandra, their niece, who they adopted as their own since she was a baby.

“A captive man from another time,” said the author of his latest unauthorized biography in an interview for this newspaper. The last king (Planet), Olga Wornat. That he could not stand Juan Gabriel for being homosexual and worse still, mannered. And who dared to confront José Alfredo Jiménez himself for a woman, Alicia Juárez, muse and last partner of the most famous Mexican composer. Although years later it welcomed some of his hymns, such as The king. That he hated a man who cried, who intoned: “Ay, Martín. There is no doubt that pain is also sung, when you cannot cry ”, speaking in a song to the composer Martín Urieta.

The icon of ranchera music who not only managed to escape hunger and catch up with Pedro Infante, who has a star on the Hollywood Walk of Fame, and succeeded in even the most humble houses of rural post-war Spain will dream of Mexico and those men with hats, bushy eyebrows and mustaches, have entered the Olympus of their idols. Fernández has become eternal.