Skip to content
Home News The round table ‘EITB Maratoia solasean’, on December 9 from Biocruces Bizkaia, to address Alzheimer’s | Maratoia

The round table was attended by the Minister of Health Gotzone Sagardui, the general director of EITB Andoni Aldekoa, as well as experts, researchers and members of associations.

This Thursday, December 9, the headquarters of Biocruces Bizkaia Health Research Institute has hosted the round table entitled ‘EITB Maratoia solasean’, in which the Alzheimer disease from a health, social and research perspective. And, this year the cause of EITB Maratoia is precisely Alzheimer’s. The big day of EITB Maratoia 2021 will be on December 16, and with this talk-presentation has started the final stretch of the solidarity campaign, which this year has the motto Alzheimer’s is a heart disease.

The round table was attended by the Minister of Health Gotzone Sagardui and the CEO of EITB Andoni Aldekoa. Along with them, they have also participated Marian Ibarrondo, Director of Innovation and Health Research; the researchers Manuel Fernandez (Biocruces), Myriam Barandiaran (Biodonostia) and Johanne Somme (Bioaraba); and Koldobika Aulestia, President of AFAGI, representing associations of people with Alzheimer’s and their families. The host Izaro Iraeta has been in charge of conducting the event, which has been held without an audience. The event, however, has been followed live, in streaming, on the eitb.eus website. 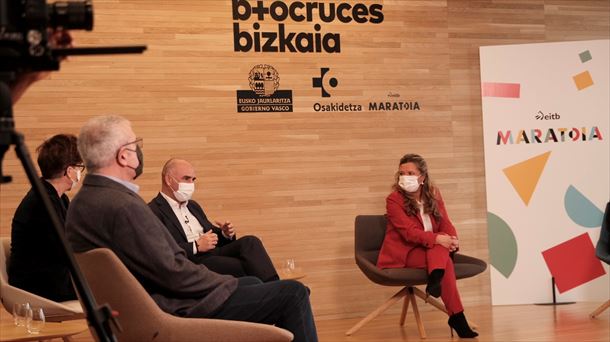 The Basque Government Minister of Health has been in charge of opening the round table, highlighting initiatives such as EITB Maratoia. As highlighted Gotzone Sagardui, EITB Maratoia is an initiative that reaches out to the people, as it serves to make citizens aware of the importance of research and their participation. “Initiatives such as EITB Maratoia help to visualize that in the Basque Country we do research in the field of health. We do research a lot and well,” he stressed.

As the counselor has detailed, the Department of Health of the Basque Government is currently participating in about twenty research projects on Alzheimer’s disease, with external funding that far exceeds half a million euros, and the neuroscience area constitutes a of the main research areas. “We fundamentally investigate through the Bioaraba, Biocruces Bizkaia and Biodonostia Health Research Institutes, with BIOEF as head. All of them, Osakidetza structures, in collaboration with other agents”, explained Sagardui.

In this sense, the CEO of EITB, Andoni Aldekoa, has underlined the alliance with the Health system, and the duty and commitment of EITB as a public service regarding the causes and issues that most concern society. The general director of EITB recalled that EITB Maratoia already has a long history of solidarity as a “brand that has permeated Basque society”, a company that “generously responds year after year to your call.” In this regard, he wanted to thank and show his appreciation to Basque companies, institutions and citizens for this support. Likewise, Aldekoa has stressed that research is the key. “Gathering resources for research is the ultimate objective of EITB Maratoia: to give visibility to the cause and, within the framework of the collaboration alliance with the Health system, to allocate all the money raised to different research projects through BIOEF” , has recalled.

See also  What time does Wimbledon start today? TV channel and how to watch

Thus, Aldekoa explained that, in this phase of EITB Maratoia, the moment comes when the EITB media start the information and awareness campaign of the disease through expert voices, the testimonies of associations and researchers , voices that the round table “EITB Maratoia solasean” wanted to bring together.

It is the case of Manuel Fernandez, coordinator of the area of ​​Diseases of the nervous system and the group of neurodegenerative diseases at the Biocruces Bizkaia Health Research Institute, as well as a neurologist at the Cruces Hospital and the Oroitu Specialized Care Center, who participated in the presentation. In addition to explaining what Alzheimer’s disease means and how and when it develops, the expert has talked about what has been the progress in recent years. In this sense, he stressed that “new imaging techniques, the study of risk factors for developing the disease, advances in the field of genetics and the development of new drugs are a flame of hope to defeat this terrible disease “. He also explained what are the main lines of research of Biocruces, and highlighted the importance of research platforms, and the donation of brain samples and other biological samples from affected patients, samples managed by the Basque biobank. “Researchers need time and financial resources to carry out projects. The coming years are expected to be encouraging and research is a fundamental element,” he concluded.

The round table was also attended by Johanne sum, an adjunct neurologist of the Neurology service of the University Hospital of Álava and owner in said hospital of the consultation specialized in cognitive impairment, who has spoken about the biomarker study project that Bioaraba is carrying out. As Somme explained, dementias often do not occur in isolation and when studying the brains of deceased patients they find several pathologies in the same patient. They believe that the coexistence of different pathologies can influence the disease and the response that the patient may have to treatments, which is why Bioaraba is studying biomarkers for dementias in relation to Parkinson’s disease and prionopathies. 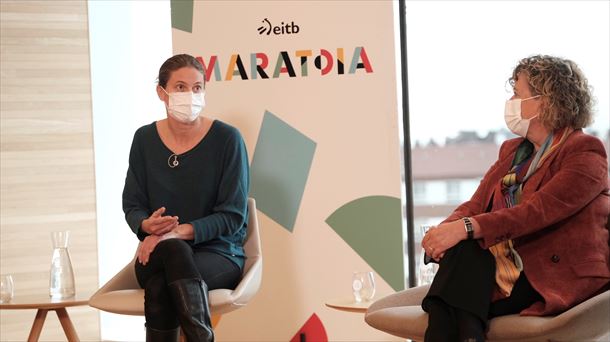 He has also intervened in the act Myriam Barandiaran, Doctor in Neurosciences, co-coordinator of the Biodonostia neurodegenerative diseases group and clinical neuropsychologist of the Cognitive Impairment Unit of the Neurology service of the Donostia University Hospital. The expert has explained the lines of research on aging and on diseases related to it that the Biodonostia Institute has, specifically those aimed at identifying factors for early detection, as well as the study of possible therapeutic agents; Furthermore, he has spoken of the role of neuropsychology as a tool to assess cognitive impairment (in this case, memory impairment) and has valued the prevention strategy based on lifestyle habits. Barandiaran also stressed that “research is not just a few people in a laboratory.” “In order to be able to investigate, communication between clinicians and researchers is needed,” he recalled. “But we also need the participation of institutions, patients and families,” he added. 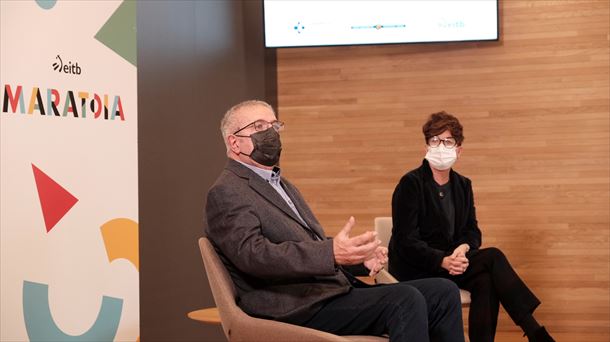 The round table concluded with the intervention of Marian Ibarrondo, Director of Healthcare Research and Innovation, who explained how all the generosity of the citizens participating in EITB Maratoia will translate into, and how all the proceeds will be channeled into specific projects. As Ibarrondo explained, once the collection is closed, BIOEF (Basque Foundation for Health Research and Innovation) publishes a call for aid to finance research projects. In this way, requests for specific projects are received, which are rigorously evaluated in their scientific-technical quality by external expert evaluators. Once the projects are considered eligible for funding, a panel evaluates the projects of greatest scientific interest and the greatest applicability. In this court, in addition to scientists, Osakidetza doctors and members of the Department of Health, patient associations also participate, as highlighted by Ibarrondo, who has also explained that they are usually projects lasting about three years carried out by different types of research centers in the Basque Country. “In previous calls, thanks to this solidarity, 6.4 million euros have been earmarked for 111 research projects in the different pathologies addressed by the EITB Maratoia. Specifically, in the last call held, the funds were used to finance 11 research projects on covid-19 “, he assured.

-Alzheimer’s disease (AD) is the most common type of degenerative dementia (between 60 and 80% of all dementias) and involves a loss of memory, a deterioration in cognitive abilities, such as the disorder of the thinking and understanding, as well as changes in behavior.

-Alzheimer’s disease (AD) is the leading cause of dementia in people over 65 years of age. Of the 481,363 people that make up this group in the Basque Autonomous Community, 48,000 people would be affected by some type of dementia; and 70% of them (around 36,600 citizens) due to Alzheimer’s disease.

-In Euskadi, dementia is the leading cause of disability, and the disease with the highest degree of dependency, which translates into a great economic impact. Caring for a person with Alzheimer’s disease costs a family approximately 31,000 euros per year.

-The processes and mechanisms related to AD begin several decades before the clinical onset of the disease, so the diagnosis is of great importance for the initiation of early treatment. If an effective treatment were available by 2025, a delay of 5 years in the manifestations of the disease would mean that by 2050 the total number of patients expected would be cut in half.