Skip to content
Home News The risk of dying from COVID is 25 times higher in those not vaccinated, according to Health | Society 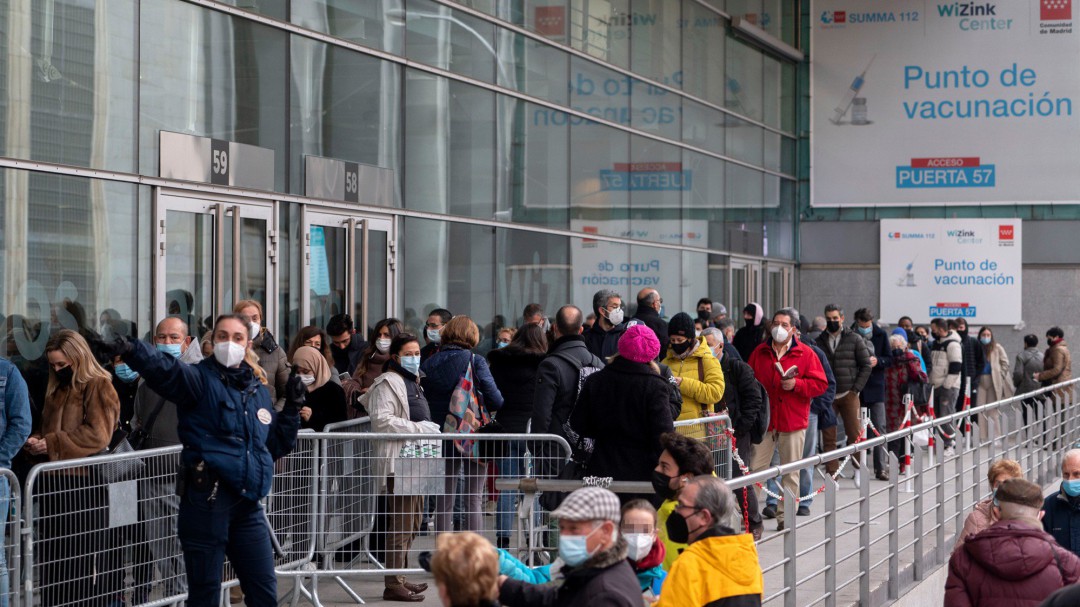 The Ministry of Health has estimated that the risk of dying from coronavirus among the unvaccinated is “25 times higher” than in a person who is completely vaccinated, while the risk of hospitalization rises up to 18 times more.

Data from the Ministry of Health on the pandemic show that the incidence has increased in the last day by 7 points, to 139 cases, with 34 deaths and 6,777 new infections (46,361 in the last week).

Regarding these data, the Secretary of State for Health, Silvia Calzón, explained at a press conference that in recent weeks the incidence “has risen slightly”, but it has not done so as sharply as in previous waves, and has warned on the importance of vaccination (almost 80% of the total population with a complete schedule) with which it has been possible to reduce hospitalizations and deaths.

According to the Health report, between September 20 and November 14 “the incidence in fully vaccinated people is much lower than that observed in non-vaccinated people.”

The greatest difference is observed in people between 60 and 80 years of age, with a risk of infection in vaccinated people that is almost 8 times lower, while hospitalization is 18 times lower and death is up to 25 times lower than those who are not vaccinated.

“Although the differences are smaller, the incidence in people who have received an incomplete vaccination schedule is also lower than in those not vaccinated,” adds health.

Regarding pressure in intensive care units, the increase in the incidence in recent weeks has led to greater hospital pressure -although less than in previous waves-, both in the ward (2.4%) and in the care units intensive, which go from 4.6% to 5.3% in a week.

The positivity rate among the COVID-19 testing population continues to rise, from 3.5% a week ago to 5.59%.

The pressure in hospitals continues to be uneven in the autonomous communities, with territories such as Aragón where it borders on 11% in ICUs, while hospitalization in the ward is the second highest, 3.8%, above the 2% considered as a risk threshold.

This data contrasts with that of Cantabria, with the lowest rate in intensive units (1.69%) or Galicia (1.34%).

Catalonia is the second with the highest pressure in the ICU and already exceeds 12.2%, after rising in the last week from 7.6%.

A week ago, the percentage of critically ill patients in La Rioja reached 17.9% occupancy, but, despite the increase in infections, it has dropped to 7.5%. It is the community with the highest percentage of patients on the ward with 5.9%.

With the new traffic light announced by Health and the communities, the risk indicators are lowered and, for example, Navarra and the Basque Country would be at high risk (from 300 to 500 points).