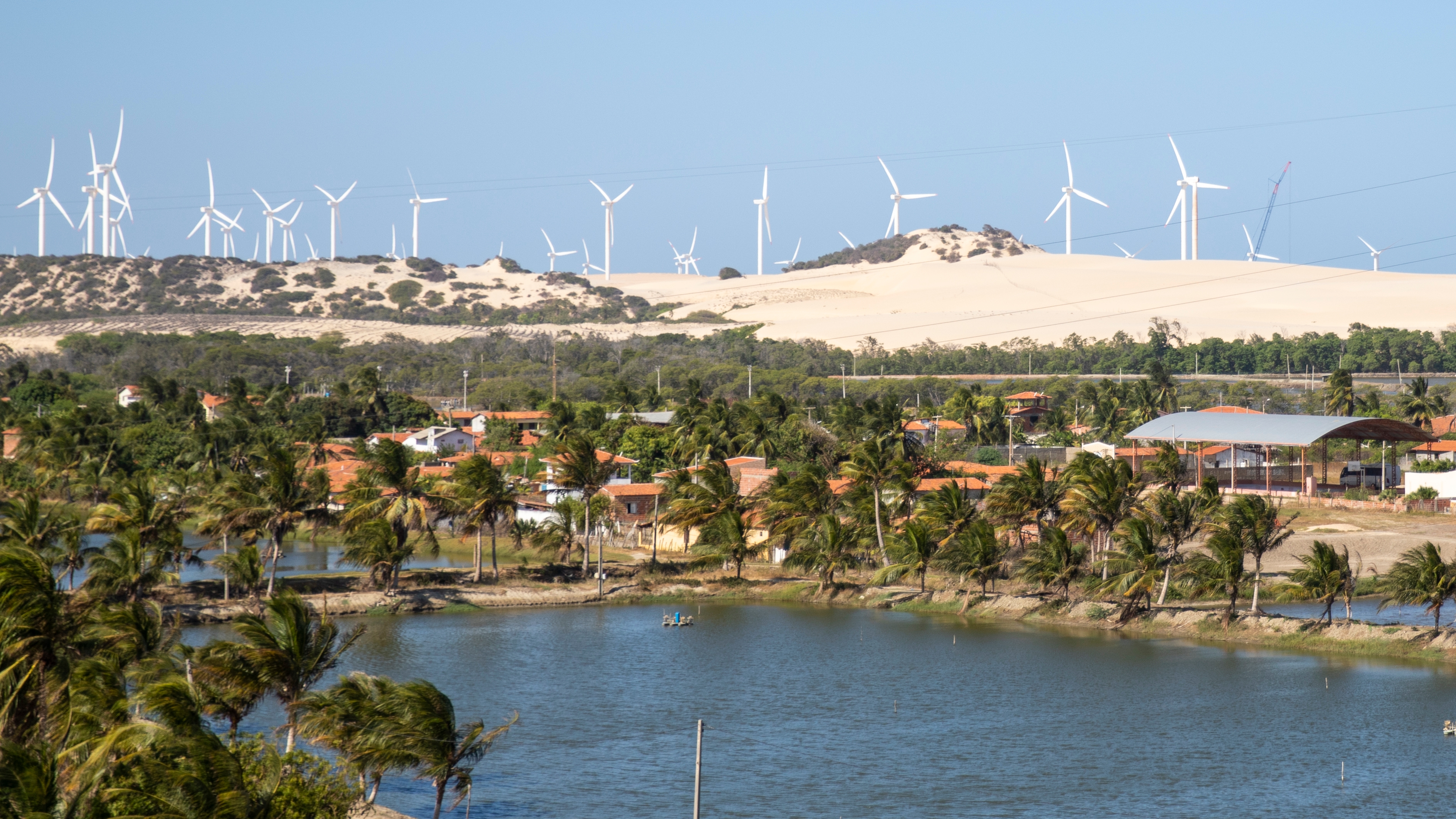 At the United Nations Climate Change Conference (COP26), held in Glasgow, I participated in a panel with national political leaders, which included the Scottish Prime Minister, Nicola Sturgeon, and the Spanish Minister for Ecological Transition, Teresa Ribera, to talk about how to get serious about the green economy. At a time when overwhelmingly male world leaders had their tug of war over commitments, positions and promises – what Swabian activist Greta Thunberg memorably called more “blah, blah, blah” – our panel of four women focused in what new tools and institutions the planet will need in its decarbonization process.

After COP26 it is more evident than ever that promises from above are not enough and that, rather, a structural and institutional transformation is needed from the bottom up. Our only hope of keeping global warming within “safe” limits (in fact, the agreed target is much safer for some than for others) is to accelerate a green transition with massive coordinated public investment targeting leaps of innovation and a change of economic paradigm.

Just as climate change is a dynamic, non-linear phenomenon caused by a series of tipping points – each with repercussions that make the rate and scale of change extremely difficult to predict – the process of restraining or even reversing it depends on points. inflection cascading in the opposite direction. If synergistic leaps in technological innovation and institutional transformation could be made, positive feedback loops and cumulative multiplier effects could be precipitated.

That is precisely the direction of what I call a mission-oriented innovation policy. We have to gather and organize resources and align policies around measurable objectives, such as the emergence of new technological innovations and the preparation of new markets. Each mission must inspire and catalyze, and cause new actors and sectors to innovate in new and collaborative ways, whether to bring a city to carbon neutrality or to achieve a plastic-free ocean. Each mission must bring together investments from different actors, with strong conditions for any kind of public support, so that it drives “cascades of inflection upwards”. However, to reorient the economy around leaps of innovation, we will need new institutions at all levels, from the local to the global, that broaden the current technological horizon and pave the way towards a future of zero emissions.

At the international level, for example, a “climate technologies” center, in the style of the European Council for Nuclear Research (CERN, in its French acronym) – modeled on the European supranational scientific research body – could coordinate the investments by participating governments, through a collective piggy bank to finance the development of innovative technologies that the private sector does not want to develop because they are very risky or have low financial returns. This idea was highlighted in the final report of the G-7 Panel on Economic Resilience, in which I represented Italy.

At the national level, public green investment banks can provide the patient capital needed to expand zero-carbon markets. One promising model is that of the Scottish National Investment Bank (whose creation I had the honor to assist), a public financial institution whose primary mission is to help decarbonize the Scottish economy. The new bank will channel investment between sectors and companies that are specializing in zero-carbon technologies.

Last but not least is the municipal level, which is where climate action materializes into tangible projects like zero-carbon housing, vehicle-free neighborhoods, and circular supply chains. Here, the new Council for Urban Initiatives, of which University College London, the London School of Economics and UN Habitat are co-hosts, plays a crucial role in sharing information on successful projects and aligning it with international agreements, not least those of that come from COP26.

To take off, these institutions will have to earn the trust and participation of citizens, specifically vulnerable workers. The yellow vests (yellow vests) and other citizen protest movements have shown why the push for the green transition must come from below. The considerations that underpin the proposals of the New Green Deal revolve around how to make popular energies put people at the center of the economic transition.

Popular participation means engaging citizens in processes like the Camden Renewal Commission, which has used key neighborhood association discussions to drive social housing developments through the City of London’s clean growth strategy. In addition, it involves inviting community associations, cooperatives and unions to form “associations for public goods” with governments. Another option is to create citizen assemblies on climate change, as has been done in Spain. Such institutional innovations will serve as the basis for a new social contract, the only way to build public trust and achieve a socially just transition.

Climate activism’s biggest mistake has been failing to realistically and attractively communicate a green transition that advances the interests of workers. A New Green Deal that creates good jobs, raises living standards, and reduces precariousness and inequality should be its top priority. The success of the green transition will depend on measures that assure workers whose jobs are threatened by decarbonization the development of skills and jobs in the new economy. Failing that, they should be granted a guaranteed minimum income as a basic right.

That won’t happen unless workers have a seat at the bargaining table. Whatever new commitments COP26 makes, we must redouble behind-the-scenes institution-building work, with particular emphasis on expanding participation to include ordinary citizens. Averting a climate disaster will require widespread experimentation with new technologies and, not least, with new institutions at all levels.