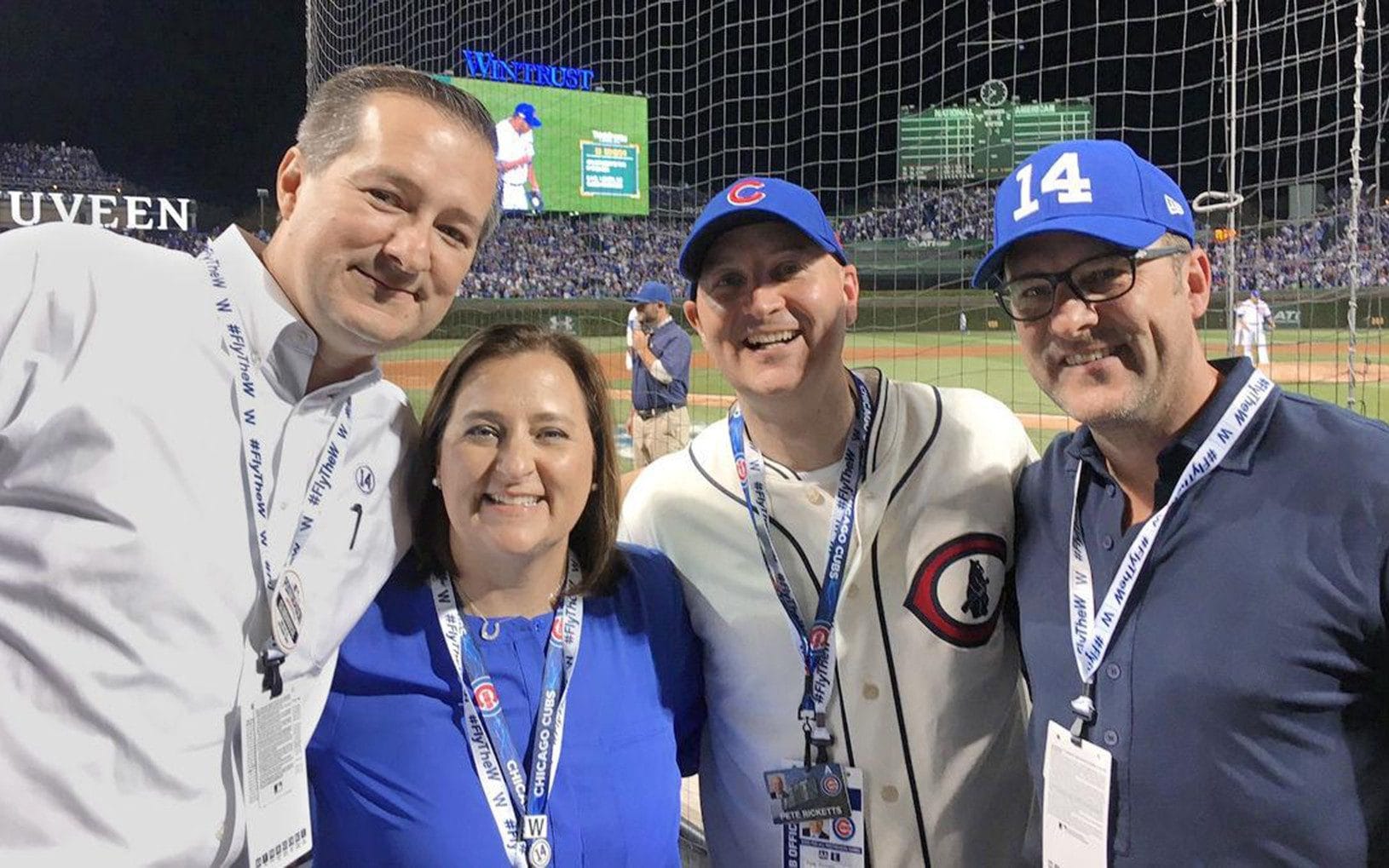 The Ricketts family have been forced to try to convince Chelsea supporters that they do not hold racist views after a supporter backlash, backed by former player Paul Canoville, threatened to derail their bid to buy the club.

As bidders for Chelsea wait to hear from Raine, the bank in charge of the sale of Chelsea, over which proposals will be shortlisted, the Ricketts family have moved to try to stop their campaign slipping into a crisis.

Racist emails that emerged in 2019 sparked an online backlash that resulted in a #notoRicketts campaign circulating on social media, which was backed by Canoville, who was subjected to racist abuse from Chelsea supporters while playing for the club.

Emails sent by the father of the Ricketts family, Joe, between 2009 and 2013, expressed anti-Muslim sentiments that caused a storm for the Chicago Cubs, the baseball team the family owns, and have now threatened to overshadow their bid for Chelsea, which had been considered among the frontrunners.

Canoville posted a message on Twitter that said: “So I’ve seen and heard enough. I’m backing @ChelseaSTrust and saying a big fat anti racism NO to the Ricketts bid!! Please can you stop even mentioning it @SkySportsNews @GregHands #NoToRicketts.”

That prompted the Ricketts family to go public and release a statement of their own, which said: “Our family rejects any form of hate in the strongest possible terms. Racism and Islamophobia have no place whatsoever in our society. We have developed deep and abiding partnerships with the Muslim community in Chicago, as well as with all communities of color.

See also  "The phrase came for that ...": what's behind Ancelotti's harsh criticism of his footballers | The Stringer | The Sanhedrin of El Larguero

“Respect for diversity and inclusion are central to our family’s values. If we prevail in our bid for Chelsea, we commit to the Club and to the fans that we will actively promote these values.”

While they wait for confirmation they are among the shortlisted bids, the Ricketts family have continued talks about their proposals for Chelsea, with a planned trip to London to hold face-to-face discussions with the club’s Supporters’ Trust and the Chelsea Pitch Owners.

It remains to be seen whether or not the statement stops the fan backlash, which has threatened to damage the Ricketts bid to take control of Chelsea, with only fine margins likely to separate the final shortlisted bidders, who are also likely to include Todd Boehly’s consortium and at least one other group.

Boehly already has fan representation on his bid, having confirmed last week that season ticket holders Danny Finkelstein and Barbara Charone would take on positions as non-executive board directors.

Finkelstein was on the panel for the Government’s fan-led review and is already believed to know members of Chelsea’s Supporters’ Trust and the Chelsea Pitch Owners group. Boehly’s bid has so far avoided any controversy or major criticism.

The Ricketts family have also faced scrutiny for their running of the Cubs from Chelsea fans based in Chicago and the group are keen to try to set the record straight on a number of issues.

Conservative MP for Chelsea and Fulham Greg Hands, who was copied into Canoville’s tweet, had revealed their intention to travel in a tweet confirming he had spoken with the Ricketts family and the plan to fly to London is not thought to have been prompted by online criticism they have faced.

See also  Mislata: One of the injured girls dies when a bouncy castle overturns in Valencia | Valencian Community

A spokesman for the Ricketts family would not comment on their intention to travel to London, but confirmed that a range of talks have been taking place with more planned.

Other than addressing the backlash they have faced, the Ricketts family are likely to discuss the issues of fan representation on any board they would form and also the future of Stamford Bridge. Having successfully redeveloped the Cubs’ Wrigley Field stadium, the Ricketts are said to be excited to share their ideas on Chelsea’s stadium with supporters’ groups.

The intention of the Ricketts family to travel to London will have been noted by the Trust, who have called for Chelsea’s next owners to offer a golden share to fans and stressed the need for them to embrace their diverse supporter base

A statement from the Trust said: “We believe every prospective owner should make this public commitment to protecting the club’s heritage by issuing a golden share to fans. The Government should discount any bid that is unwilling to do so.”

“While we cannot comment on commercially sensitive matters, the CST would like to reassure our members and supporters that in all dialogue with bidders, we have reaffirmed and will continue to reaffirm that any new owner must share the inclusive views of Chelsea FC and our diverse base supporter.”

The identity of another bidder for Chelsea was revealed by the Reuters news agency on Tuesday night, with a report that Saudi Arabian investor, Amr Zedan, who is the owner of disqualified Kentucky Derby winner Medina Spirit, had made an offer. Zedan’s net worth is reported to be £300million, which means he would have needed significant backing.