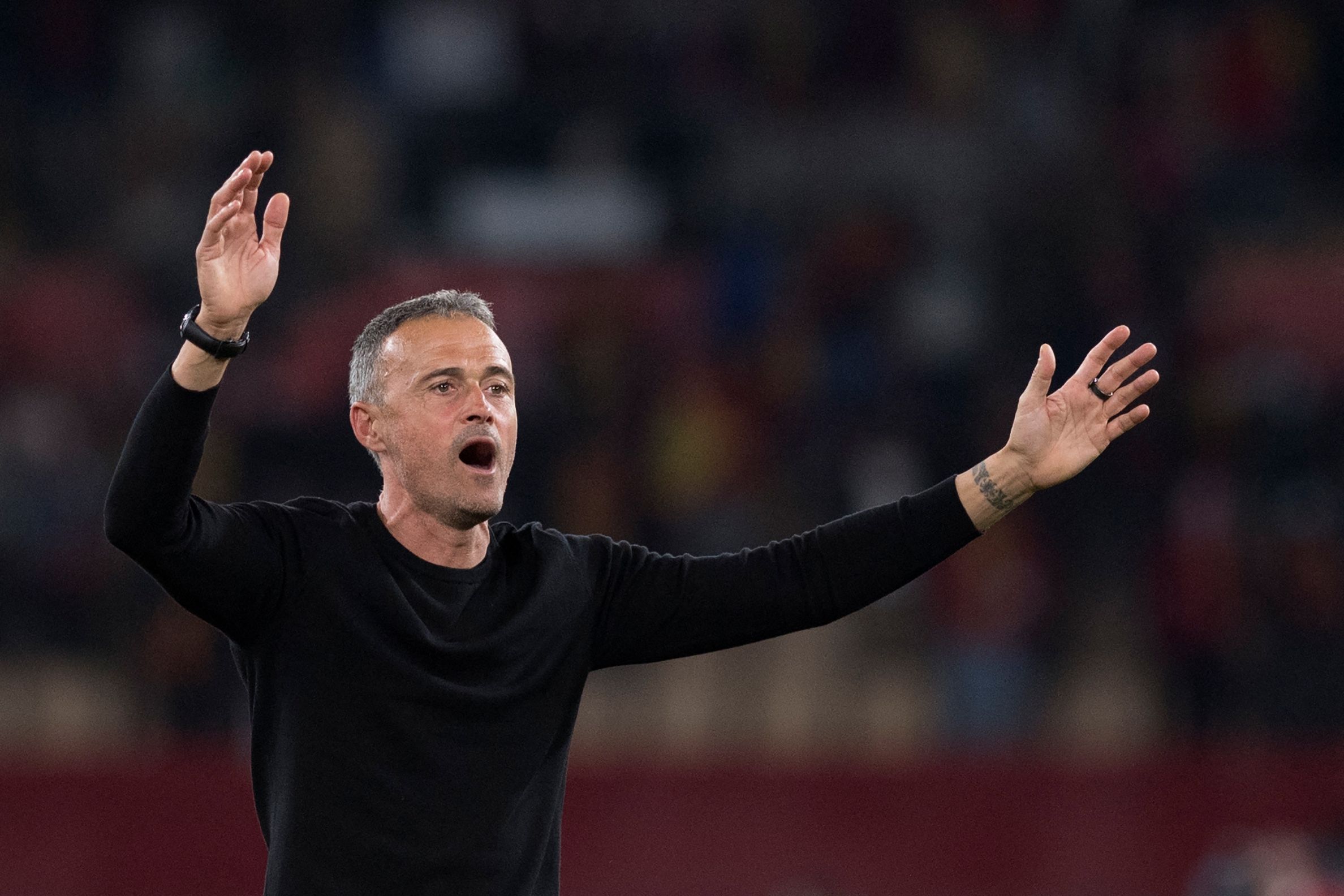 The responsibility of leading Spain to its twelfth consecutive participation in a World Cup generated an overpressure in Luis Enrique that he himself confessed when he offered the list for the decisive matches against Greece and Sweden. The possibility of being the first Spanish coach not to qualify for a World Cup since Ladislao Kubala’s failed attempt for Germany 74 greatly stressed the Asturian coach. Disputing the diabolical playoffs, which forces them to win two single-match qualifiers, would have triggered the stress levels of the coach, the players and the federation due to the need for income that it has.

These two matches that have finalized the ticket for Qatar 2022 have been two finals in which the pressure raised by Luis Enrique himself with his statements surfaced in the second half against the Greeks (0-1) and for more than an hour against the Swedes (1-0). Already with the victory suffered in Kosovo (0-2), the nerves were detected. It has not been by chance that Spain has certified its World Cup qualification with three of the less brilliant encounters of the Luis Enrique era. “I feel like I have taken off a 100-kilo backpack,” the Gijon coach, whose contract expires after the World Cup in Qatar, confessed at the end of the match against Sweden as the end of the cycle that began in September 2018. Since then, to reach the The liberation that he proclaimed in La Cartuja has made decisions that have broken the mold and raised a lot of dust.

Marking territory with Jordi Alba and Sergio Ramos. The suspicions that Jordi Alba would not enter the first list he offered in September 2018 due to the tensions that arose between the two in the final stage of Luis Enrique on the Barça bench were confirmed. This was his first controversial decision. Alba was not cited until the third call-up, after one of his best starts to the season with six assists and two goals in 15 games. Since then, the Barça side knows that he will only be summoned while at full capacity.

The case of Sergio Ramos has been another example of how Luis Enrique marks territory. He surrendered to the captain and his determination to be the player with the most caps in history until last March he forced himself to play the first qualifying match for the 2022 World Cup, against Greece (1-1), in Granada. He had to be traded at half-time and reappeared in the last minutes of the next game, against Kosovo (3-1). At the end of this, he injured his left calf while doing post-match training on the La Cartuja pitch. Ramos no longer recovered, despite the fact that he played the semifinals of the Champions League with Madrid. The central, 35 years old today, wanted to be in the Eurocup, but Luis Enrique told him by phone that he did not have him because he considered that he was not recovered. The absence of Ramos meant beheading the leadership of a group in which there was not enough experience to face a competition as demanding as a European Championship. Time has proved the coach right: Ramos has not yet been able to make his debut with PSG.

Fabian as a symptom. The Naples midfielder has not entered any call-up since the European Championship despite the good start to the season he is signing. In the European he played three minutes against Sweden (0-0), 22 against Poland (1-1) and 42 against Croatia (5-3). In the quarterfinals against Switzerland he did not play a minute and in the semifinals against Italy it was the dismissal. Luis Enrique considers that he has not finished adapting to everything that is required of the interiors. “We spoke at the time and he knows what he has to improve to return because the doors are open,” he limited himself to explaining. Fabián is the obvious example that the footballer who does not comply with the demands of Luis Enrique has a difficult time being cited.

Goalkeeper dance until the bet on Unai Simón. From “De Gea is my goalkeeper” he went on to the subsequent dance in the ownership between the Manchester United goalkeeper and Kepa. Chelsea’s goalkeeper and Pau López disappeared from the calls and when it was thought that Unai Simón arrived as the third goalkeeper, he took the position because he was the most daring to start the game with his foot, despite being the least gifted for it. Nobody disputes now that the Athletic goalkeeper has managed to close the debate that was so demanded. The bet on the unknown Robert Sánchez, from whom he had to request reports, was another of those decisions that were attributed to the particularities of Luis Enrique.

Two left-handed centrals, a kick to orthodoxy. The injury of Sergio Ramos forced Luis Enrique to rebuild the axis of the defense for the European Championship. In his search he did not mind mixing two left-handed centrals and breaking with the orthodoxy that says that it is not convenient to line up two zocatos for reasons of literality when taking the ball and playing. With the leadership of the defense Laporte has become and from there, Luis Enrique does not care, when he does not use Eric García, that his partner is Íñigo Martínez or Pau Torres, both left-handed.

Search for pure or false nines. Finding a nine has been one of the most complex tasks for Luis Enrique, due to either form or injuries. When he has had Morata in shape and available, he has been the chosen one on most occasions, but when he has not been, the experiments have been varied. Iago Aspas has passed through there, a case similar to that of Fabián, Rodrigo Moreno, Ferran Torres, Gerard Moreno, Alcácer, Oyarzabal, Abel Ruiz —another of the tricky elections— and now Raúl de Tomás. The latter was not on the list for the Greece and Sweden games, he was called up after Ansu Fati’s injury and has started both games. Luis Enrique had a talk with the Espanyol forward in which he explained that in the national team he had to comply with defensive obligations that are not required of him at his club. De Tomás was the last of the 39 players used in qualifying for the World Cup. Only Belarus (41) and Kazakhstan (40) have employed more footballers.

Boys like men. First it was Ansu Fati (19 years old), then Pedri and now Gavi (17). No one seemed to be clearer than Luis Enrique that the three children he made his debut could offer him an immediate performance. The three have been awarded stripes and these have responded to the confidence of the coach by running as serious candidates to be on the list for the Qatar World Cup, which will be held from November 21 to December 18, 2022.

What have we learned two years after George Floyd’s murder?

Food delivery driver kidnapped and raped girl, 17, then claimed to be a Good Samaritan

AR-15: What is the gun used in the Texas school shooting?