Skip to content
Home News The reform of the Constitution, far from being real: the parties once again show their differences | Politics 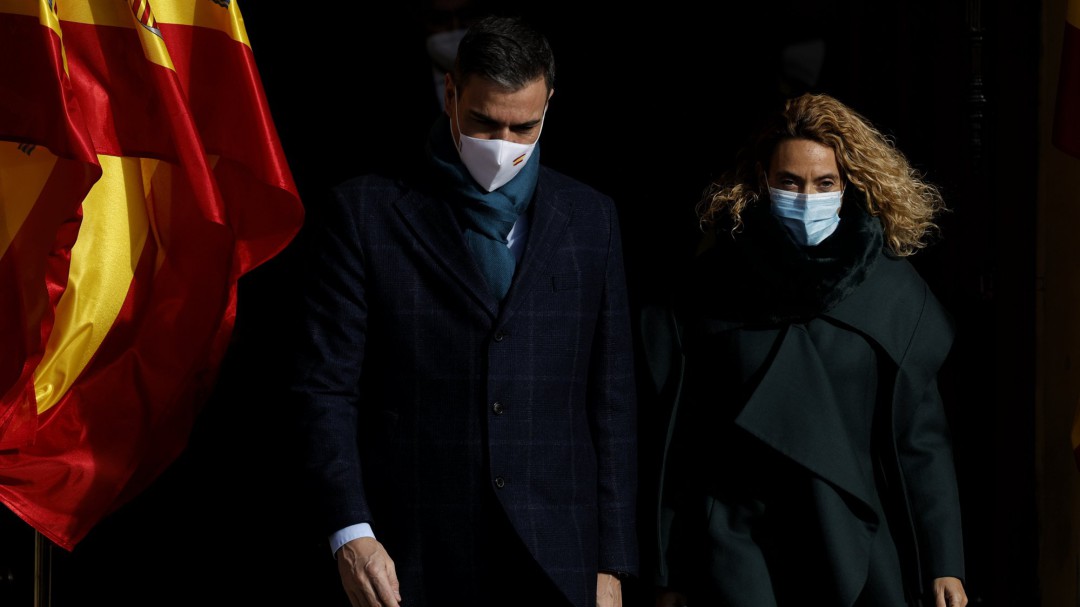 Few surprises on the 43rd anniversary of the Constitution. Faced with the already usual debate, in recent years, of whether or not to reform it, whether or not it is urgent to “modernize”, “adapt” it, the deeply political, political messages that this December 6 leaves us show the insurmountable distance between the main parties that makes almost the slightest change impossible.

The President of the Government, Pedro Sánchez, has demanded compliance with the Constitution while the President of Congress, Meritxell Batet, has insisted that all parties must be loyal to the Magna Carta, which at the moment has no signs of reform before the lack of consensus of right and left.

“It cost a lot. If today we have to claim someone’s doing, it is that of millions of compatriots, fathers, mothers, grandparents and grandmothers who made the Constitution possible,” Sánchez asserted before attending the institutional act of Congress.

The anniversary of the Constitution has been celebrated for the second consecutive year on the steps of the Puerta de los Leones due to the evolution of the pandemic. Faced with a capacity of about 260 people, in which a safe distance has been kept, the president of Congress has appealed to all political parties to be loyal to the Constitution, which contains values, norms and a program for building the future ” fully current “. “Whoever discusses” its fulfillment “intends to place itself above it,” Batet stressed, after stressing that “being loyal to the Constitution is to accept the legitimacy of the other’s triumph and assume it.”

Criticisms from the right

A speech that took place minutes after leaders of the right accused the Government of trying to attack the Constitution by supporting the demands of Republican parties or EH Bildu.

“It is very, very worrying that the Transition itself is being reviewed (…). We grandchildren must not undo the hug that our grandparents gave each other,” said the leader of the PP, Pablo Casado, in statements to the congressional press. .

Meanwhile, the deputy spokesperson for Vox, Macarena Olona, ​​stated that “what we are experiencing today is an exercise of abuse and cynicism”, recalling the sentence that declared the first state of alarm unconstitutional.

Also the president of Ciudadanos, Inés Arrimadas, has warned the Government that she will not be able to end coexistence even if Sánchez “makes preferred government partners” to ERC or EH Bildu. As usual, these formations, together with other sovereign parties such as PNV or pro-independence parties, such as JxCAT, have not attended the institutional act.

No signs of reform

At the moment there are no signs of reform of the Constitution due to the lack of consensus between the right and the left.

The Prime Minister, Pedro Sánchez, has blamed Casado for not making any progress to renew the General Council of the Judiciary (CGPJ), an attitude that represents a “flagrant breach” of the Constitution.

In addition, while United We can ask for changes so that Spaniards can choose a republican model against the monarchical one and the PSOE proposes to modify article 49 to delete the word “diminished” from the Magna Carta, in reference to people with different capacities, the PP believes that this should not be dealt with in a “defiance of governance” context.

What does each party ask to reform?

The PSOE insists on moving towards a federal model of the State, something that its documents defend since the Declaration of Granada in 2013. Although it is understood from the president’s words that this is not a priority today.

His partners in Podemos, however, have today asked for changes to shield, for example, social rights or to force the emeritus king to give explanations. “In a democratic society it is not acceptable that there is a head of state or a former head of state who has carte blanche to commit a crime,” they explained today.

Along the same lines, other parliamentary allies such as the PNV have asked for the inviolability of the head of state to be reviewed, something that the PSOE considered addressing, but which has now been kept in a drawer. Yes, the Socialists want to resume the modification of Article 49 to eliminate the term “disabled”, which refers to people with disabilities, a reform that PP and Vox voted a few months ago.

It is precisely the parties of the right that do not want to enter the debate on the reform. “The constitutional reform is requested by a government that is not even capable of responding to the most urgent needs of the Spanish population. I would settle for all politicians to comply,” said Pablo Casado.

But if there is one thing that the entire parliamentary arch agrees on today, it is that neither arithmetic nor the current political climate allow a reform of the Constitution to be addressed. From there, each party continues to defend its position.