Skip to content
Home News The reconciliation processes, the limits of humor and the police demonstration: this is how ‘El Ágora’ has been | Hour 25 | Present 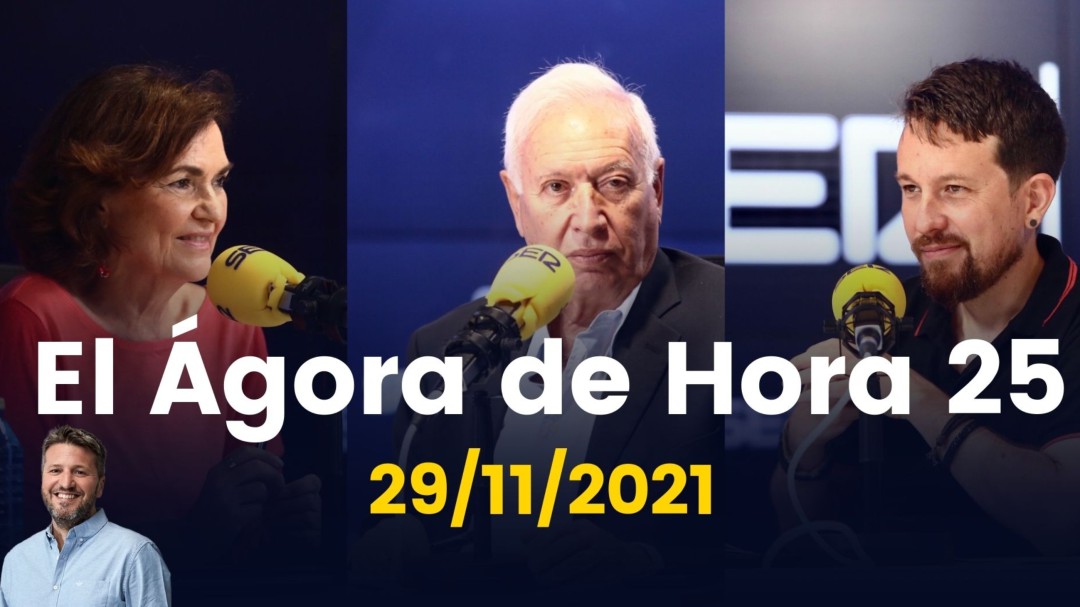 ETA prisoners are committed to stopping the ‘ongi ettori’, the demonstrations in support of ETA members once they leave jail. How will Spain and Europe assume the possible new restrictions in the face of the advance of the sixth wave and the emergence of the new ‘Ómicron’ variant? What consequences has the demonstration of police and civil guards caused in Spanish politics with the presence of Vox, PP and Ciudadanos? The more than possible emergence of rural parties under the slogan of ‘Empty Spain’ and more issues that will be debated in ‘El Ágora de Hora 25’ José Manuel García-Margallo, Carmen Calvo and Pablo Iglesias from 22:00.

Pablo Iglesias: “I suspect that what Consuelo or Margallo has said is going to contrast with what the right and the far right say. The victims have just shown an enormous sense of state. The nationalist left has been working on an unequivocal policy of reconciliation and peace “

Pablo Iglesias: “Margallo’s unconscious would lead him to be French, because he could claim a democratic right that was on the good side of history and in anti-fascism”

Carmen Calvo: “They are late and in a somewhat incredible way it was a very contradictory situation for them (…) In our country we have celebrated 10 years without ETA and it was a contradiction that they did not do it”

Carmen Calvo: “I come from a tradition of making a tremendous commitment to democracy in this country. It is very important that in this country in some way we define the political leadership of people like Santos and Timochenko”

García-Margallo: “It is good news, everything that is to delve into internal reconciliation”

García-Margallo: “Democracy means rights and freedoms. In the so-called communist countries there is none of this. Four of the seven fathers of the Constitution belonged to the party to which I belong. Denying the participation of the right and center right is what you are doing since you said that we must end the regime of 78 “

The limits of humor

Carmen Calvo: “What he does is not tell a joke. He launches an anonymous offense at our compatriots who have a disability (…) Criminal law, which will not go very far, also implies a loss of your freedom because it is also that rank that you have offended “

García-Margallo: “Here the full weight of civil and criminal law has to fall because it is an offense to a group. It seems to me to be tremendously cruel and if we have penalized those jokes that attack a group, those that are still more vulnerable plus”

The demonstration of police and civil guards

Carmen Calvo: “It has been the world upside down because they have protested about things that do not exist. At a time when they have all the channels they have and for having”

Pablo Iglesias: “As the left said 40 years ago, I wish the FCSE had freedom of association. What they are demanding is something that worries me”

García-Margallo: “One of the points that the Government discussed the most was that of hot returns. This requires a very specific analysis and we are going to a period in which the demonstrations are going to increase and authority cannot be denied to the FCSE “