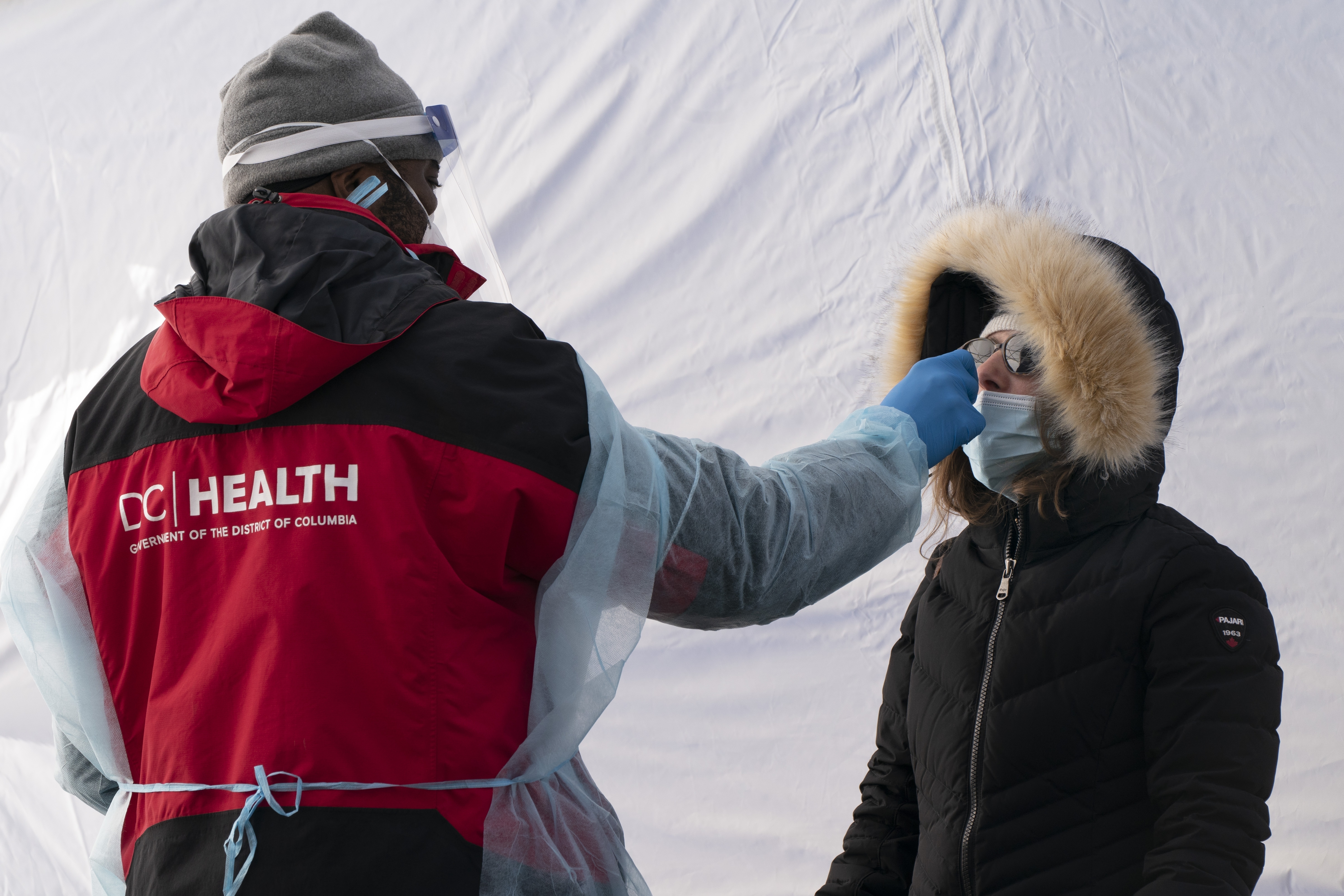 Ómicron is not a blank version of the coronavirus. The latest studies suggest that the variant that is conquering the world does not have a radically lower intrinsic gravity, but that omicron is infecting a population with unique characteristics. These days the delta variant, identified a year ago in India, and the thriving omicron, detected a month ago in South Africa coexist. Crowds of scientists try to compare the risk of hospitalization in a group of similar people, but half of them infected by omicron and the other half, by delta. In these analyzes it seems that the risk of the new variant is lower, but a study by Imperial College London published this Wednesday shows the key: up to 40% of omicron cases could be in people who have already passed the covid, compared to at 8% delta. Both variants are very contagious among the unvaccinated, but omicron is also capable of infecting many more people who already have good defenses, which is why it seems less serious.

The big question is whether the new variant is really milder than the old ones. American biologist Marm Kilpatrick is blunt: “The short answer is that we still don’t know.” The Imperial College report shows that the probability of ending up in the hospital with omicron is up to 45% lower than with delta. However, if the effect of the greater number of mild cases resulting from reinfections is discounted, the authors calculate that the probability of ending up admitted with omicron could be only between 2% and 35% lower than with delta. “This small difference in severity would be far outweighed by the large number of cases caused by omicron, which will result in many hospitalizations. If it is really milder, it is not much milder, so it is not a reason to be complacent about the increase in omicron cases ”, warns Kilpatrick, from the University of California in Santa Cruz (USA).

The problem is the size of the wave that is coming. If the probability of ending up in the hospital with omicron was even 50% lower than with delta, but the cases double every two days, in two days there would be the same number of hospitalized with covid, according to has exposed epidemiologist Deepti Gurdasani of Queen Mary University of London. And omicron cases have indeed been doubling every two days in many countries. The Institute for Health Metrics and Evaluation at the University of Washington calculated this Wednesday that 3,000 million people they will become infected with the new variant in the next three months. If these estimates are confirmed, in the next quarter there will be as many cases as in two years of pandemic.

If it really is milder, it is not much milder, so there is no reason to be complacent.

Apart from the uncertainty about the true intrinsic severity of omicron, the good news is that its effects in today’s world are much lower, thanks to the combined effect of vaccination, natural defenses from previous infections and the possible greater lightness of the virus. The University of Washington models estimate that 90% of omicron cases will be asymptomatic, compared to 40% of the previous variants.

The Imperial College analysis finds that people with at least two doses of the Pfizer, Moderna or AstraZeneca vaccines remain “considerably protected” against severe covid, although omicron has a greater capacity than delta to cause mild infections in those vaccinated. The study shows that if a person vaccinated with two doses of Pfizer becomes infected, their probability of having severe symptoms is 80% less than that of an unvaccinated person infected with the delta variant. With two doses of AstraZeneca it is around 65% less. The third dose also increases protection, which tends to decrease over time. In Spain, almost 100% of those over 70 years of age are vaccinated. That is the main reason that positive cases have surpassed the record for the pandemic – 60,000 daily cases registered – without observing a parallel increase in hospitalizations.

The National Institute for Infectious Diseases of South Africa calculated this Tuesday that the risk of hospitalization by omicron is 80% lower than with delta, but its study compares the current wave with that of five months ago, when the percentage of vaccinated was lower and in addition, there was less natural immunity from previous infections. The South African analysis does not compare the severity of current omicron and delta cases, as the Imperial College report does.

A preliminary analysis of the Scottish data points in the same direction. Cases of omicron have a risk of ending up in hospital that is 60% lower than those of delta, an effect attributable to the greater capacity of the new variant to infect people who already have natural defenses. The Scottish study, published by the University of Edinburgh on Wednesday, suggests that the third dose of the vaccine reduces the risk of having a symptomatic infection by 57% compared to having only two doses given more than six months ago. The authors also calculate that the ability of omicron to reinfect people who have already passed the COVID multiplies by 10 that of delta.

One of the best-studied omicron outbreaks occurred on November 26 at a party in Oslo, Norway. At least 81 of the 117 participants became infected and there was only one asymptomatic case. The rest, with an average age of 38 years and the complete vaccination schedule, had mainly cough, fatigue, runny nose, sore throat and fever. The Norwegian doctor Frode Forland explains that there is no record of admission to the hospital, but stresses that it is too early to draw conclusions. “There is not enough data to know if omicron is inherently less severe than delta,” warns Forland of the Norwegian Institute of Public Health.

The doctor declares himself “very concerned” by the overwhelming transmissibility of the new variant. “So many people infected in such a short time will cause a very high peak and we will have difficulties treating so many people, even if omicron was really milder,” he warns. The epidemiologist William Hanage, from Harvard University (USA), has summarized it with a very graphic phrase in the British newspaper The Guardian: “The difference between a touch and a slap is largely speed.”

Two epidemiologists from the La Princesa hospital in Madrid, Joan Soriano and Julio Ancochea, and two Italian colleagues have calculated that the peak of this wave in Europe will be reached on January 15, with 400,000 daily cases. “The debate on whether omicron is more or less serious is sterile, because the virus is still very bad. He can take you to the ICU and kill you, “says Soriano. “In addition, primary care and outpatient clinics were already very saturated, but now they are collapsed,” he warns. That is one of the effects of the great transmissibility of omicron: in London, 7% of doctors are on sick leave due to covid or because they have been in close contact with a case.

Soriano is also concerned about the persistent covid: symptoms that can remain for months, whether they are respiratory problems, fatigue or a mental fog that makes reading difficult. “One in six symptomatic infections ends in persistent covid,” says Soriano, citing data from the previous variants, because it is still too early to know the long-term effects of omicron. “People play the Christmas lottery thinking they are going to win, even though the probability of winning the jackpot is one in 100,000. However, he thinks that persistent covid, which is one in six, is not going to touch him. Humans evaluate the risk very badly ”, the epidemiologist concludes.