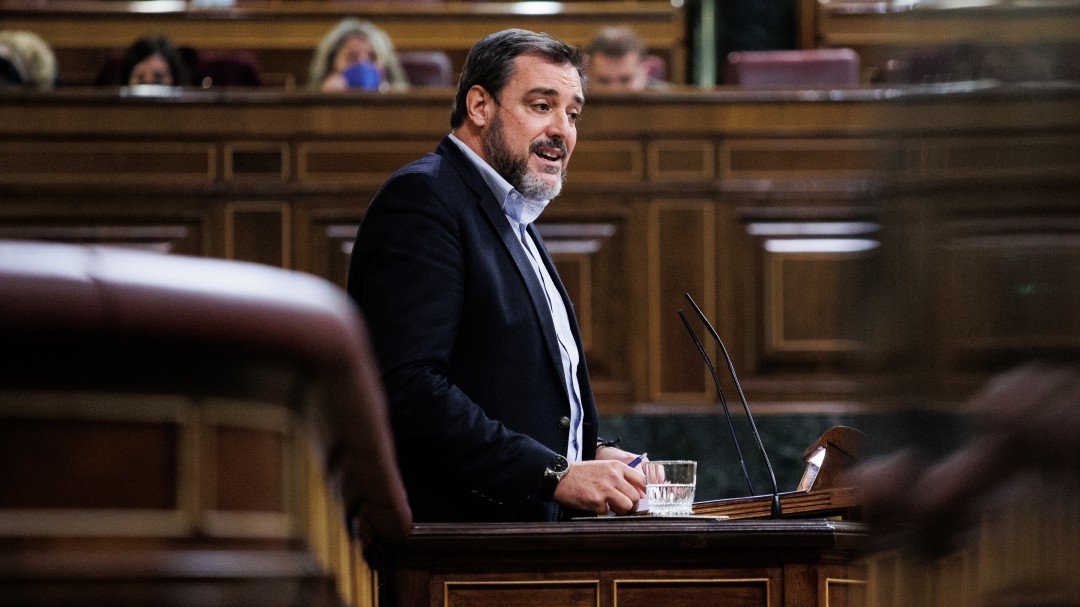 The PSOE announced this Tuesday that it will not support the taking into consideration of the Proposal for the Law of Guarantee of the Right to Dignified and Adequate Housing, a text promoted by unions and social organizations as an alternative to the Housing Law approved by the Council of Ministers , since, in the opinion of the socialists, “such a bill must respect, without fissures, the constitutional framework.”

This has been expressed by the deputy of the Socialist Group Ignacio López during the debate of taking into consideration this bill in the Plenary of the Congress of Deputies – promoted by the Housing Law Initiative Platform, formed by social organizations such as the Tenant Union, UGT, CCOO and Facua, among others- and that was brought to the Lower House by Unidos Podemos, together with other members of the Executive such as Más País, Bildu, ERC, Junts Per Catalunya, CUP, Compromís, BNG and Nueva Canarias.

We can withdraw your signature from the project

Of course, this same Tuesday, United We can have decided to withdraw its signature of the law on social groups, ceasing to be a proponent group, in order to smooth an agreement with the PSOE based on the text approved by the Council of Ministers. Precisely, the Executive approved a Housing Law weeks ago that will also have to be debated in Parliament, an issue that unblocked the support of United We Can to the General State Budgets (PGE) of 2020. In any case, this text is ” insufficient “for the unions and social organizations that have promoted the alternative to that of the Executive.

“A bill like this must respect, without fissures, the constitutional framework without invading regional powers and should not border other constitutional rights that must also be respected,” said Socialist deputy Ignacio López during the debate. In addition, he recalled that “the whole of the Government of Spain already approved in October the Draft Bill of the State Law on the Right to Housing, which has many of the elements contained in this proposal and, in a few weeks, we await its prompt final approval” .

“Very soon we will have the first law for the right to housing of democracy. It will be a right and not a commodity and it will be the fifth pillar of the welfare state,” added the PSOE parliamentarian. Meanwhile, United We Can Parliamentarian Pilar Garrido has charged against the PP, asking “where they were when junk mortgages were signed and when the real estate bubble was generated.” Likewise, he pointed out that now there is a “great opportunity” to improve housing policies and “change history.”

More Country or ERC, in favor

From the parties favorable to the proposal of social organizations, the spokesperson for Más País, Íñigo Errejón, has denounced that “it is evident that the housing market is not working. It is evident that it causes a lot of pain, it leaves many people out of the rights of citizenship and complicates for most of the people to have a vital project or to form a family “. In addition, he pointed out that housing is an “economic problem” that “is not solved with further liberalization”, highlighting that “in Spain, out of every five houses that are sold, only one is destined to be a home”, which ” it distorts the market and leaves the right to housing on paper “.

The deputy of Esquerra Republicana Pilar Vallugera has pointed out that “the text tries to protect the right to housing so that as it happens until now, it does not become a market good that only serves for profit and enrichment.” In his opinion, “if we do not change the bases of the social contract, we are going to leave 90% of the people out” because “it is the big holders who are stopping the logic of what they say works so well that the market is” .

Thus, the plenary session of Congress has rejected the taking into consideration of the proposal for the Law of Guarantee of the Right to a Decent and Adequate Housing that more than 120 social organizations elaborated, which prevents its parliamentary processing after United We Can (UP) withdrew your signature of the text. However, in the absence of the vote, the initiative of the social movement will receive the votes in favor of UP, which has removed its signature because the PSOE has requested it, according to parliamentary sources, since in a few days it is expected that the Council of Ministers submit to the chamber the draft of the housing law agreed by the government partners.

Millions displaced, over 50 dead in India and Bangladesh as heavy rain triggers flooding