Skip to content
Home News The protests run through the metal, transport and livestock sector | Day by day 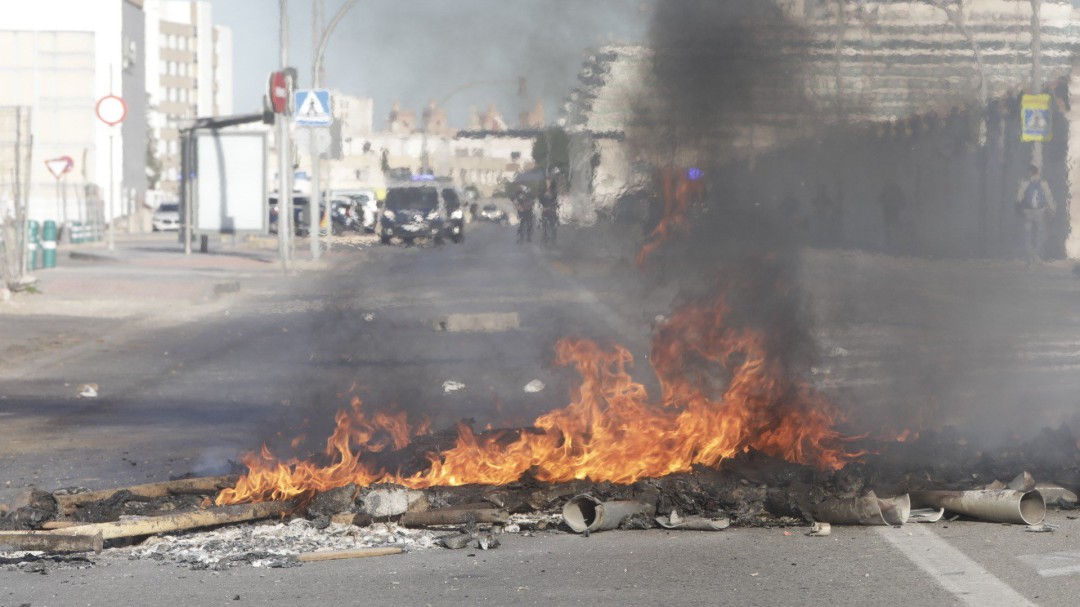 In Cádiz, strikes and protests continue for the fourth day in a row after the last meeting between the employers’ association and the metal sector unions has not ended with an agreement either. The last meeting, mediated by the Board, was also long, although less than yesterday. This time, from six in the afternoon until two in the morning with no news in the negotiation of the agreement. The mayor of Cádiz, José María González ‘Kichi’, has gone through the microphones of ‘Hora 25’. He explained that the same story repeats itself that “we have been living for 40 years, the slow death of a sector that has been and is the driving force behind the Cadiz economy.”

“What happens is that the agreement is one of the two best in Spain, but it is a dead letter. Who complies with that agreement. Large companies have a better chance of complying with it than auxiliary companies, that compliance is conspicuous by its absence. Unemployment has. seconded the entire staff and not all can be wrong, “he said.

Cádiz has become the image of a malaise that, in parallel and for various reasons, are being manifested by various groups. This morning, representatives of the Ministry of Transport are going to meet with transporters and truckers who have called a strike on Christmas Eve. “A year or so ago we were heroes with the deliveries in the middle of the pandemic in really lamentable conditions. From that we have become villains or what, but to not being attended to by the representatives of the ministry,” explains Ovidio de la Roza, of the Spanish Confederation of Goods Transport

See also  The PP would win the Andalusian elections, but slows its growth, according to a survey | Spain

We have seen protests from the dairy, fishing and rural sectors, which will continue with the mobilizations in the coming days. The general secretary of the COAG, Miguel Padilla, announces the protests: “We will begin to make territorial mobilizations that will culminate with a demonstration at the national level. Without a doubt, the protests will coincide with the days indicated by the transporters for the strike.”

Strikes have been called in the automobile industry that prepare a protest on Monday to ask for answers to the lack of semiconductors that has stopped activity in several factories.

And on the meat industry, this Friday unions and employers have reached an agreement that avoids the strike scheduled for several days next week. According to the agreement, to which Cadena SER has had access, the working day is limited to 10 hours a day (until now it was established at 11 hours) and there is a commitment for a salary increase of 3% this year and 2.75 % in 2022.

The protests take place in full negotiation of the Budgets

They are protests, from different sectors but which come to coincide when the Government, which is negotiating not only the Budgets, but also the major economic reforms, tries to consolidate the idea of ​​what it calls a fair recovery.

The PP, which has said that it will attend the demonstration of the police unions against the reform of the security law, is going to get involved in the rest of the claims against the Government. Pablo Casado participates this Friday in the congress of young farmers of Asaja in Campo de Criptana.