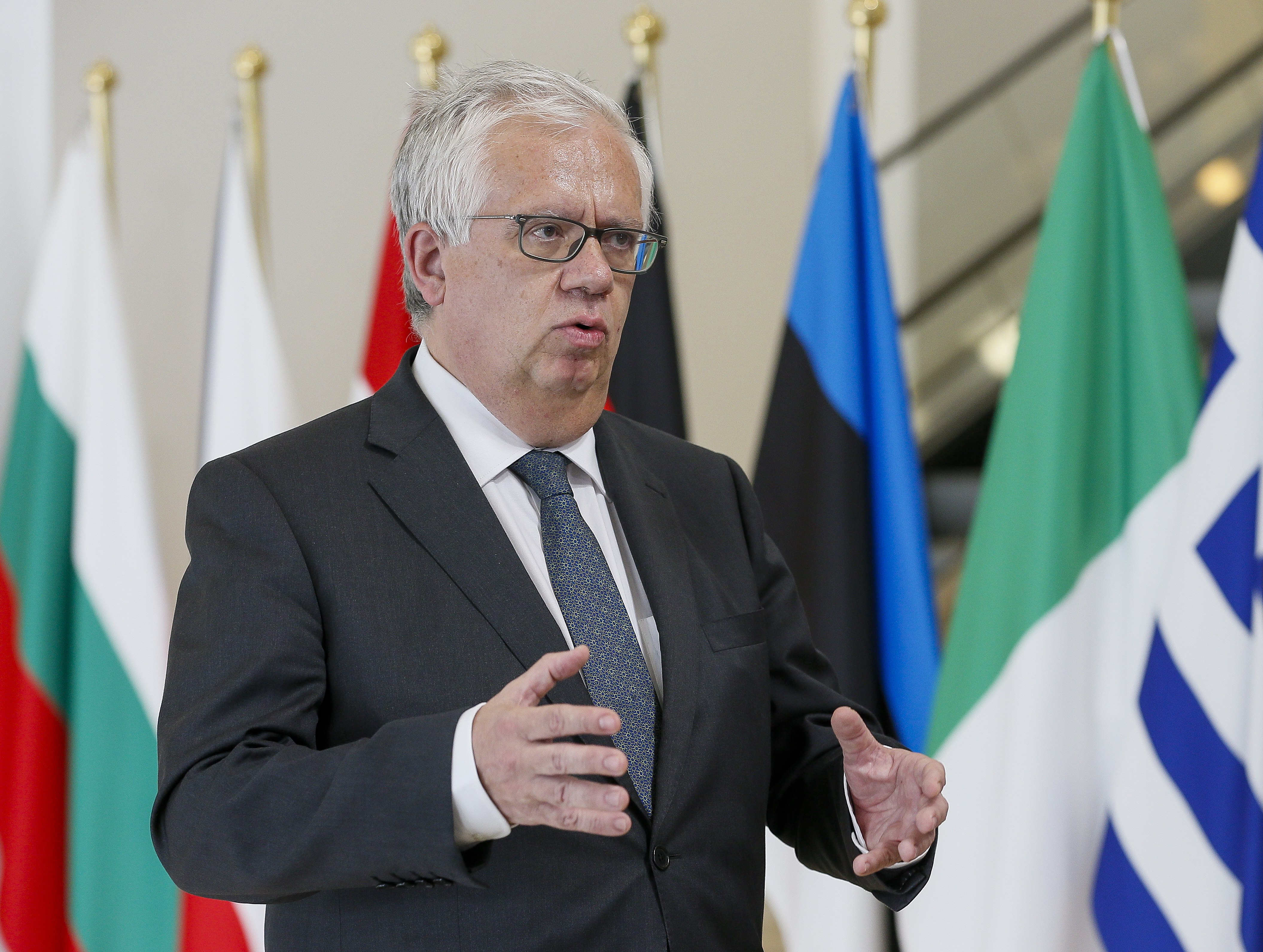 Nuno Santos, 43, was run over on June 6 while working on maintenance work on the Portuguese A-6 highway. The car that hit him, which was traveling at 163 kilometers per hour, well above the permitted limit (120 kilometers per hour), was the official car of the Minister of Internal Administration of Portugal, Eduardo Cabrita Reis. The Prosecutor’s Office has charged the driver of the vehicle, Marco Pontes, with a negligent homicide and points out that he did not have “safe driving”, always moving in the left lane, despite the fact that there was no traffic, according to the newspaper published this Friday Observer. “The defendant was driving, at that time and place, violating the speed and traffic regulations set forth in the road code [reglamento de circulación] and without observing the precautions required by prudence and care imposed by those driving rules ”, it is stated in the letter.

The car ran over the cleaning worker who was in the central separator of the highway at kilometer 77.6. In the vehicle were the minister and three other occupants, who had participated in an act at the Republican National Guard (GNR) school in Portalegre. It was this same security body, which depends on the Cabrita Reis ministry, that collaborated in the investigation launched by the Évora Department of Investigação e Acção Penal (Investigation and Criminal Action) to clarify the circumstances of the accident.

A fact highly criticized by the lawyer representing the family of the deceased worker: “We are talking about a State car where the head of the GNR was traveling and it is precisely that same GNR that is collaborating with the Prosecutor’s Office in the investigation. More transparency in this process would not hurt ”.

The event also sparked criticism in the press for the obscurantism that surrounded the episode and the silence of Minister Cabrita Reis. An investigative report on the SIC television network, carried out after this fatal incident, found that the official cars of the ministers tend to far exceed the established speed limits and that road safety is the great sacrifice due to overloading. of work agendas. Both the Environment and Infrastructure headlines have been discovered in accelerated trips that notably exceeded 120 kilometers per hour.

Eduardo Cabrita Reis, who until now had refused to comment on the accident, minimized his responsibility in the matter. “I am just a passenger,” he declared this Friday after the prosecution’s accusation to his driver was known. “It is up to the rule of law to function, we have to trust, no one is above the law,” he said. During an event in the Algarve, the minister encouraged to clarify the facts without making “any disgusting political advantage” and insisted that the conditions in which the operator crossed the highway must be clarified. Cabrita Reis assures that it was “an unmarked road.” However, the indictment of the Prosecutor’s Office, according to the Observer, maintains that it was signposted and the workers were properly equipped.