Skip to content
Home News The president of RTVE, on Verónica Forqué: “Masterchef should have been more cautious, perhaps he was taking it to the limit” | Society 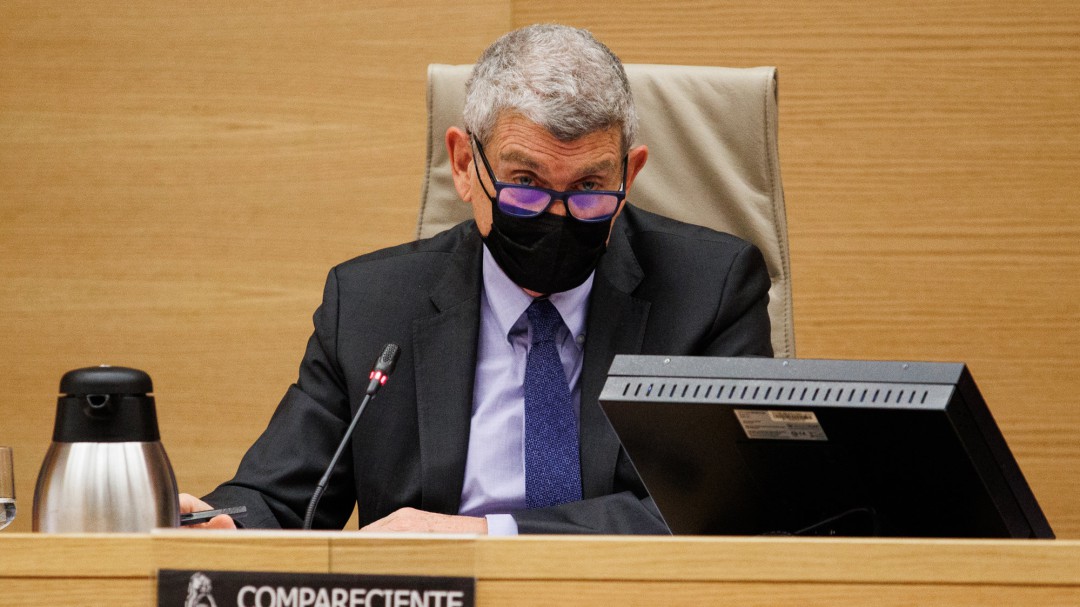 The president of Spanish Radiotelevision (RTVE), José Manuel Pérez Tornero, has addressed this Monday before Parliament the collaboration of the actress Verónica Forqué the latest edition of ‘Masterchef Celebrity’ when asked by the PSOE senator Josefina Bueno. The socialist parliamentarian recalled that last week the death of the actress Verónica Forqué by suicide was known, shortly after saying goodbye to the La 1 program, which she left voluntarily.

During his periodic appearance before the Mixed Commission (Congress-Senate) of parliamentary control of RTVE and its Societies, he stated: “Her dismissal from the show had gone viral and although it is clear that the program was not the only cause of her mental health problems, it is clear that this woman was asking for help, no one saw it and the program should have been more cautious,” has stated, and later added that “the performance of the problem is criticizable because just by seeing its appearances you can see that it was not well and perhaps the program was taking it to the limit”.

In this sense, Pérez Tornero has transferred RTVE’s “condolences” to the family and “respect” for the figure of Verónica Forqué as a person and as an actress, and has highlighted that the public company altered its programming “to pay tribute to that figure of the Spanish cinema “the same day of his death.

“We see MasterChef not as a reality program, but as a skills contest. Sometimes the nuances between one and the other are debatable. I believe that morally we have to discuss them,” said Pérez Tornero, who has rejected that the audience is the only reasoning. Likewise, he has defended that one thing is what a public television “controlled, supervised by a Board of Directors, by a Parliament” does and “another thing is what, based on that, social networks do” that, in the Nowadays, they are characterized by “developing more misinformation than training and by developing more negative aspects than positive ones with the person”.

“That is not an excuse for what Spanish Radiotelevisión can do. On the contrary. Admit it as the assumption by me and by RTVE of the responsibility we have on this or other similar matters that may occur. We will reflect deeply on this issue. We will appeal to the Academy, to researchers, to social groups so that this cannot even be debated in the near future, “he has settled.

Denies having violated the law of incompatibilities

On the other hand, Perez Tornero hon Monday denied having incurred in an alleged violation of the law of incompatibilities between the exercise of private economic activity and the performance of certain positions of responsibility in the public university.

“I believe that everything I have done in my academic career has been ethical, it has complied with the legality one hundred percent”, indicated the head of the public Corporation during his appearance before the Mixed Commission of parliamentary control of RTVE and its Societies , when asked by the spokesperson for United We Can in Congress, Pablo Echenique.

In this sense, the president of RTVE has assured that “never, no company participated” by him has invoiced “nothing, not half a euro, nothing, to the Autonomous University”. “And this throughout my academic and professional career,” he stressed, to later affirm that the educational institution “never” has subcontracted to any company owned by him or participated in any project financed by the European Union in which a company owned by him, “neither directly nor indirectly”.