Skip to content
Home News The PP chooses Nadia Calviño as the target of its criticism: “She was a tax fraudster, all of Spain knows it” | Politics 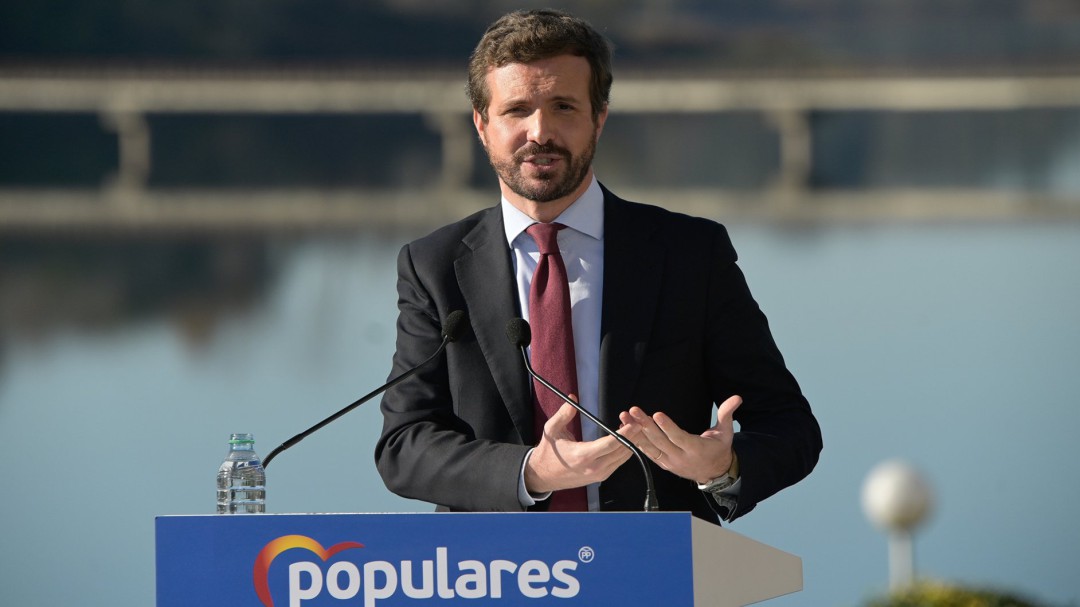 Thus, Casado has assured that he will not allow the Government to try to “prevent the democratic exercise of a parliamentary opposition” and has wondered if, with these appeals, the Executive wants the PP to “paint the logo red” and “subrogate itself to Sanchista discipline. “That is why he has been blunt:” they are not going to shut us up, “said Casado.

Asked about the confrontation, the Minister Spokesman for the Government, Isabel Rodríguez, has assured that “we are seeing a Mr. Casado and a PP that not even his own voters recognize him”, and has appealed to the “policy of understanding, of listening and of tranquility “.

Sánchez also, from Brussels, assured in an early morning press conference that he regretted the atmosphere of tension and, referring to Casado, assured that “when respect and education are lost, everything is lost.”

Sánchez reacted like this to Casado’s intervention on Wednesday, when after a series of accusations, he snapped: “What the hell has to happen in Spain for him to assume responsibility?”, A phrase with which the PP leader tried to remember the “What the hell has to happen so that (Mariano Rajoy) asks for the mud?”, With which Sánchez himself claimed in 2015 the presence of the then Prime Minister on the Duero river bank, devastated by the flooding of the river.

For Sánchez, as he explained yesterday from Brussels, “when respect and education are lost, everything is lost, and I regret it (…) because citizens ask politicians to put aside the disqualification, the outbursts and that , for once, pitch in and work together, “he added.

These calls for calm and to reduce tension have not made a dent in the PP, as evidenced by the fact that the popular spokesperson in Congress, Cuca Gamarra, warned this Thursday that the party will continue to raise the tone and denounce cases that ” they cannot be covered up “, such as the abuse of minors in a supervised center in the Balearic Islands or the alleged bad fiscal practices of the vice president.

From La Coruña, Casado lashed out this Friday against the vice president, who he said he knew “was a tax fraudster, all of Spain knows, used an instrumental company (…) to buy his 300-square-meter mansion, defrauding tens of thousands of euros, “said the leader of the popular, despite the fact that Calviño explained in 2019 that he has been” completely disconnected since 2004 “from the Aldael Consultores society, from his family and through which he had bought the house.

The criticisms of the PP towards the vice president have risen in tone in the last hours after a conversation between Calviño and Casado in a ceremony on Wednesday after the control session of the Government in Congress, when Casado reproached the president for not investigating the abuses to minors protected in the Balearic Islands, a comment that would have “decomposed” Calviño and for which the vice president would have called Casado “unbalanced”.

Also proof that the PP has intensified its opposition strategy are the more than 100 questions that the parliamentary group has registered this Friday in the Lower House for the Executive to respond in writing.

The bulk of the issues refer to the work and management of the Prime Vice President and Minister of Economic Affairs, Nadia Calviño, and among them stands out if she considers that it is still “immoral” to use interposed companies to pay less taxes, in addition to including a large question block on pandemic management or vaccination.