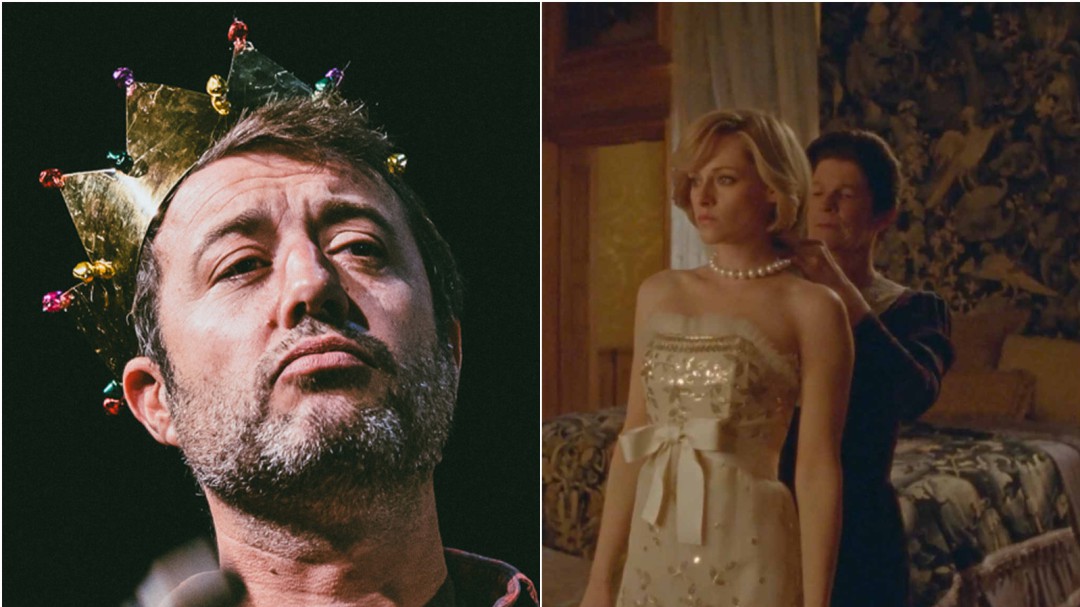 One of the cultural debates of the moment is whether or not the culture of effort works. That is why the cultural proposals that we have in this Extra Hour reflect on it. There are two monarchs who star in two different fictions, for which the effort is inherited, Alfonso XIII, the grandfather of King Emeritus, the protagonist of one of the theatrical etrenos of the week. Alfonso the African it is a satire of the reign of this Bourbon. A country, Spain, at one time, at the beginning of the 20th century, with deep social unrest. The people demonstrating against corruption and the Bourbons, the War in Africa, Catalonia.

Lady Di was an icon who revived the British monarchy in low hours, but gave the queen the worst headaches. British fiction has no problem delving into the life of the Princess of Wales and portraying the royal house, its dynamics and its awkwardness. Did it in The Crown, one of the best series of all time and now it does it in Spencer. It is a film directed by Chilean Pablo Larraín, an expert director in explaining a country through a symbol.

The other side of the coin is represented by those who were not born in a palace, but in a neighborhood on the outskirts of any Spanish city, like the characters they have created Vicente Monroy for your novel The Maritime Alps. It is one of the installments of National episodes of our time that is editing Lengua de Rapo: a group of young authors who investigate the keys to the present of Spain.

A novel about meritocracy, the lack of expectations of an entire millennial generation set in the midst of the Las Ramblas attacks in Barcelona in 2017. Vicente Monroy remember to Cardo, one of the Spanish series of the year. Told by Ana Rujas and Claudia Costafreda it is a portrait of the neighborhood, of expectations, of the culture of effort and the obsession with the body.

The week leaves us with more literary recommendations, like what’s new in Yasmina Reza, who laughs at the selfies in Auschwitz in his new novel, Serge. The French writer, Born into a family of Jewish descent that settled in Paris, she removes the foundations of the past, the memory and confronts them with today’s society. A story full of black humor starring three Jewish brothers, set between the death of their mother and a visit to the Auschwitz death camp. “It is important to always remain frivolous,” said the writer at a press conference.

The novel investigates issues such as family, disease and the ravages of time, the relationship between generations or life expectations, while questioning the word memory, wondering if it is possible to remember the things that have not been lived , as those who defend historical memory suggest. “In France right now there is a kind of delusion of the commemorative, an obligation to perpetuate memory that seems counterproductive to me because it is not linked to an effort of reflection”, explains the writer.

Manolita del Arco She was the woman who spent the most years in the prisons of the Franco regime. He entered it after a frenzied time in hiding, trying to rebuild opposition to the dictatorship after the end of the civil war. Now his son, the writer Miguel Martinez del Arco tells her story, forgotten like that of so many women, in a novel titled Cold memory, The book wants to vindicate the women victims of the Franco regime, freedom fighters and feminism and also show that the hardest part of Franco’s repression was also experienced at the end of the dictatorship, in the eighties, with the abuse even of the children of these dams.

The first black and African writer to win the Nobel Prize for Literature returns after almost fifty years without publishing fiction. Chronicles from the Country of the Happiest People on Earth is a political satire on corruption in mystery novel form in an imaginary Nigeria. “I have to say that I am very happy that the Nobel has returned to my continent, which has been quite discriminated against in the history of the Nobel Prize. I believe that Western Academies have been educating themselves about the cultural wealth, not only literary, of the African continent and they must do it even more, “said the writer.