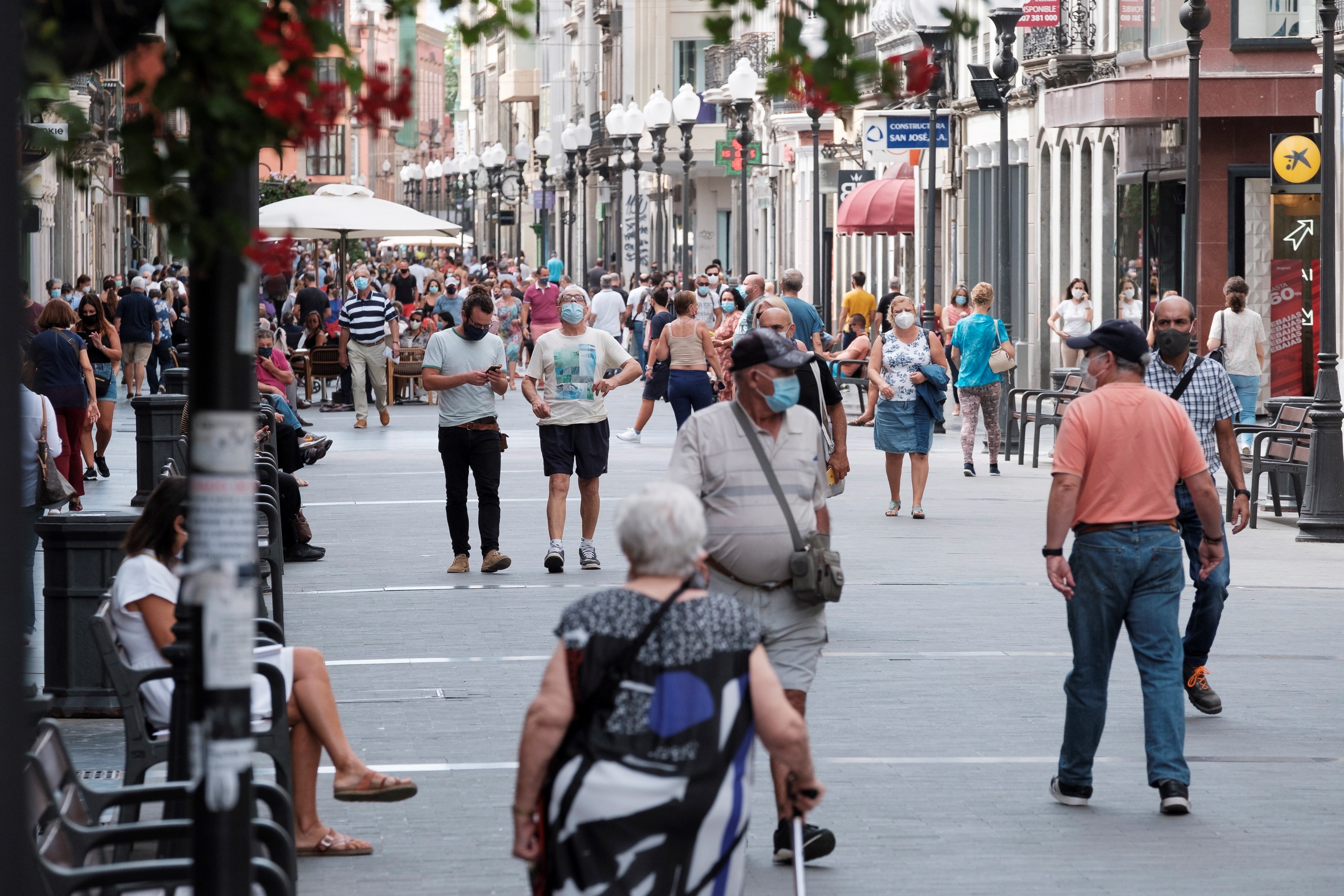 The population in Spain has decreased for the first time in the last five years. In the first six months of 2021, the number of inhabitants has decreased by 72,007 people to 47,326,687 residents, as revealed this Thursday by the National Institute of Statistics (INE). This population decline, unprecedented since 2016, has two causes, according to the agency. In the first place, that the number of deaths has been higher than the number of births: 227,920 compared to 157,184. And, secondly, that the migratory balance has been almost nil, that is, the number of people who have emigrated from Spain in this period has been practically the same as that of those who have arrived in the country, just over 200,000 in both cases. With these figures, the annual decrease in the population stands, provisionally, at 0.06%, pending final data.

The population decline has occurred in both Spaniards and foreigners, but it has been more pronounced in the latter group. The cause of this latest drop has been precisely that many of them have acquired nationality. In total, during the first half of 2021, 68,282 people have obtained Spanish status, and the number of the foreign population has remained at 5,325,907 people. Of the non-nationals who left Spain during the first months of the year, the majority, up to 44,561, had arrived in the country in 2018. That three-year margin coincides with the time they must reside until their administrative situation can be normalized in the event that it wasn’t already.

However, the fact that part of the foreign population has obtained nationality has not compensated for the decline in the Spanish population, which has been reduced by 29,643 inhabitants.

With regard to foreign migration, the balance was slightly negative. 366 more people have left than have come to live in the country. 201,638 people who came from abroad have settled in Spain, 18% more than in the same period last year; while another 202,004 people have left the country for a foreign country, 54.9% more than in the first half of 2020.

The balance by autonomous community varies, although the differences are not particularly pronounced. Of all of them, the only ones in which the population is growing is in Murcia (0.2%), Canarias (0.09%), Comunidad Valenciana (0.08%) and Cantabria (0.01%), with increases very mild. In all the others, the number of inhabitants decreases, and the only one that exceeds the 1% barrier is Aragon, with 1.33% fewer residents than in the second half of last year. It is followed by Ceuta, with -0.87% and Melilla with a decrease of 0.63%. The average, however, stands at -0.15%.

If we look at the foreign migratory balance, Aragon repeats as the first in population loss, with a total of 15,874 people who decided to emigrate abroad from this community. Madrid follows with 5,007, and the Basque Country with 2,081. At the other extreme are the Valencian Community, which has received 8,156 people, the Canary Islands (5,365) and Andalusia (4,815).

The scenario changes a bit in internal mobility between communities. While the Valencian Community and Andalusia continue to be the ones that acquire the most residents from other regions (6,023 and 4,071 each), Madrid is the one that loses the most in favor of others, with a balance of -12,862. Due to its large population size, the impact, however, is not much.

Police leaders to commit to being ‘institutionally anti-racist’