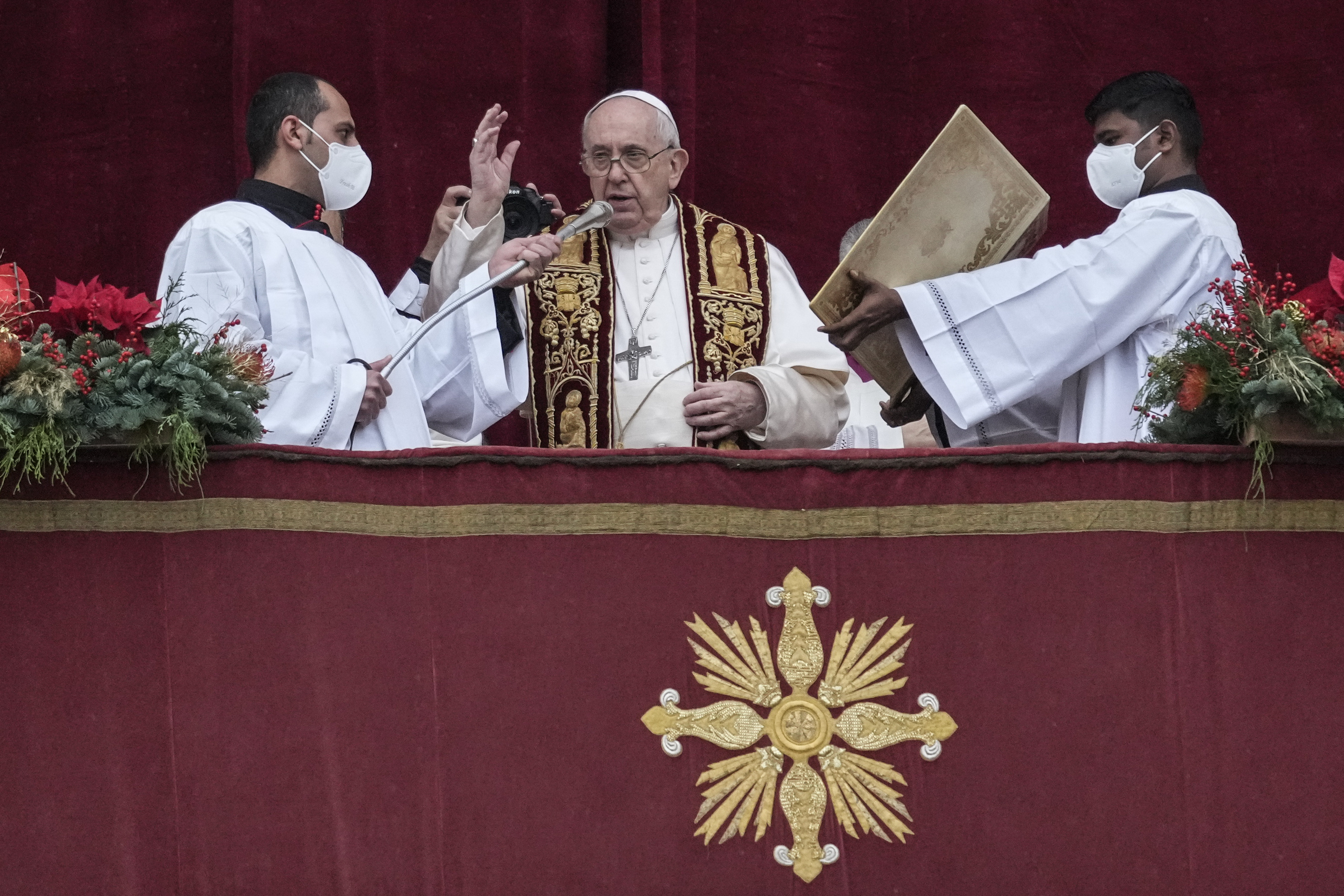 Again leaning out of the central loggia of St. Peter’s Basilica, after last year’s absence due to the pandemic, Francis today struck consciences again with a Christmas message in which he assured that “we have become accustomed to the immense tragedies overlooked ”and that“ we run the risk of not hearing the cries of pain and despair of many of our brothers and sisters ”. Before thousands of faithful gathered in St. Peter’s Square, despite the epidemiological situation in Italy, Francis affirmed that in this time of pandemic “the tendency to close oneself, to fend for oneself, to give up going out, to find oneself is reinforced. , to collaborate ”.

But he regretted that this is also observed “in the international sphere” where “there is the risk of not wanting to dialogue, the risk that the complexity of the crisis will induce to choose shortcuts, instead of the slower paths of dialogue; but these are, in reality, the only ones that lead to the resolution of conflicts and shared and lasting benefits ”. He stressed that there are still “many conflicts, crises and contradictions. It seems that they never end and almost go unnoticed. ” “We have become so accustomed that immense tragedies are already overlooked; We run the risk of not hearing the cries of pain and despair of many of our brothers and sisters, ”he criticized.

And as is customary in his Christmas messages, which become a harsh description of the present, he began to enumerate the conflicts in the world and began with Syria, which lives “for more than a decade, a war has caused many victims and a incalculable number of refugees ”. He continued with Iraq, “which after a long conflict still has difficulty getting up,” and Yemen “where a huge tragedy, forgotten by all, has been perpetrating in silence for years, causing deaths every day.”

He also recalled the “continuous tensions between Israelis and Palestinians that continue without a solution, with increasing social and political consequences” and spoke of Bethlehem plunged into a serious economic crisis caused by the pandemic “that prevents pilgrims from reaching the Holy Land, with negative effects on the life of the population ”, and Lebanon“ suffering an unprecedented crisis with very worrying economic and social conditions ”.

Before the faithful in St. Peter’s Square on a day of incessant rain, Francis asked “the Child who has just been born” for the Catholic faithful, to “grant peace and harmony to the Middle East and the whole world.” He asked that it support “all those who are committed to providing humanitarian assistance to populations that are forced to flee their homeland; it consoles the Afghan people, who for more than forty years have been harshly tested by conflicts that have forced many to leave the country ”.

And also to give support to the Burmese people, “where intolerance and violence also frequently hit the Christian community and places of worship, and overshadow the peaceful face of its people.” And that allows “the metastasis of a gangrenous conflict to spread in Ukraine.”

He prayed that Ethiopia “find the path of reconciliation and peace again through sincere debate, that it put the demands of the population first” and that “the cry of the peoples of the Sahel region be heard. , who suffer from the violence of international terrorism “and also requested relief for the countries of North Africa and” for the suffering of many brothers and sisters who suffer from the internal conflicts in Sudan and South Sudan. “

Francisco also urged that we not be “indifferent to the drama of the emigrants, the displaced and the refugees. Their eyes ask us not to look elsewhere, not to deny the humanity that unites us, to make their stories our own and not forget their dramas. “