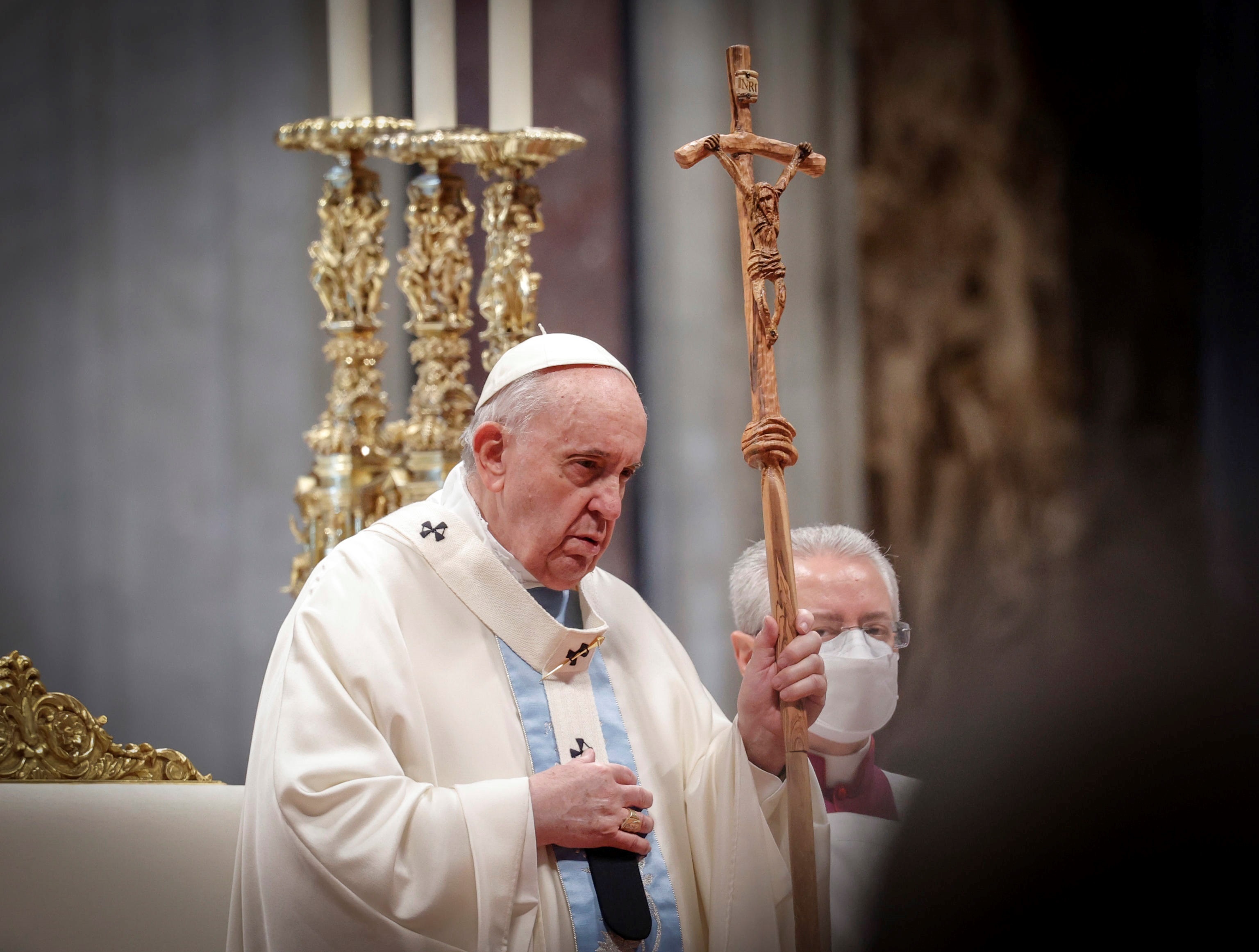 At the first mass of the year, Pope Francis on Saturday criticized sexist violence and vindicated the role of women in the Church. “How much violence is there against women. Enough, to hurt a woman is to outrage God, who took the humanity of a woman ”, said Francis in the Basilica of Saint Peter in the Vatican. “The Church is a mother, it is a woman. Therefore, from this response, the place of women in the Church can be found ”, he stressed.

The Pope presided over this mass on January 1, while yesterday, December 31, he attended the New Year’s Eve, seated in a chair to the right of the basilica, and got up only to deliver the homily. This Saturday, the Pontiff spoke of women and mothers, and said that they have an “inclusive look, which overcomes tensions by preserving and meditating on the heart.”

In his homily, the Pope presented the Bethlehem manger as “proof that God is with the shepherds; he is born in a manger, an object well known to them, thus showing himself close and familiar ”. “Their poverty is beautiful news for everyone, especially for the marginalized, for the rejected, for those who do not count for the world. God gets there without any preferential route, without even a cradle. Here is the beauty of seeing him reclining in a manger ”, he affirmed.

The Pontiff stressed that Mary “had to go through ‘the scandal of the manger.” Let us think of the suffering of the Mother of God. What is more cruel for a mother than to see her own child suffer misery? It is heartbreaking. Maria couldn’t be blamed if she had complained about all this unexpected desolation. But he was not discouraged. He did not vent, but remained silent, “he stressed.

Likewise, he stressed that mothers “know how to hold the threads of life together” and that is why they are essential in today’s world, because they are “capable of weaving threads of communion, which counteract the barbed wires of divisions, which are too many.” He also praised that “they do not look at the world to exploit it, but to make it have life” and “they manage to keep dreams and concrete together, avoiding deviations from aseptic pragmatism and abstraction.”

After Mass, the Pope looked out the window of the Vatican Apostolic Palace to pray the Angelus with the faithful in the square and ask for peace in the world: “Peace is needed. I have been seeing images on a television program, of war, of misery. This is happening in the world today. We want peace”.

Moments before the prayer, he stressed that peace is built with attention to others, justice and forgiveness. He also recognized that the world is living “still uncertain and difficult times due to the pandemic” and that “there are many who are afraid of the future and burdened by social situations, personal problems, the dangers that come from the ecological crisis, of injustices and planetary economic imbalances ”.

Finally, he wanted to remember “young mothers and their children who flee from wars and famines or who wait in refugee camps.”

Can Djokovic defend title or will Nadal make it 14? – French Open talking points