Skip to content
Home News The Pope: “Carnal sins are not the gravest” | International 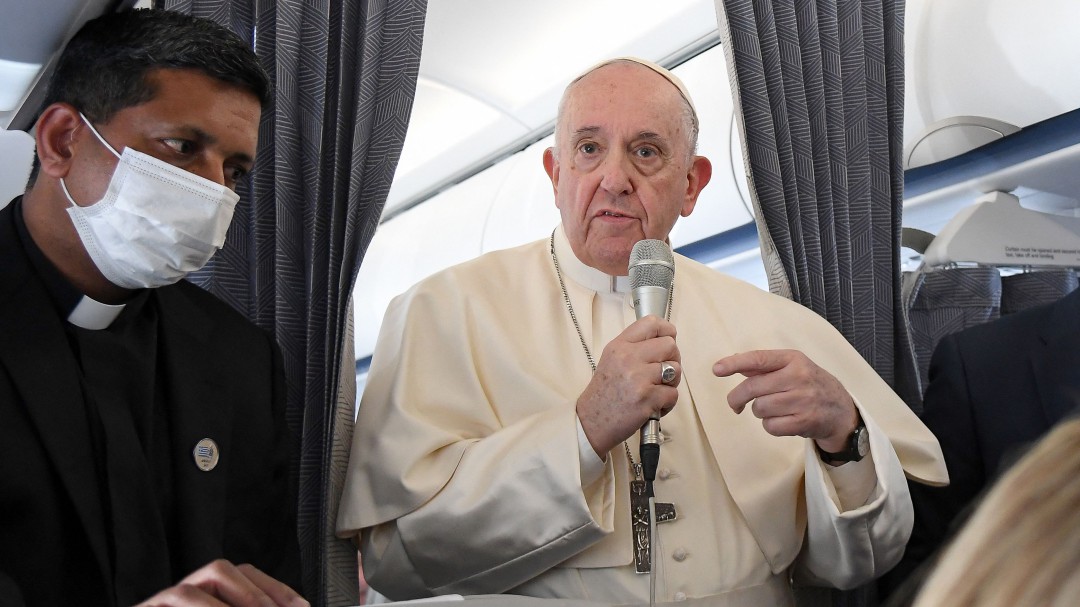 The Pope commented on the details of the resignation last Thursday of the Archbishop of Paris, Michel Aupetit, after assuming that he had had an ‘ambiguous’ relationship with a woman, although he assured that “the sins of the flesh are not the most serious, but pride and hatred “

Francis made this reflection after explaining to the journalists who accompanied him on the plane back from his trip to Cyprus and Greece the reasons why he decided to accept the resignation of the already ex-Archbishop of Paris, according to Vatican News.

The Pope has revealed that Monsignor Aupetit had practiced “little massages and caresses” on his secretary. “What has Aupetit done so serious to give me the resignation? If we do not know the accusation we cannot condemn. Carry out the investigation,” the Pontiff asked journalists.

In this regard, he stressed that “there was a failure towards the sixth commandment, not total: of small massages that he did to the secretary.” “This is a sin. But not one of the most serious. The sins of the flesh are not the most serious,” said the Pontiff.

“The most serious are those with the most angelic character: pride, hatred. So Aupetit is a sinner as I am (…). It is seen that our Church is not used to having a sinful bishop, we do account to say: my bishop is a saint … No, this little red cap * we are all sinners, “he pointed out.

For the Pontiff, when charlatanism “grows, grows, grows” and takes away the fame of a person, he will not be able to govern because he has lost his fame, “not because of his sin, which is sin” but because of the “chatter” of the people. . “For this reason I accepted his resignation, not at the altar of truth, but at the altar of hypocrisy,” he explained.

See also  The Thief, His Wife and The Canoe: Where are the Darwins' sons now and did they ever forgive their dad?

The Pope has also spoken about the CIASE report that uncovered dozens of sexual abuses perpetrated by members of the French Catholic Church over 70 years. Thus, he has invited to see those cases with the optics of that time.

“When these studies are carried out, one must be attentive to the interpretations made in such a long period of time. There is a risk of confusing the way to face a problem 70 years before. A historical situation must be interpreted with the hermeneutics of the time, not with ours. Slavery, for example, the abuses of 100 years ago, seem to us a brutality. The world was different, there was another hermeneutic. In the case of the Church it was concealed … It was something that happened in families and in the neighborhoods. Today we say that it does not work. But you have to interpret with the hermeneutics of each era, “he said.

On the other hand, he has criticized the suggestion of the European Union, in an internal document finally withdrawn, to eliminate the word Christmas in the holiday greetings, considering that it is an “anachronism”.

“Many dictatorships have tried to do it. Think of Napoleon. It is a fashion of that secularism of distilled water. It never worked during history,” he said.

The Pope added that this makes him think that we must take the “ideals of greatness” of the founding fathers of the EU and be careful not to play the game of ideological colonizations. “That could make it fall. The EU must respect the structure of each country and not want to make us uniform,” he said.