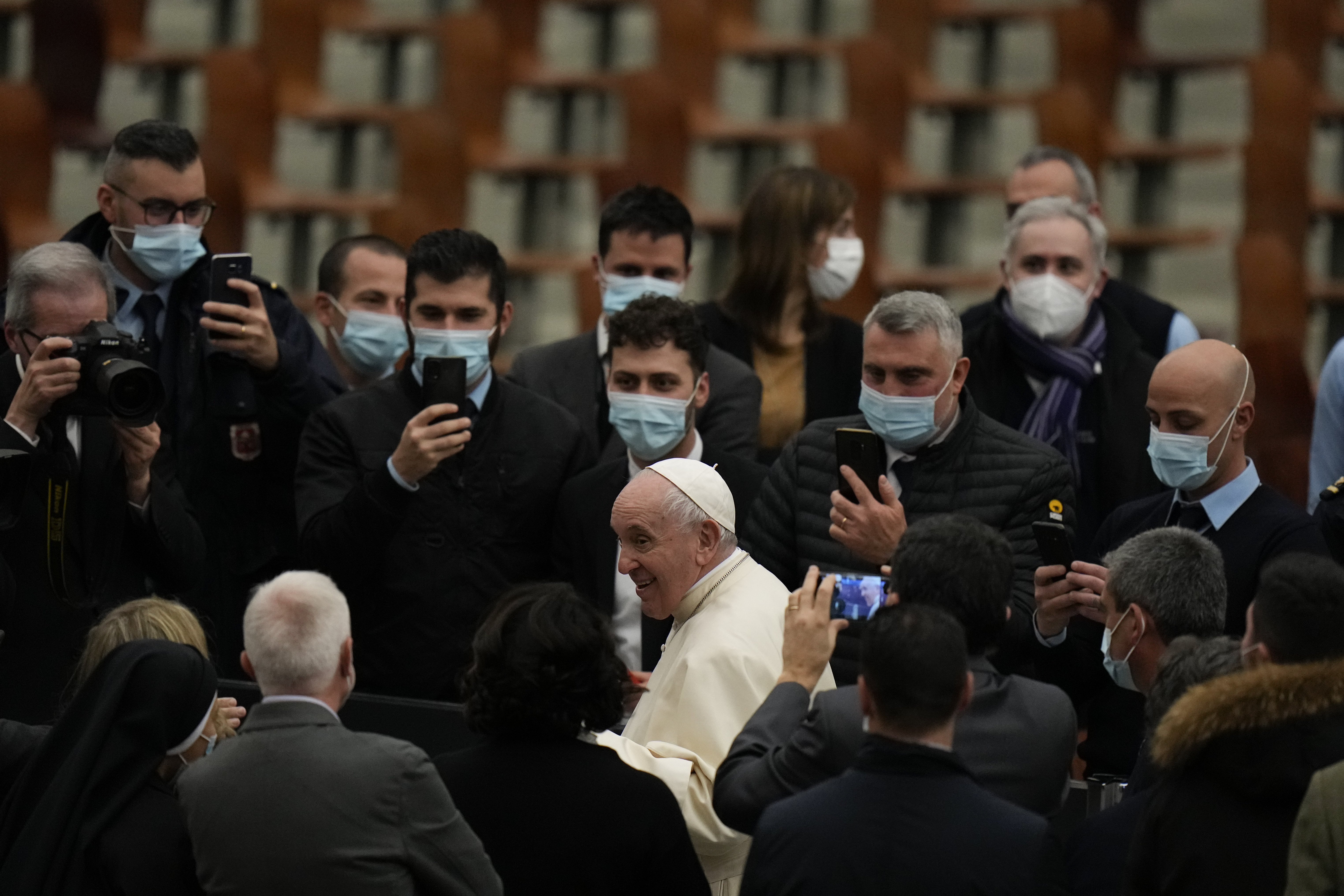 The Pope often uses his traditional Christmas address to the Curia to call his army. This occasion in which he congratulates the members of the Church Government on the holidays serves to give a review of the evils that afflict the Catholic hierarchy. This year, the ninth of his pontificate, Bergoglio has called for unity in his ranks and has asked to avoid falling into “divisions, factions and enemies.” In the background is the ideological war that the religious institution is going through between the different currents and especially that of the ultra-conservative sector against Francisco. “If the Gospel proclaims justice, we must be the first to try to live with transparency, without favoritism or influence groups,” said the pontiff in his address Thursday.

The Argentine pope supports one of the most violent internal struggles of the last decades in Catholicism. The most conservative sector, especially in Europe and North America, has openly questioned his reforms, part of his teaching, the depth of his theological thought or the dialogue with other confessions. It has tried, in short, to block any opening in the Church. The tension has sometimes reached such heights that detractors of the pontificate, especially those on the right, have even evoked a schism over fierce opposition to the changes that Francis is trying to introduce.

The Pontiff proposed in his speech the duality between complicity and collaboration: “Complicity creates divisions, factions and enemies; collaboration requires the greatness of accepting one’s own partiality and openness to teamwork, even with those who don’t think like us ”, he pointed out. And he also urged those responsible for the Church to “build relationships that go beyond mere work and strengthen the bonds of good by helping each other”, since “without this, we run the risk of being only strangers who work together, rivals who try to position oneself better or, worse still, where relationships are created, they seem to take on the aspect of complicity for personal interests, forgetting the common cause that holds us together ”.

Francis has always used this Christmas speech to also send a message to the Curia and denounce the resistance he has encountered to his efforts to reform and revitalize the organs of Government and the Catholic Church in general. On this occasion he repeated his appeal to traditional minded clergy to stop living in the past, claiming that their stubbornness with the old doctrine and ancient liturgy conceals a “spiritual worldliness” that is corrupting the institution and that “unlike all the other temptations are difficult to unmask ”. “It is covered with everything that normally gives us security: our position, the liturgy, doctrine, religiosity,” he added. In addition, Francisco added, “assurances are the most perverse fruit of spiritual worldliness, which reveal the lack of faith, hope and charity, and become an inability to know how to discern the truth of things.”

The Pope has taken a great step this year to encircle the traditionalist wing of the Church, limiting the celebration of ancient masses in Latin, according to the rite prior to the Second Vatican Council, which until now continued to be carried out by conservative groups and the far-right sector. This movement, with enormous doctrinal and ideological significance, has generated a barrage of interpellations from bishops from around the world. Last week, in response, the Pope stepped up restrictions with a new set of practical rules that prohibit even the publication of Tridentine mass times in parish bulletins.

Francis has revolted against the pre-established idea that the so-called traditionalists are the guardians of the essences of the authentic Church. For the Pope, the only way to protect tradition is through unity and he sees in this type of ancient rites a threat that generates divisions.

In his Christmas speech, Francisco insisted: “To remember is not to repeat, but to treasure, to revive. So that remembering does not become a prison of the past, we need another verb: to generate ”. And he warned: “We are called to remember and generate, we are called to rediscover the right relationship with the roots and with the branches; without them we are sick and destined to disappear ”.

He also pointed out that the proud who remain anchored in the past, “locked in their little world, have no more past or future, they have no more roots or branches and live with the bitter taste of sterile sadness that takes possession of the heart like the most precious of the devil’s elixirs ”. And he added: “The humble man generates, invites and pushes towards that which is not known; the arrogant, on the other hand, repeats, hardens and locks himself in repetition, he feels sure of what he knows and fears the new because he cannot control it, it makes him feel destabilized, because he has lost his memory ”. Furthermore, the Pontiff insisted, “he who is withdrawn in himself does not learn from his sins nor is he genuinely open to forgiveness. It is a tremendous corruption with the appearance of good. It must be avoided by putting the Church in a movement out of itself ”.

Francis urged Vatican cardinals, bishops and bureaucrats to embrace humility and argued that pride, self-interest and the “shine of our armor” is perverting their spiritual lives and corrupting the mission of the church. And he drew attention to proud clergymen hiding behind Catholic traditions rather than humbly seeking out those most in need.

The Pope called on them to stop hiding behind the “armor” of their titles and to recognize that they, like the biblical character of Naaman, a rich and decorated general, were lepers in need of healing. “You cannot spend your life hiding behind armor, a role, a social recognition. There comes a time, in the existence of each one, in which the desire is felt to no longer live behind the cladding of the glory of this world, but in the fullness of a sincere life, with no more need for armor and masks ” , launched the Pontiff.