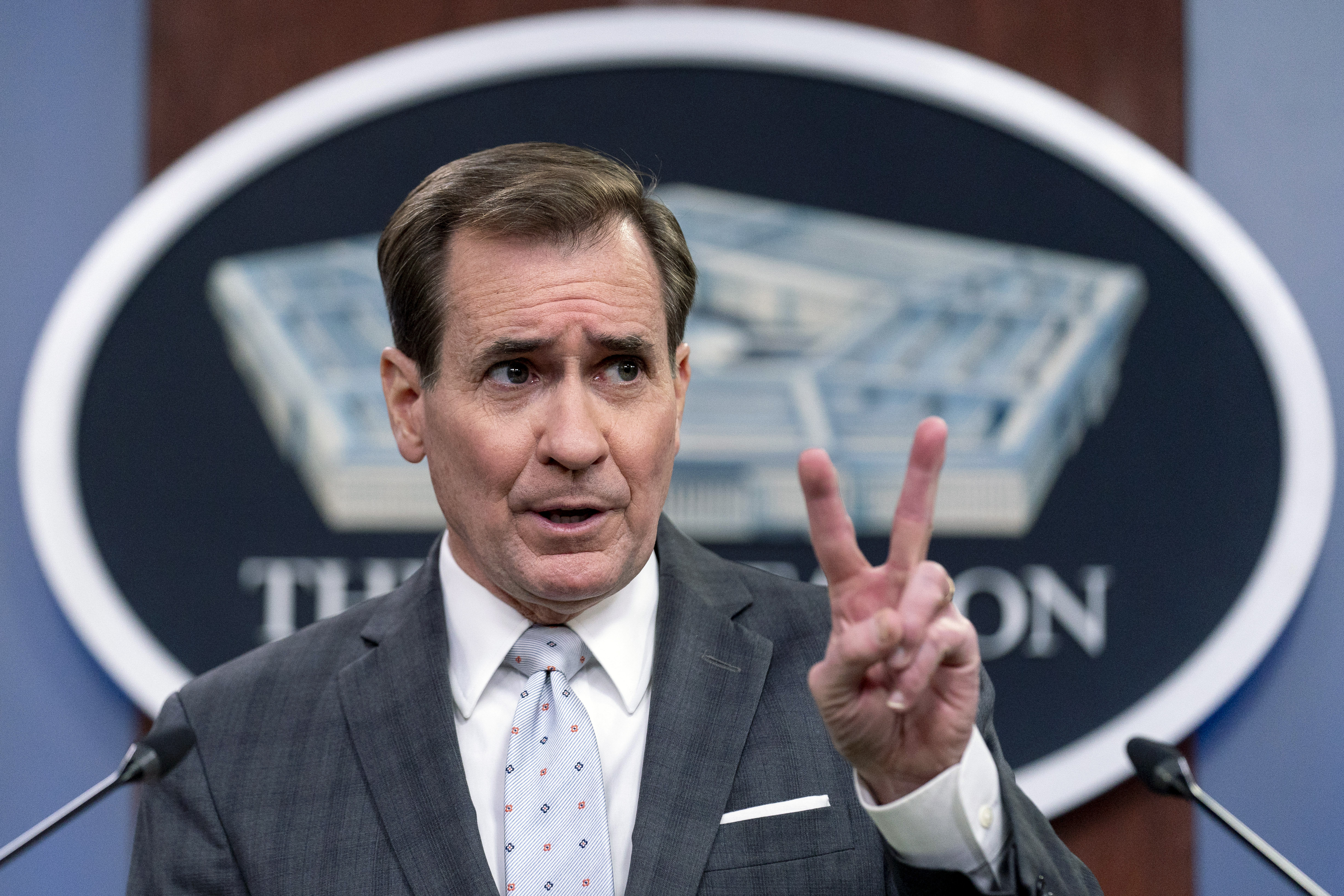 The Pentagon spokesman, John Kirby, stated this Wednesday that the confidential documents published exclusively by EL PAÍS —which included the responses of Washington and NATO to the Russian requests— “show the willingness to negotiate” of the United States with the Kremlin in order to resolve the Ukraine crisis. Kirby has referred to this documentation proprio motu in his opening remarks before a press conference at the Department of Defense. “We did not make this document public, but now that it is, it confirms to the whole world what we have always said: there is no difference between our public statements and our private conversations,” he noted. “NATO and its partners are united in their resolve to engage in serious and constructive diplomacy. The United States is making the last effort to find a diplomatic solution,” he concluded.

Shortly afterwards, when questioned by a journalist, Kirby indicated that he was not going to dwell on the United States’ negotiation proposal in public. “A European media outlet has published it and you can see it there”, she responded in reference to the publication in EL PAÍS. “It shows that what we have said in public is what we have said to the Russians in private, that we are willing to address security concerns in Europe in a reciprocal way.”

For its part, Moscow, recipient of the documents sent by the US and NATO, has reacted cautiously to their publication. “We have not spread anything, I do not want to comment on this,” was the only statement this Wednesday from a senior Russian official, President Vladimir Putin’s spokesman, when asked about the content of the letters. Dmitri Peskov stressed to the press that the Kremlin had paid special attention to the material, although he avoided delving into it and stuck to the words spoken by Putin a day earlier.

The main Russian state news agency, RIA Novosti, verified the veracity of the documents with its own diplomatic contacts. “Yes,” said the source when asked if he could confirm the authenticity of the document, as published by the media in a brief paragraph and a half news.

In his appearance, Putin’s spokesman recalled that the Russian president “made a general assessment” of the US letter at the press conference after his meeting with Hungarian Prime Minister Viktor Orbán. Peskov repeated the Kremlin chief’s statements in which he had claimed to feel “cheated” because NATO “promised not to expand”, but later expanded its membership in Eastern Europe.

Asked how he valued the news published by EL PAÍS and if he considered that the documents had been leaked in an interested way, Putin’s spokesman avoided commenting. “We don’t know, and it’s not our job to guess through the coffee grounds, so he left it here without comment. Nothing to comment,” Peskov stressed.

Russian Foreign Minister Sergei Lavrov had taken for granted on January 27 that the content of the letters would one day be public. “Our American colleagues told us that although they preferred that these documents remain in a confidential diplomatic dialogue, they had been agreed upon with all the allies of the United States and with the Ukrainian side, so I have no doubt that in the short term they will be leaked. Lavrov said.

In mid-November last year, it was the Russian Foreign Ministry itself that leaked several pages of confidential conversations with Berlin and Paris about separatist forces in eastern Ukraine. These dialogues took place in the context of the Normandy format, of which these three countries and Ukraine are part of to find a solution to the war that began in 2014.

In the current negotiations on the security guarantees requested by the Kremlin, one of the proposals of the United States and NATO is that both the West and Russia do not deploy military forces in Ukraine. On this initiative, Peskov endorsed Putin’s thesis that a Ukraine member of NATO “may consider it possible to attack Russia, for example, to invade the Russian region of Crimea.” “And then we would be faced with the threat of war between Russia and the NATO bloc,” he added.

Regarding NATO’s refusal to renounce its basic principle of keeping the doors open to the accession of any nation, Putin’s spokesman insisted on the Kremlin’s argument that this policy “does not appear” in the founding documents of NATO, although he himself recognized that nothing prevents him from accepting Ukraine or Georgia. “Article 10 of the Charter (of the Atlantic Alliance) says that new members can be admitted, but nowhere is there talk of open doors,” said Putin’s spokesman.

The first deputy chairman of the State Duma International Affairs Committee, Viacheslav Níkonov, also spoke about the White House response. “The general impression is that the response is, of course, brazen. To put it bluntly, I haven’t seen so many accusations against Russia in a long time. They automatically blame Russia for all the problems caused by the United States and its allies in the world,” Nikolanov told the Interfax agency. However, the politician admits that some proposals are good, such as addressing the extension of the START-3 nuclear weapons agreement; and create a verification system for the Russian side to check that there are no Tomahawk cruise missiles at the anti-missile defense sites in Romania and Poland, as these can reach the territory of the Russian Federation.

Another member of the State Duma, the first vice president of the lower house, Dmitri Novikov, warned for his part that the possible deployment of thousands of troops in Poland and Romania revealed today by CNN could cause a breakdown in the negotiations. “Unless this is fake news for domestic consumption, it is a totally destructive step,” he said before noting that it “complicates the situation around Ukraine” and “boycotts the fragile process of negotiating security guarantees.”