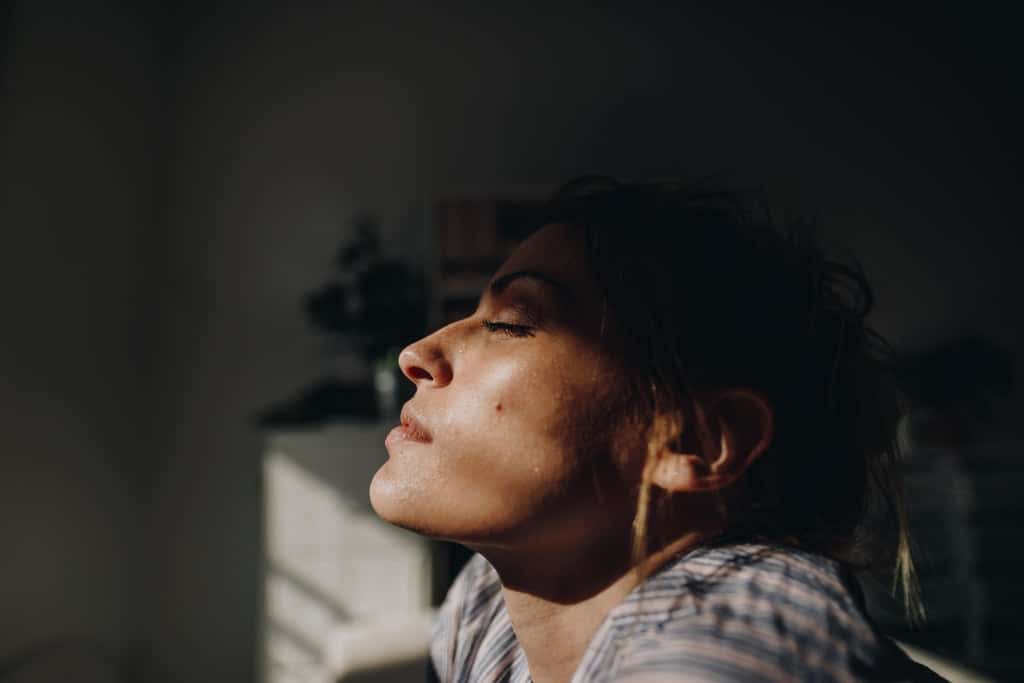 This sorry story, to be repeated ad nauseum throughout the intensive early years of parenting, is familiar to anyone who has brought up or supported a child. What has been too infrequently discussed until the last couple of years is how damaging the rollercoaster of early life is to women’s chances at work. Childcare costs, the mental load, the sharing of domestic responsibility, yes – but what happens when everything a family has put in place to support work outside the home collapses, and who bears that burden most acutely, still went unsaid.

Then the pandemic. The ultimate sudden collapse of lifelines had happened – no school, no nursery, even nannies unable to go to work, and widespread ill health – and women simply picked it up and carried it on. Globally, new research published this month demonstrated while the physical disease Covid-19 hit men harder, women bore the brunt of it economically and socially. Around the world more than a quarter of women (26 per cent) reported a loss of work during this period, compared to 20 per cent of men. Women and girls were more likely to drop out of school and education, more likely to experience gender-based violence during this time, and more likely to end up putting aside their own desires or needs to care for someone else. Around the world, the rate of women leaving the workforce to dedicate themselves to care needs rose by 10 per cent.

The same study of women’s life chances also found that more than half of respondents reported an increase in unpaid labor over the course of the pandemic. The only places it didn’t rise were in North Africa and the Middle East where, arguably, there was already the most work to do to align the economic opportunities of men and women.

Even in the relatively privileged west, where many women were able to work from home, holding on to paid employment even as they struggled to juggle it with educating their children at home and other domestic demands, the pandemic still saw women’s economic opportunities shrink as the stresses piled on.

In the UK, a pattern seemed to establish itself in many family households headed by two parents. Fathers squirrelled themselves away in a home office or bedroom, concentrating on keeping a stable income while women attempted to take on an unfathomable task: childcare, domestic work, home schooling, feeding a family three times a day (plus the endless, limitless provision of snack). Some requested furlough in order to cope. Others attempted to continue to work, but accepted that their work would be poor quality, rushed, achieved within the margins of family life. They gave up any chance of promotion and simply accepted their limitations. The result? A crushing of opportunity.

One woman, who I will call Sarah, told me her story. She had taken on a major project at work in March 2020, and her husband de ella also had a promotion. Suddenly she was faced with home-schooling a nine-year-old who was also struggling with her mental health in isolation. “All the while this was going on, my other half was working – glued to his desk by him or resting in bed. Locked away in the loft room. Barely coming out until the evening,” she explains. “And I was juggling all of this. I wanted to have a breakdown, but there is no way I could have done that. I was propping and am propping everything around me up. Has my mental and physical health suffered? Yes, of course, it’s torn to shreds.”

She describes her career as having “taken a backseat” at this time. “There is no way I could have prioritized it during all of this. There is so much other stuff that I need to keep an eye on. And I think this is the crux of it: as women, we can see more than what’s right in front of us. We can see the suffering and stress, and we aren’t able to disengage from it.”

It’s a pattern Sarah has seen repeated throughout her friendship groups, including one who works full time as a university lecturer. “Her husband of her also has a full-time job and worked from the garden office throughout the lockdown. Her office de ella was next to her then nine-year-old daughter’s room. Obviously, if her daughter de ella needed help with anything, it was my friend she came to. There was no point during the day that she was actually able to turn her attention from her to her job from her full time. She was needed 24/7 – whether she was on a call or not.”

A disappointing trope that appears on female-dominated internet discussion boards is to blame women for creating their own economic dependence on a male partner, to criticize them for allowing situations to develop where a man can free himself from domestic drudgery and the relentless cycle of wiping noses and kitchen floors, while a woman is expected to cover all that work – it is work, of course, endless and exhausting work – as well as maintain her career outside the home. That’s almost impossible, but it doesn’t stop women all over the country making themselves mentally ill trying to prove it isn’t. Meanwhile those who sensibly step back are then criticized for putting themselves in a financially precarious position.

The reality is that stepping back from paid employment often makes most financial social sense, in the short term at least. When families face economic pressures, the parent with the most secure income must prioritize work, while the mental load of, well, absolutely everything else, is passed to the other parent. With the gender pay gap in the UK sitting at 7.9 per cent for full time employees (up from 7 per cent in just one year), women who earn less are more likely to become the default parent.

It’s an obvious point to make, but the pandemic hasn’t created these inequalities, it has merely exposed them to a cleansing light. Now new data from King’s College London and Ipsos Mori shows how the post-covid era is shaping up for women: one in five Britons say childcare or other caring responsibilities have prevented them applying for a new job or promotion or have caused them to consider leaving to job. Women are twice as likely as men (26 per cent, compared to 13 per cent) to say this has been the case for them.

Experts in society and health are now openly commenting on the ways in which the last two years have embedded these existing inequalities into global societies, such as Rosemary Morgan of John Hopkins Bloomberg School of Public Health, who said: “The further we progress in this pandemic the more we feel that the inequities being exacerbated are only going to worsen, and that any pre-pandemic progress towards gender equality will be reversed.”

Perhaps surprisingly, two years of successive lockdowns and the extreme visibility of the drudgery of domesticity during covid may have done women in favour. Of course, they have suffered the most economically during this time, but now their economic profile is under discussion. It’s illuminated and cannot go on being ignored, much though some might prefer.

Anecdotal though this observation is, it’s interesting that in the push to return to the office, the biggest critics of a hybrid working life, split between home and the office, appear to be middle-aged men. Wouldn’t the easiest thing, for those who are not the “primary parent”, be to just put the jack back in the box? To scuttle back onto the commute and look away again, to pretend that the workload, the care work, the physical work, just isn’t there? To pretend that women aren’t undertaking hundreds of thousands of hours of unpaid labor without recognition?

Well, too late. The pandemic has exposed where the fractures in our patriarchy economic system are opening up, and now there is an opportunity for change. We can see the work, and we can see who is doing it. It can no longer go unpaid.

Since the 2008 financial crash and the squeeze on welfare states that followed, particularly in the UK and the US, an argument has been building for the introduction of a universal basic income, in which paid work is taxed more highly but every citizen receives a basic stipend to recognize their contribution to the economy and the fruits of their unpaid labour. There are numerous projects, across cities and nations, exploring how this might work, and endless ways to structure the benefit.

But one thing is now clear: the pandemic has exposed a clear feminist argument in favor of universal basic income. While the work they are doing to keep families and communities stable goes unrecognized and unpaid, women’s economic chances are stymied. We can no longer allow those who care for others as their primary occupation – male or female – be written off as lazy or workshy. Household budgets can no longer write off domestic work dead time.

The nation’s economic stability is so precarious, it relies on the unrecognized and unpaid labor of (primarily) women. Feminists have been making this argument for generations, but now we’ve seen what happens when you collapse society into lockdown. Work has changed, family life has changed, the workforce is being casualised, we live differently. Now is the time to think differently about how the economics of family life are reflected in government policy.

If Rishi Sunak can design and administer a furlough scheme in extremis, then sufficient thinking can now go into a form of UBI that promises to undo the economic damage that covid has done to women’s lives and create a future that respects and rewards the burden of the no longer invisible workload they have been carrying.