Skip to content
Home News The origin and the end of Éric Zemmour, the new extreme right that appears in France | International 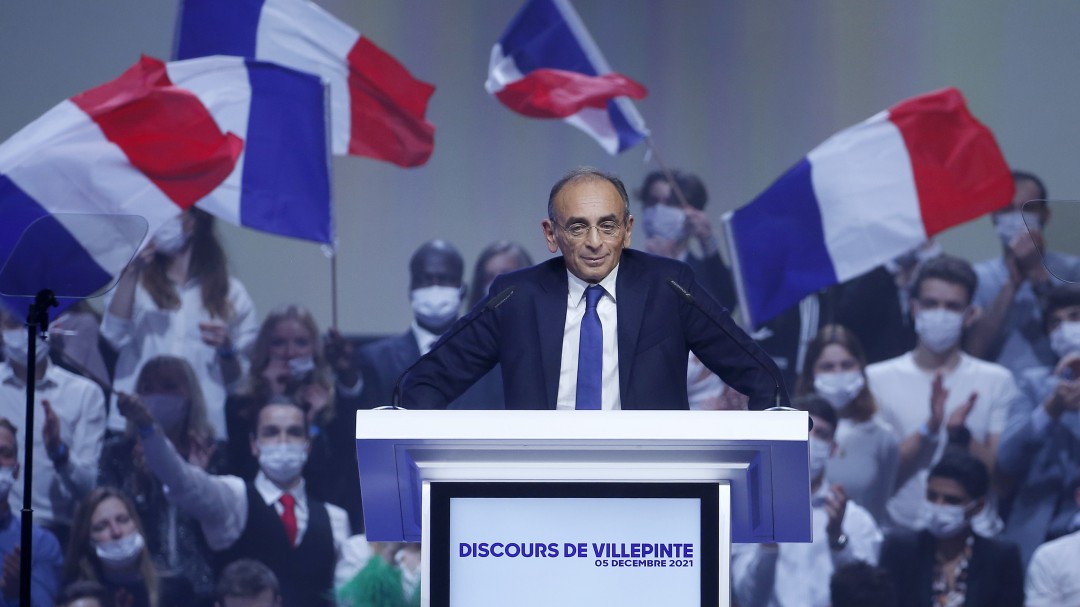 You cannot understand the phenomenon of Éric Zemmour, who this Sunday afternoon staged his first campaign act before thousands of people, without observing at the same time the evolution of the National Front, the far-right formation that Jean-Marie founded in 1972. Le Pen. When in 2011, his daughter, Marine Le Pen, took over at the head of the party, she acquired a formation very marked by the character of her father.

Jen-Marie Le Pen is a missing eye Nazi sympathizer that she lost in the Algerian War of Independence. In this conflict, he not only manufactured his imperialist nostalgia, but also earned a reputation as a torturer. In the 70s he began his political career and the powerful image of a man with an eye patch accompanied by fiery rhetoric permeates the Frente Nacional brand.

All the work of his daughter will consist from the relay in separating from her figure. The party had obtained remarkable results in the 90s, reaching the second round for the first time in its history in the 2002 presidential elections. But the country has changed when Le Pen daughter takes control of the party and establishes a process of change that conceals and moderates some positions to broaden the base of its voters. The confrontation between the two is so evident that it leads to the expulsion of Jean-Marie for statements such as those in which he defended that the gas chambers were only “a detail” in World War II. Éric Zemmour represents for some specialists a return to limitless savagery.

“There is a very interesting strategic struggle in the background. A part of the radical right believed that it could win voters by softening some positions”, indicates Guillermo Fernández, author of the book ‘What to do with the extreme right in Europe: the case of the National Front’. There Marine Le Pen inscribes her new message, which highlights her as a woman, mother, and liberal professional who supports State intervention in the economy. His 2017 electoral program included retirement at age 60, one of the star policies of what experts call the chauvinist welfare state. In other words, a government with a somewhat interventionist character and with public services, but only for the French.

On the other hand, “there is this new current, which Zemmour may represent, who defends that to soften positions is to dare, to give in to the left. This in Spain sounds a lot to us, it is, let’s say, to make the right a coward. They maintain that the left is going to hate you the same and will never vote for you, so you have to fight the cultural battle “on all fronts and with the greatest intensity, explains the professor of Political Science at the Carlos III University of Madrid.

Where does Zemmour come from?

Éric Zemmour is a journalist, historian by training, known in France for years for his work as a columnist in Le Figaró and his work on television shows. He is considered by many in France as a professional polemicist, on whose current team there are people who are linked to the neo-Nazi world. He was a controversial character and known for years.

The question for Fernández is why he is running now, when everything seems to indicate that there will be a far-right candidate in the second round, and not in 2017 or 2012, when it seemed that there would not be. The political scientist believes that support for Zemmour arises driven by a sector of the radical right and a more classical French right that now approaches his postulates, which seeks to overthrow the figure of Le Pen. “They believe that it is a disgrace for France, for the French right” that someone with the surname Le Pen stands in the elections. “They acknowledge that she has achieved remarkable results, but they think that she has reached her peak and they think that the ideas of the National Front are more widespread in society than she is and that the surname is a brake.”

This new formula that Zemmour embodies thus seeks to unite the radical rights around a common, morally conservative and ultra-nationalist identity project. In the launch video of his candidacy, restricted by YouTube for its content, Zemmour elaborates an anti-immigration message that warns of national decline, decadence, invasion and the replacement of the true French of always by migrants, with special emphasis on the Muslims. The chief rabbi of France has come to accuse this man of being an anti-Semite, despite his Jewish origin and having Algerian parents.

Fired in the polls, how far will it go?

A few weeks ago, the polls placed him in the second round, along with Emmmnuel Macron. The Zemmour effect seems to have started to wane and polls now give him between 10% and 13% of the vote. However, it could still be useful to the purpose of the French extreme right. If it stays that way, and if Marine Le Pen reaches the second round, which it seems that will happen, for the first time she would have the support of another party eliminated in the first round that could call for a vote for her.

“I have no doubt that Operation Zemmour was launched, among other things, to end the political character of Marine Le Pen; but it may end up having the opposite effect. On the one hand, because of those votes cast. On the other, because a Such a belligerent speech, of war, to make Le Pen seem more moderate and presidential. She is no longer an ogre, but makes her seem, to some extent, a complete person. ” Fernández predicts that Zemmour will not reach the second vote, but that does not mean that the extreme right will weaken. Zemmour thus stands in a new, more populist and radical formula. More fire and polarization in the heart of the European Union.